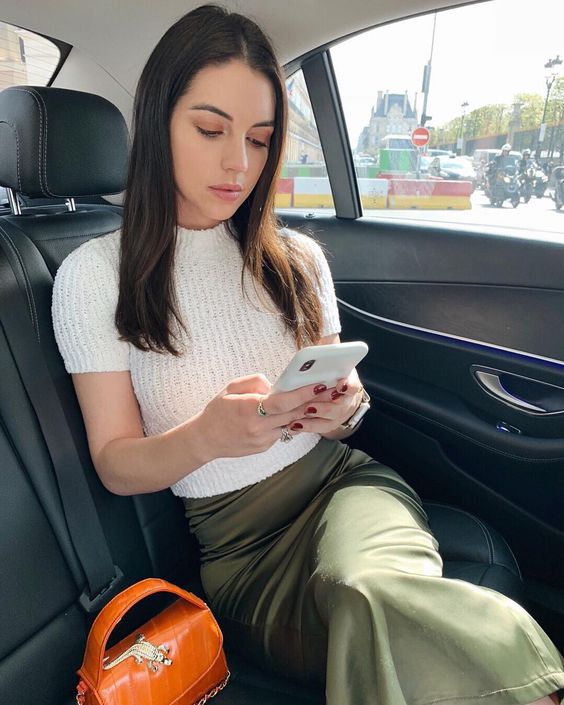 I've tried my very best to hide my teary eyes with make-up before arriving at my first lecture of the day. This morning, I've had to say goodbye to Lucien.
His flight is late in the afternoon, but I have a busy day ahead of me, and there is no way I'll make it back before he has to leave for the airport.
So we woke up early together, snuggled in one another's arms, making use of the last hours we had together. No matter how hard we tried to pretend it wasn't, though, we both knew a goodbye was looming, and it hit the both of us hard.
Not knowing when we'll see each other again, under which circumstances, or where, it doesn't feel easy and it probably won't any time soon.
I have work to distract me, and our online viewing of a possible dream appartment on wednesday, but I still cried when I left. I waited until the train departed after Lucien had kindly escorted me to the station, so he wouldn't see me cry. I'm not embarrassed about it, but it's also not something I'm terribly proud of.
I have done a shit job at preparing today's lectures, the weekend spent focussing on Lucien in stead of work, but I'm sure I'll be alright. It's all things I know already, and my students won't mind if I mess up some terms. All they'll have to do is read the information from a slide and they'll be fine.
My first class goes smoothly, everyone still coming down from their weekend, quite a few yawning and tired faces in the sea of people.
The day flies by, and for a while I almost forget about Lucien. Not like I don't remember he exists, but I don't miss him deeply for a bit.
That changes when, in a free period spent with colleagues, our weekend gets brought up. Word travels fast in these halls, and with a cheeky smile, one of the other professors asks me if I've had a good time with my boyfriend.
I let her know that my weekend was, in fact, great, and don't mention Lucien. We still haven't quite decided on how we're handling this entire 'coming out' thing, if you can even call it that, and I've decided my little stunt back in France was enough exposure for a while.
We chat a bit, one of them bringing up tomorrow's guest lecture for the first years. Apparently, they've found a great criminal defense lawyer who'll tell our students about the line of work and the cases that are handled, and considering I'm a mentor to a group of first years, my attendance is highly expected. I promise them I'll be there, and that's that.
Coming home to an empty appartment feels like getting my heart ripped out. Lucien has packed up all of his stuff, yet it still smells like him. When we move in together, that will be different. His stuff won't disappear, and his scent will stick around forever, not just for a day or two until enough air has blown through for it to fade away.
Kind as he is, he's left me one of his shirts, with a little note, telling me it's mine to wear at night until he comes back. He knows me too well, because that's exactly what I do when I get into bed that night, sending him a slightly frisky selfie to say thanks.

Next morning, the first thing on our schedule is the guest lecture. It's nice for me to be able to lean back and relax for a while until having to teach, and I almost feel like a student again as I sink down in the front row seats, putting my coffee down on one of the little tables and leaning in to my colleague sitting next to me. "So, who's this guy?"
The projector has been turned on, but there's no sign of a presentation or a lecturer for that matter, which has gotten me curious.
"Some big shot," she smiles, sipping her coffee. "Quite succesfull, apparently. Edinburgh based, you might know him. Prince...Prittchard, I believe his name is. Carl?"
It feels like all blood gets drained from my face as she speaks his name, or more butchers it. "Callum?"
She nods enthousiastically. "That's the one. Know him?"
I swallow hard, raising my coffee up to my lips not to give away I'm shaking. "Yeah, kind of."
"That's great! We were looking for someone to do the little Q&A section at the end, maybe you could do it, if you two are aquainted?"
With hands still shaking, I put my cup back down, hardly having taken a sip. "Oh, I wouldn't say aquainted, really, just..."
"So you'll do it?" She immediately signals at another faculty member, pointing at me and mouthing some words. "Great."
His lecture is quite well written, obviously not by him. He shows the glamorous side of the job, tells all about his successes, what it's like to be on top and work your way up to where he is now.
It's a bit Gilderoy Lockheart if you ask me, but I'd never say that out loud, because my work-friends apparently are all very much charmed by him, and so is half the crowd. I can't blame them. He's good looking, and very good at pretending he's a great guy.
I'm terrified, though, almost sticking to my chair from how much I've been sweating. He hasn't noticed me, but I know he will as soon as I get up there to lead this stupid question and answer thing we apparently do for guest lectures.
And as that time comes, our eyes meet. He seems... almost vicious, though that quickly makes way for a pretentious smile.
"Ah, Emmeline," he greets me, "how nice." There's many things he probably wants to say to me, and there's plenty of things I'd like to say to him, but we're in front of a crowd of students and there's a microphone right in front of our faces.
"See, Emmeline - Miss Middleton and I, we used to be colleagues," he tells the crowd after our awkward encounter. "Worked for the same boss. We know each other quite well, actually... You all should consider yourselves lucky with such a... hard working professor. Charming, too."
I pretend to take his compliment, though obviously fake. My heart is racing, and throughout the entire Q&A I feel like I could cry, though I try my very best not to let it show.
As soon as the students leave, I take that as my sign to head out as well, if it weren't for the fact I get stopped by Callum, who's talking to William.
"Emmeline," William smiles, having grabbed me by the arm softly to stop me in my tracks. "Callum here just told me about how you two worked cases together! I wish you'd told us, we could've booked him for much cheaper!"
The two men laugh together, a devilish sparkle in Callums eye that I know too well.
"Oh, believe me," he smiles, "Emmeline knows all about cheap services, don't you, Emma? How's Lucien doing?"