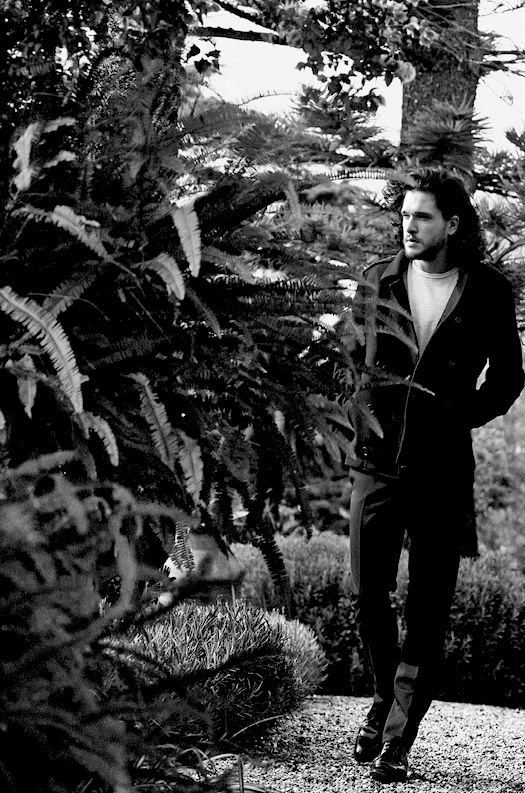 I call her first thing in the morning to make sure that she's okay. She tells me she is and I see no reason not to believe her, so I scratch the entire speech I had prepared for convincing her to call in sick and stay home.
We call again during lunch, which isn't technically my lunch but I made it that way anyway. We don't mention yesterday, neither of us needs a reminder of that, but I still can't quite shake the guilt of not being there when she needed me. When I do bring that up she starts up an impressive dialogue that I was there, even if it was from countries away and that I'm not allowed to feel guilty for talking her through that panic attack. I don't argue.
At the end of the call we make sure we both have the correct time for the viewing - seven thirty - before returning to the life of work. Most of my afternoon is filled with a photoshoot and an interview to accompay it; months after the fact word got out about my little escape to the mindfulness-retreat and people want to know more. Eailyn suggested I'd lean into it, to break the stigma of mental health, but also told me that I shouldn't tell more than I'd feel comfortable with.
"Could you tell us what made it necessary for you to go to such a retreat?" Carla asks with her best interviewer smile. "And for quite some time, too."
"I needed a... reset." I reply. "My past hasn't always been easy. Now I realise my privilege being rich and all, but there's some things that money can't fix. I thought I was doing pretty well for myself, everything considered, but the break-up revealed that wasn't exactly true. I was dealing with it, but did so with unhealthy coping mechanisms that hurt both myself and others. That needed to change."
"And when you mention the break-up, you're talking the one with Emma Middleton?"
My stomach churns uncomfortably. "Yes, but I'd rather not elaborate on that."
"I get that! But talking about Emma - is there any way you can confirm or deny the rumours that have been floating around, for actual months now?"
In the end, it always comes back to this. This interview was supposed about mindfulness, but now it's back on me and Emma. I try my best to stay polite. "I'm not saying anything regarding those rumours. Now, can we please get back to the interview?"

"Eailyn adviced we wouldn't wait much longer." I've got my phone to my left ear with my right hand, because I'm trying to take my coffee from the waitress while also giving her an apologetic smile for being on the phone. I don't like doing this, but Emma called on my way from the counter to my table. "Things like this might start leading their own life if we're not careful."
"So what do you suggest? Are we going to explain the whole thing?" Emma asks. She's already getting ready to head to the apartment; I hear her rustling around collecting her things. "Or are we just going to post a picture and leave it at that?"
"Honestly, that sounds like the best option to me. We don't owe anyone an explanation, do we?"
"No, but people are going to want one. Ah, shit!" I hold my phone away from my ear as something on her end of the line clatters to the ground. "My students are nosy as hell, as you might have noticed."
"Yeah, my interview today also got around to it very quickly. Maybe an exclusive interview somewhere? I don't like making it a PR thing, but it would just mean one big interview and getting it all out of the way."
A pause from her side. "I'm just gonna guess this interview wouldn't be held with you alone."
"No, probably not. If you're real unlucky, it's going to involve a photoshoot, too." I chuckle.
"Hey, I changed my mind. We're breaking up again."
"Have fun paying for that apartment by yourself, then."
She hangs up on me when she gets into the cab, and calls me again when the viewing is about to start. I'm briefly introduced to Rowell Collins, current owner of the apartment, and then John leads us through the apartment. It's everything that was promised to us, if not more. The fact that it's mostly empty, since Rowell is moving out this weekend, makes it easy to envision it as our own space.
"You could place the piano here, make it kind of a center piece." John chatters, gesturing to the corner of the full glass wall and a regular one. "Or more backwards if you don't want to ruin the view. Lots of opportunity with all this space! Now, I know you wanted a big kitchen and this might not entirely meet your demands, but this -" He taps one of the walls. "is not a weight-bearing wall. You could knock it down and take the storage space that it serves now into the kitchen."
"There's more storage in the hall." Rowell promises us, and he shows us.
"Really, it's got everything you want! What do you think?" John asks. Emma looks at me through the screen and in silent agreement heads into one of the bedrooms for some privacy.
"So?" She asks, having turned off the video call for a moment.
"It really is perfect, isn't it? We could alter the kitchen, do some painting..." I suggest, regarding the yellowed walls from Rowell's smoking inside.
"Also new floors. The whole living room is carpet and I'm not sure if I like that."
"But that all seems fesible, no? We could really make it our own place."
"The rent is steep, though. I can't pay much more than I do in our current arrangement and I'm not letting you pay it just like that." She says, shutting me down before I can protest.
"How about I pay the extra on the uneven months, and you do on the even?"
She agrees, albeit a little reluctant, but we both know we're not going to find a place better than this. When Emma goes to tell that to John, he brings us some bad news: because Emma and I agreed it would be my name on the lease, I'm going to have to sign the contract. In person. And both Rowell and the estate agency want it done within the week, or the apartment will go up for public viewing. I go over my schedule in my head; it's jam packed, except for coming Sunday. I have a dinner party on Saterday and meetings on Monday that I know I can't reschedule. It'd mean flying back and forth on a single day, but if that's what it's going to take for me and Emma to rent this apartment, so be it.