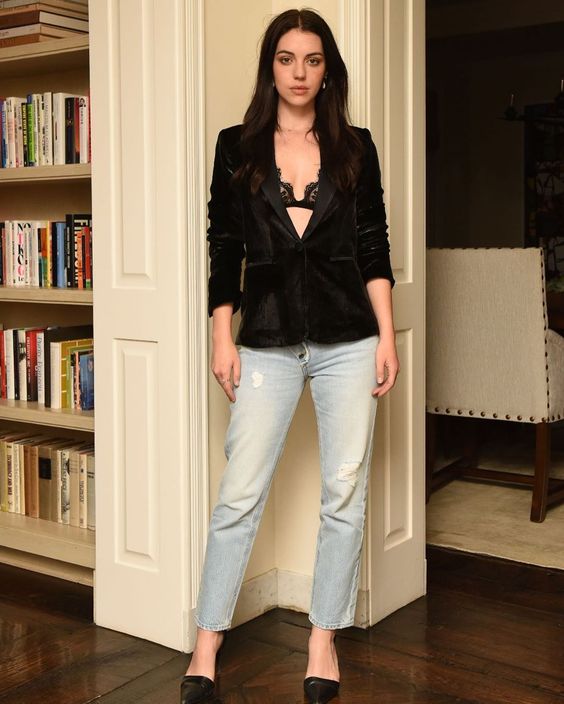 "I....," my throat feels like it has suddenly dried up, and even a sip of my drink doesn't quite fix it. "I wasn't aware that was common knowledge."
Alex smiles at me. "What can I say, rumours spread fast. So, can you tell me about that?"
"I'm not entirely comfortable talking about the engagement," I tell him, in pure honesty, hoping he can accept that as a reason not to talk about it in the article. Not because I'm embarrassed about it, but because my family doesn't even know about it. I'd hate for them to find out through an interview. "It was a... spur of the moment decision, and something I'd rather not divulge on. I met someone, and at that moment in time, it felt... right. Looking back, I realise the only reason I let myself get dragged along is because I was still trying to forget about what seemed like a lost love."
Lucien squeezes my hand, and from the corner of my eye I can see him smile.
"There's no hard feelings about it, whatsoever. That's all I want to say about it, really. Out of respect for him, but also because it's... well, it's not really anyone's business. But yes, I was seeing someone else when Lucien and I started hanging out again. We tried to rekindle our friendship, it wasn't anything more than that. There was never any kind of an affair, and we had already long broken up by the time of Lucien's party."
Alex nods, smiling at me. "In the mean time, you already switched careers. Did that have anything to do with the break-up?"
"Not really," I shrug. "I'd gotten the offer in late July, I believe, but I needed time to think about it. It just so happened to be around the time we broke up. I was supposed to still work for the firm at least two days a week as well, but I decided to focus on my teaching career fully. That may have had more to do with the break-up, and not wanting to be reminded of Lucien at all times, but... no, it wasn't some kind of petty move."
"And how are you liking it? I can imagine it's quite the change, going from being a lawyer full time to teaching."
"It's..." I smile, "nice. I get more satisfaction out of it than I did out of being a lawyer, I think. The students are all just very eager to learn, and they're quite inspiring. Though I think I won't be a professor full time for ever - I'd like to get back into the field at one point, just not yet. I'm very happy where I am right now." I squeeze Lucien's hand. "Genuinely don't think I could be any happier."
I feel drained from all of my social skills after the interview and a full day of work, and we have to go to sleep early anyway, becase our photoshoot to accompany the interview will be tomorrow morning at ten o'clock sharp.
I can't say I'm looking forward to it too much, but then again, neither was I last time and I ended up really liking it.
We take a bath together, reminding each other of the future, in which we'll have a bath tub of our own. Of course we end up talking about the new appartment, about all the things that are left to be done and the orders we need to place to get said things done.
We talk about dinner tomorrow night, and about how we're going to tell our friends we're officially back together, let alone that we're moving in within the month.
After drying off, our hands wrinkly and our minds relaxed, we get into the lovely hotel bed. It's much larger than mine, and the mattress feels like a cloud, with soft sheets and pillows that take away any kind of neck pain you might have.
"Can we take this one home?" Lucien moans, rolling over to his side.
I've closed my eyes, laying on my back. "We can have anything we want to have, du Castellon."

We wake up bright and early the next morning, sipping on room service coffee as we eat our breakfast in white, hotelroom robes. There's music playing in the background, not much more sound to be heard.
Every once in a while we talk, to discuss today. About what the photoshoot will be like, how they'll want to dress us, the poses we'll have to strike.
We talk about tonight's dinner again, making sure we've got all of the ingredients at home, and even play a game of rock paper scissors about who's going to have to do the last run for fresh groceries as we get back in Edinburgh. We get dressed in easy clothing, knowing full well that a stylist will be waiting for us as soon as we get there.
The only item I'm sure to put on is my ring, having taken it off for the bath last night. It sparkles beautifully and might be one of my most priced possessions, mostly because it symbolizes our relationship.
Lucien even lets me pluck some stray eyebrow hairs, wincing dramatically every single time.
"Did you know..." Lucien mumbles as he takes the last sip of his coffee, almost shotting it because it's pretty much cold by now.
I raise an eyebrow, looking at him. "Did I know what?"
He smiles, shoving his phone into the pocket of his pants. "I love you."
I chuckle, walking over to him. "I did know that, actually, but thank you for reminding me."
We kiss, gently, knowing full well we don't have the time to cross that line right now, a taxi probably already waitin for us in front of the hotel.
"Aren't you going to say it back?" he teases.
"Hmmmm," I smile, moving a hand through his hair to push back some of the curls. "I wasn't going to, but because you're this desperate..." he lets out a loud sigh. "I love you, too, Lucien du Castellon."