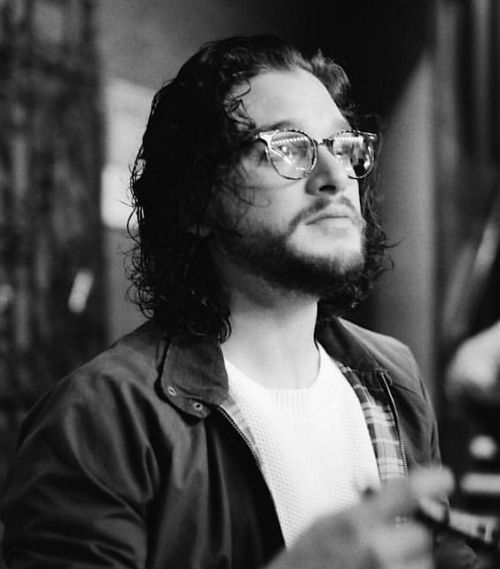 The store I booked us the appointment at is in Dundee, so we leave early the next morning. There's a part of me that's uneasy about Charles being alone in our apartment all day, but I'd be stupid to say that out loud. He asked Selene to help, but she had plans with friends. I try my best to shake the feeling, telling myself he's not going to pull any stunts because it's not just my apartment, but Emma's as well.
Once we get out of the city, Emma grabs my phone to put on some music. We've borrowed Gabriel's Land Rover, zooming swiftly over the Scotland roads.
"So is there anything I should know before we get in there?" Emma asks, and I smile.
"Don't be shocked by the prices - they range from anywhere between ten thousand to three hundred."
"Thousand?" When I nod, Emma's mouth drops open and I can't help but laugh. "Lucien, please tell me you're not going to buy a piano that could pay our rent for ten years easily."
"I'm not." I chuckle. "I'm pretty set on what I want, but it's good to try some different ones. Although I wasn't kidding when I said I'm a little scared of you finding out the price still."
She looks a little apprehensive. "Tell me anyway."
"Do you know the average price for a two-bedroom flat?" My laugh turns nervous when I see her shocked face. "Yeah."
"For a piano? That's nuts! I didn't even know they made them that expensive!"
"Honestly, it's pretty mid-range for a grand piano." I mutter, feeling a little awkward. "Listen, I know you and I have always had different outlooks on money, but I want to assure you that this isn't a small feat for me either. Looking purely at numbers it's barely a dent, but I'm aware of the crazy amount of money it is."
I feel her watching me, but the roads are suddenly busy and I'm unable to look back at her. But then her hand takes mine, and she squeezes it lightly. "Then it's all okay. I know you don't throw your money around lightly. It's your money, in the end. As long as you promise not to get a new piano every six months..."

"And here we have a Yamaha semi-Concert Grand. Darling, round sound, if a little Americanised..." The seller doesn't notice the confused look I give Emma, who shrugs. "This particular model is played by Elton John himself, which should tell you plenty if you ask me. Or maybe this Steinway and Sons model? A little more budget, but nonetheless pleasant notes.
"I have no doubt both are lovely piano's, but neither are really what I'm looking for." I smile. We're in the showroom, surrounded by all kinds of piano's. I'm itching to play and I'm pretty sure even Emma is, but we refrain. "When I called I was told you have some Blüthner models on show, as well as some Bechstein."
The man damn near gets pound-signs in his eyes as he gestures for us to follow him. As expected the more expensive models are closer to the back. Seeing all the black and ivory, I feel like a kid in a candy store. We're shown a handful of grands, one which is made of plexiglass and that I immediately hate. After having been run through the technicals, I gesture at one of the piano's. "I do hope you agree that you can't buy a piano without having played it. May I?"
"Please!" The seller agrees enthusiastically. "They are all at your disposal."
As I sit down at one of the piano's, the most expensive model here that I know I won't get but just really want to try, I wink at Emma. "Do forgive me, sir... I'm still learning to play." I say earnestly, which already gets me a worried look from the man, but that goes to absolutely horrified when I start playing Heart and Soul in the simplest way possible, even neglecting my left hand at first and using two fingers. There's a twitching in Emma's cheek that pops up whenever she's trying to hold in her laugh.
"Very good, love." She says when I'm done, sounding strained. "If you keep practising you definitely will improve. Just like you did on that other song, remember?" She comes to sit next to me on the bench, taking my wrists to place my hands on the keys. She even presses my fingers down to the very recognisable first notes of Für Elise, after which she pauses and looks at me with wide, motherly eyes. "Do you think you can do that? Just like we practised." At the end of the piano, the seller is coming to look more and more aghast. It's a stupid little play, but I can't help but love it because Emma so flawlessly picked up on it and went with it. She places my hands on the keys again, and even counts down for me. When the point comes for me to start playing, I launch into a more than decent rendition of the song. I've played it endlessly as a child so I know it by heart. When I look up after finishing it, the seller is looking rather sour.
"I do apologise." I say with a chuckle. "Just having a little fun."
"Certainly, sir. You play well." He says unconvincingly.
"Thank you. Though I don't think this is the one for me. Can I try the others?" He lets me, because I'm still going to be a paying customer, but he looks a little less pleased with us. But I don't care, because the look in Emma's eyes whenever I'm playing makes it more than worth it. Eventually, on the last one, I play out the Waltz of the Flowers, one of Eschieve's favourite pieces. I already suspected this particular piano was going to be my favourite and I was right. The seller gives us all the information needed to order one, because chances are it's going to be custom made and there's several designs we can pick from, though I'm privy to the Julius or the Ambassador make. The seller is clearly more than happy to see us go and both Emma and I are more than happy to get out of the stuffy showroom. Charles has texted us that he's still got a while to go so we can take all the time we need, which we do by driving out on the beach and having a little picnic.
"I know it's going to be a few months, but I can't wait for it to come in." I say as we're seated in the sand, a can of orange soda in my hand. "I can play for you until you're sick of it."
She smiles at me. "Are we going to trick more people like we did that poor man?"
"Emmeline Middleton," I chuckle, kissing her cheek. "If we're not going to trick people, I want the whole piano out."