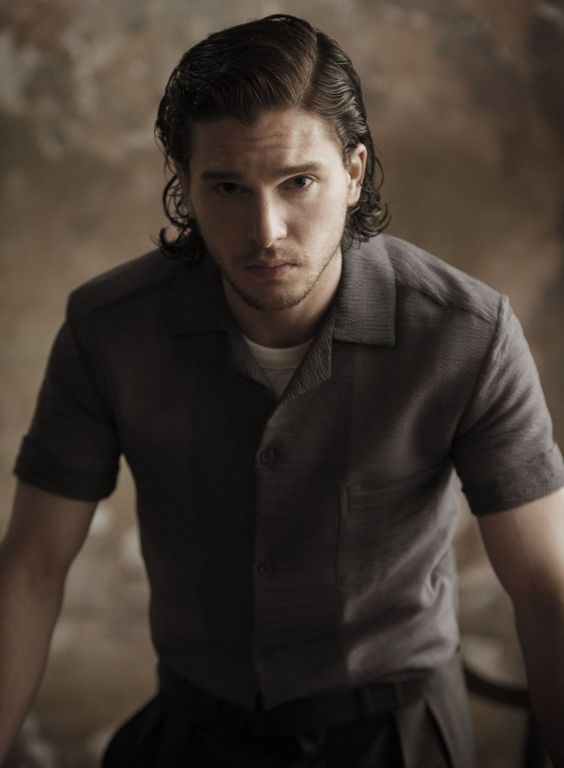 I wrap an arm around her shoulders, pulling her into my side and rubbing her arm. "The van is gonna be there in forty-five minutes, so we'll have to go soon." I tell her. "You okay?"
"I think so." She has her own arms wrapped tightly around herself. The apartment is mostly empty now, the last pieces loaded into a van we rented. Now all that remains are some odd bits and bobs that fit into Brie's Land Rover that I'll drive to the apartment myself. We're not going to take a lot of furniture, mainly because there wasn't a lot of it to begin with and many of it didn't entirely fit with our new interior. The few things that we have taken are in the rented van.
"It's just weird. I've been here since Callum. That feels like a lifetime ago..." Her head falls against my shoulder. "Can you believe it's only been a year and a half since then?"
"Really? Feels so much longer."
"Yeah, we broke up in November two years ago this year. Guess you swept me off my feet pretty quickly." She's smiling now, but before I can say something disgustingly romantic we're disturbed by Franks loud meowing. He's in his travel box, and he's not liking it. If we don't make it quick, he's going to break free. So we pack up the last few boxes in the car, placing Frank on the passenger's seat for the time being.
"I'll give you a second, okay?" I say, kissing her cheek. While the change is strange for me too, I don't have the same attachment to the apartment Emma does. No wonder, of course, because I didn't really live her, and when we first got together we spent a lot of time at my apartment.
When she returns maybe ten minutes later, her eyes are red and puffy. I welcome her into my arms, to which she buries her face in my shirt. "I'm okay." She breathes after a second. "I'm okay. I'm just... no good with goodbyes."

Most boxes have been unpacked. What furniture we took has been put in the correct place and then moved a couple of times to the correct correct spot. The vacuum is still in the middle of the room, having earned retirement today despite being a week old. Next to it, also on the floor, Emma lays sprawled out like a starfish, panting after just having moved our media cabinet. It's made of mostly solid teak wood safe the metal feet, befitting my style, but it's been stained in a kind of forest green, to fit Emma's love for colour. It took a lot of frustrations and bickering, but it really feels like we've made the perfect compromises. And I must admit; with the light-coloured walls and floors, I really don't mind the pops of colour that are strewn about the apartment.
I'm laying on the couch, body sore and exhausted after hauling things around since seven this morning. "I know we initially said we were going to get groceries and cook -"
I don't even get to finish the sentence; Emma interrupts with a miserable moan as she rolls onto her side. "I'm not ever getting up from this floor. Not to cook, not to do groceries, I'm just going to lay here."
"Good. What are we ordering?"
Thirty minutes later we're at our pale blue dining table, eating our takeaway fish-n-chips in our slightly-darker-than-pale-blue dining room chairs. We've put on an easy nineties playlist, our brains unable to handle anything uptempo, and we eat in silence. We've been working for over twelve hours, but at least it's pretty much finished now. I'm sticky all over, my curls still damp with sweat, but I wonder if we'll even have the energy to take a shower. We could just take a bath, because while it was later than the rest of the bathroom, the bamboo bathtub was put in yesterday, but even still I doubt if we can get ourselves there. Emma, as it turns out, is the stronger of us both.
"Come on," She says, tugging on my arm. "We didn't spend three weeks finding the perfect rain-shower not to use it."
"I don't wanna." I moan, letting my head fall down on the table. "Je suis épuisé."
"Yes, you are, but you also stink and so do I. Get up, you lazy oaf."
I let her pull me up and stepping into the bathroom already invites me to be more excited. It came out almost exactly like I'd hoped to, the biggest difference being the plants Emma bought the day after it was installed. It gives the whole thing a true tropical vibe, which I adore. We help each other undress before stepping under the hot water pouring down from the ceiling. Nothing happens, despite several promises from either side that we were going to ravage one another once we officially moved. It's a miracle we don't fall over as we stand there showering, again in silence. We wrap ourselves in fluffy bathrobes like we always get in hotel, because why should that something you only get to experience when you're away from home? Not bothering to get dressed beyond that we fall down on the couch, the size of which is still a little strange to both of us. It's bigger, even, than the one I had while living in Edinburgh, which is saying something.
Emma's head is in my lap as we watch Letters to Juliet, which just so happens to be on but fits the mood just right. We're really both too tired to speak or move, but there is an air of happiness between us. This place already feels like home, despite most of the things being new. There isn't a lot of my belongings yet, because we'll have to ship them from France, but it's not going to be a lot either way.
"Je t'aime." Emma rolls onto her back as she says it, a soft smile on her lips. "To the moon and back."
I tap the tip of her nose with my finger, smiling back at her. "I love you, too."
We'll have exactly two days here until my work resumes. In a cruel twist of fate, I won't be home for nearly six weeks; I'm only able to return at the end of July. But we don't talk about that yet. For those blissful forty-eight hours, we're just going to enjoy one another and our new place.