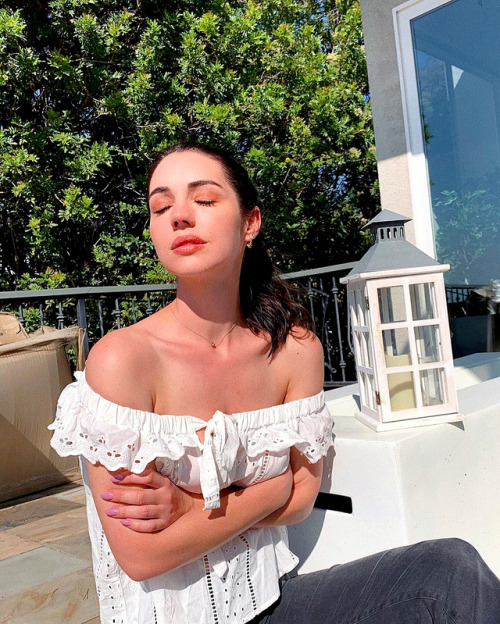 Waking up in the morning, I feel like maybe from now on, I'll actually get hangovers. Last night's drinks and smokes got me, and it takes a long shower for me to feel even a little alive.
In the shower, I also remember last night's phone call with Lucien. How he nearly forgot my birthday, calling just in time to congratulate me. I was too high and drunk to fully comprehend it, but now, with the water streaming down on me, I realise what it all means.
He forgot my birthday. He was so busy with work, abroad with other famous influencers, and he forgot all about me. I feel a little pissed off, but it mostly worries me. If something as big as a birthday could slip his mind this easily, how easy would it be for him to forget about other things whilst he's abroad?
I scrub my skin so hard yesterday's tan feels like it could come off.
I'm pissed off at him. For forgetting about my birthday, for calling late, for hardly even taking time for me. I realise it's the middle of the night where he is right now, so there's no use calling him, though it would bring me great joy to disrupt his sleep simply to be mad at him for a while.
Lucien and I don't fight. We argue, sometimes, but we hardly fight. It's the exact opposite from Callum, and it feels much more... healthy.
Luce and I argue about things like the placement of our couch, one of us using the last bit of coffee without checking with the other one first, or how much money we get to spend on things. There's never really anything that deserves a big fight, and I don't think this does either, but it would make me happy if I got to just yell at him. Like he said, last night, he deserves it.
He calls me just after I've had an early dinner. With a simple calculation, I know it's around ten in the morning in Los Angeles, which means he has probably just woken up.
"Hey, Em," his voice sounds a little hoarse, like he actually just woken up. He might even be calling from his bed, still.
"Hey," it's short, and I don't even feel the need to add his name to my greeting.
"How was your day?" he tries to make conversation, avoiding the fact that he has totally forgotten my birthday yesterday.
"Fine."
"Yeah, I deserve that," he admits, which lifts some of the weight off of my shoulders. "Once again, I'm so sorry. I don't know how it happened, but it just completely slipped my mind. I feel so bad."
"As you should," I state, sipping the glass of wine I poured with dinner. "It's once a year, Luce."
"I know, I know," listening closely, I can almost hear him scratch his face, something he does when he's thinking. "And it's totally shitty, you have every right to be mad at me for it."
"Listen, I didn't expect grand gestures or anything," lie, because until Kenna's face gave it away, I was sure he had flown in to surprise me. "But you called two minutes before midnight... I understand you're busy, but... really? Nothing? You can plan flower deliveries days, even weeks in advance. You could've had Brie set something up, you could've... I don't know, anything!"
"Did you have a good day despite my total fuck up?" he asks, probably trying to change the subject.
"Oh, no, no, du Castellon, you're not getting out of this that easily. You're an influencer, you have your phone on you at all times, yet yesterday, from the moment you woke up until the second you called me, you didn't have a single minute with that thing?"
"I.... not during the day, no."
"But you probably set your alarm on it for the morning, right? You probably even scrolled your socials for a while before getting up, or used it for Spotify."
"I fucked up, Em, I know that. I totally missed the date until later during the day, and I know that's a terrible excuse, but it's true. I... I'm sorry."
"I know you are, but I also want you to know that it has upset me. I forgive you, but I'm still upset. I...," there comes the honesty. No longer hidden behind the simple gesture of being mad because he forgot my birthday, because in all honesty, I couldn't care less about my birthday. "I'm here, without you, for weeks on end. I've accepted that I have to miss you, that you're not going to come to live here permanently, that though this place is our place, it will be me living here for most of it. Thought it's hard, I respect your choice to live this life, to travel around the world, to not be with me for weeks or even months on end. I just... it's my fucking birthday, Lucien. It's the same date every year, you were there for the last one, and still it's so easy for you to just forget about it. Like I said, I don't need grand gestures, or massive bouquets of flowers, or parties. But with everything going on, with Callum and your dad now defending me... I need you, even when you're not around, and yesterday was just a big let down for me. You haven't been here for most of these things, and I've dealt with that, and I'm fine. But forgetting about my birthday just makes it seem like you don't care, though I know you care. I didn't think that'd be included in the whole 'having a boyfriend who works abroad' thing, and I don't like it. "