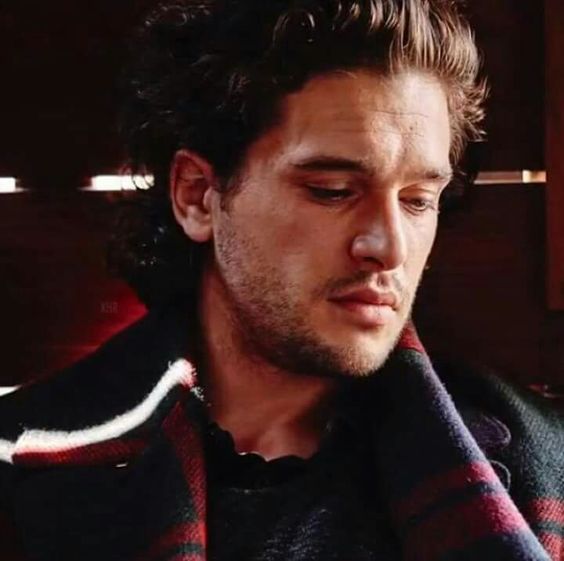 It feels weird, straight up lying to Emma, but I don't want her to suspect anything. She's out with Beth to celebrate her birthday together, which gave me time to rush down to the apartment after my flight landed. With the help of Matthew and Kenna I decorate the apartment; nothing excessive, because I've saved that for tomorrow, but enough to make it a romantic setting. Candles, flowers and in the oven there's two chocolate fondants baking away like the dinner party a couple of months ago, what might have been the first realisation from my part that I was not over Emma. I'm nervous. The past week Emma and I have been okay; after that phone call she was able to put it behind her and we moved on like normal, but I've never quite been able to shake the guilt. Which is why I'm happy to be able to do this, but what if she doesn't like it? Kenna ensures me that she will, right before she and Matthew leave, and that me being here would have been gift enough even without all the decorating and the surprise element.
I'm too jittery to sit down, pacing up and down the apartment that feels like it's been lived in but just not yet by me. My heart is beating loudly and as per usual, I'm regretting every decision that lead up to this moment. Finally I hear voices down in the hallway.
"Honestly, Beth! You can stay over, I would love you to! We'll just call mum and -"
"We both know mum is already on her way, because I called her when we left the restaurant. I don't want her to have made the ride for nothing. Seriously, Em, I'm okay. I've got things to do tomorrow anyway. I'll just grab my stuff and then head down again."
"I bet mum wouldn't mind." The turning of a key in the lock. My jaw is set with nerves as I lean awkwardly against the dining table. High heels on the wooden floor as they continue to bicker about Beth sleeping over.
"If I didn't know any better," Emma says, looking over her shoulder at her sister. "I'd say you know something I..." When her gaze flicks forward again, she notices the candles and the flowers strewn about. "don't." She finishes in a whisper, just before her eyes finally land on me. She spins around to Beth, who offers a quiet 'happy birthday, Em' before she spins back to face me.
"Happy birthday." I echo.
She slams into me, knocking the air out of my lungs and restricting my throat with her tight grasp around my neck. I wrap my arms around her, breathing in her scent. All is right again, now that I'm back with her.
"I can't believe you're here." She whispers when she finally pulls away, wiping the tears away from her eyes. "I don't... how? Was this all a game?"
I shake my head. "No, I honest to God forgot your birthday on the day of, because I'm a fucking idiot. This was the very least I could do."
She hugs me again, burying her face in my chest. "You shouldn't have, but I'm so glad you did."

After saying goodbye and eating the chocolate fondants, most of which ended up on either of our faces because now there's no Jessie to bust us and be difficult about it, we find ourselves on the couch. Limbs entangled, never letting go of each other for more than a few seconds. Only now do I realise how hard these weeks have truly been on me - on both of us.
"I've got something for you." I mutter as one of the candles on the coffee table breathes its last breath. "But you'll have to go get it yourself."
"Excuse me?" Emma chuckles. "What kind of gift is that?"
"One that has been in the house since we moved in. Come on." I get up, offering her my hand. She takes it, a look of intrigue in her eyes.
"See, I had things planned for your birthday. A scavenger hunt through the apartment. I put it all out before I left and I was supposed to text you the first clue. But then I forgot and it didn't feel right the morning after, because you were understandably pissed at me." I tell her as we head to the bedroom. "And then when I managed to set up this little visit, and I decided I wanted to be here as you got it..."
"You," Emma says, poking my side. "are officially the worst."
"Hey, you could have found this at any given moment. It really wasn't that well hidden, I was surprised you didn't." I smirk, gesturing at the closet that takes up an entire wall of the bedroom. "Between the t-shirts."
"Between the..." Emma squints, suspicious, before sliding open the closet door and rummaging through my clothes.
"I'd expected you to find it because you always gush about wearing my t-shirts to bed." I smile. "Which makes me think that you might not have been doing that now."
Emma peeks over her shoulder, cheeks pink. "I've been wearing the same one. It smells like you."
I want to make a smug comment about that, but then Emma pulls free the little square box that was hidden between the layers of fabric. She holds it on the palm of her hand like it's going to explode.
"Well? It's there to open." I encourage. "The gift is not the box, though Frank might think about that differently."
To that she punches my shoulder, but it does break the tension. She carefully undoes the little ribbon and flips open the top. Inside there's a delicate gold ring, vaguely reminiscent of a wedding band. Emma seems to have that same thought, because her eyes flick to mine with a slight hint of terror.
"I'm not," I explain quickly. "asking you to marry me. Not yet, anyway." The blush that gets me is phenomenal. "I had it designed to stack with your other ring. There's an engraving, too."
The way she peers at the inscription is strangely adorable, and so is her confusion when she realises what it is. "Coordinates?"
"From where we first met. I know neither of us knew that this is where that night would end, since we hated each other's guts, but... It was our first meeting after all."
"Rome." She breathes, a soft smile on her lips.
"Rome. And if you're okay with it... I would love to take you back there. Doesn't have to be this summer, or even this year, though that would be perfectly fine. Just... some point in the future I want to take you there. And explore it with you, instead of trying to avoid you."