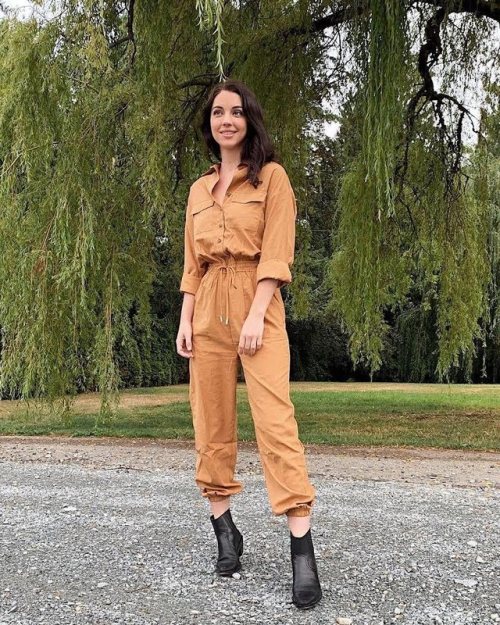 "You....," I let out, still not completely having gotten over the fact he's here. It has all felt like a dream, to be honest, one I could wake up from at any moment and realise I'm all alone. "You're...."
He chuckles, enjoying how speechless I am right now.
"I am what?" he asks, as he takes my ring from me so I can slide the new one on under it.
"I'm not sure yet," I breathe, adding the jeweled ring on top now, amazed by the beautiful combination. It's simple, but it makes sense. "Crazy? Amazing? I'm not... I can't quite find the words to explain."
He smiles, wrapping his arms around me and pressing a kiss to my temple. "That'll do. Both crazy and amazing sound pretty well fitting for a situation like this one."
I enjoy his arms around me, taking in his familiar yet ever slightly changing scent, the feeling of his heartbeat if I focus hard enough.
"When are you leaving?" I've been afraid to ask, but it seems fitting to know before we drink more wine and probably either fall asleep on our new couch or head off to bed.
"Tomorrow," he says, apolgetically. "It was the only full day I had off, and I have to be back in Germany early Thursday morning, so my flight back is around ten tomorrow night."
"So...," I bury my face in his chest, "I have a little over twenty-four hours with you?"
"Yes," he answers, his voice void of any kind of emotion, as if he's trying to check with me how I'm feeling about that.
"Honestly," I peek up at him, seeing him look at me as well. "That's all I could've asked for for my birthday."
We kiss, his hands around my face as mine rest on both of his upper arms. There's no need to hurry, no need to rip one another's clothes off, just a shared kiss that tells how much we've missed each other.
"So...," I make sure to put on my nicest face, smiling up at my boyfriend who must already realise I'm about to ask a question he can't possibly say no to. "Can we watch a Julia Roberts movie?"

"I don't get it," Lucien mumbles, scooping some ice cream into his mouth, then lifting another scoop to my lips because I gave him begging puppy eyes. "Why are they all acting like he's the ass? Until the whole scene with the painting, she was the one who did things wrong. She had a boyfriend for the first bit, she talked shit about him... Sure, he could've thought twice about rejecting her, but why did he have to beg for her back?"
I reach up a single hand, my head in his lap, softly touching his cheek. "Baby, it's a movie."
"A movie you love. And sure, it's sweet, but... there's so many things that seem off. She could have just been honest about her dating a simple man, couldn't she have?"
"It was filmed in the late nineties, love," I chuckle, watching how wound up he has gotten over our viewing of Notting Hill. "Things were different back then. And it's all about the big, romantic gestures. Back then, it was all about the man winning the woman over. It was already quite groundbreaking when people saw the whole 'I'm just a girl' scene."
"Something I don't understand either! He turned her away after that," he almost groans. "Why would you do that? This woman wants you to love her, and she loves you, and you just..."
I smile, tracing a finger across his jawline. "He was just afraid to get hurt, so he pushed her away. You... no, we, out of all people, should understand."
His laugh is one of mixed emotions, and he looks down at me. "I wasn't aware you saw the deeper, philosophical message in all of these nineties Julia movies."
I smile, sitting up straight and moving around so my legs are now in his lap. "You have to find the message in all of these movies. They're not only perfect entertainment, they're also powerful. Which is why they're my favourite."
He smiles, moving a strand of hair from my face and pressing a kiss to my cheek. "I thought that was simply because of Julia."
I shake my head. "Julia is amazing, but she also just picks the perfect movies to star in. Or picked, dare I say, because her later movies aren't my favourite. But there's so many more we have to watch..." I flip Lucien off as he sighs as if he's already done with me. "Oh, shut up. This is my only guilty pleasure, and you love me for it."
He smiles, pulling me onto his lap entirely now, his face disappearing into my hair and his breath on my neck. "I do love you, but..."
"Never," I wrap both hands around his face, pulling him out of the nook he was hiding in. "Follow up an I love you with a 'but', Luce." I say it jokingly, but I'm entirely serious.
"I wanted to say I do love you, however your undying love for nineties Julia Roberts movies isn't the reason I do so."
I move my hands through his hair, pushing it back and out of his face. "Just don't ever say 'I love you, but' again."
He smiles at me as I can tell his brain is still processing this information, but he nods. "Note taken."
"Good," I press a light kiss to his lips. "So now that we've watched this masterpiece of a movie, what else do you want to do?"
His hands moving from his own sides to mine, dangerously close to my breasts, tell me enough, but I decide to play dumb and annoy him just a little longer as he stays quiet.
"Another Julia movie? Oh, I thought you'd never ask!"
Our hands fight over the remote, his to turn the tv off, mine to look through movies, and he eventually gives in when he realises I'm not going to.
"So... Stepmom or My Best Friend's Wedding? Or something a little older? Steel Magnolias? Runaway Bride?"