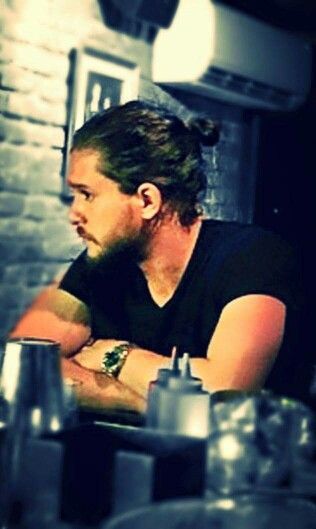 The laptop closes with a loud smack, the picture I was editing disappearing before my eyes. Eschieve's hand is splayed out over the lid, her pastel yellow nail polish chipping. "You have not moved from this place since I came to get breakfast this morning. I think you've done enough work for the day."
I glare at her, flipping the laptop back open. "You better hope that saved."
"It was never even gone, because you turned off the feature that makes it go to standby when you close the lid." She quips back, heading towards the kitchen to grab herself a soda. "Come on, Luce. You've been glued to that computer for days now."
"I know, I know..." I lean back in my chair. "I'm trying to work ahead."
"Why?" With a fluent movement, she pulls the chair across of me free and sits down.
"Just so that I have some things on back-up. I don't want to be on my phone or computer all the time when I get back to Emma."
For a moment, the way she looks like mother used to do when she was reading me. As it turns out, Eschieve is doing just that. "Are you even still enjoying it?"
"Of course I am!" At my quick response, she raises a brow at me. "But it's.. hard, being away from Emma. Not being sure when I'll see her again. I did it all the time with Liliana, but this time it's.. different."
"Who'd have thought it would be you who's looking for more stability in their life." She smirks, ducking when I toss a pencil at her. "Look, am I wrong? You want to be with Emma more, after only dating for three months again. This isn't 'getting used to', this is how it's always going to be. The only thing you're going to have to get used to, is being away from her. Unless you find a way to stay at home more."
"Remember the last time I tried that?" I run a hand over my face. "Can't say that worked out great for me."
"That's because the world of law just isn't for you! You were still trying to please father. But there's more to the world than law and influencing. Like the thirty-degree weather outside and the pool that is waiting for us." She jumps up with a hand extended my way. "Work's done for the day."

Besides two photoshoots and an interview I can do most of my work home-bound. Eschieve keeps making a point of dragging me away from my computer every now and then, making sure that I actually get to enjoy France while I'm here. Three days from now I'm flying back to Scotland, with another month almost entirely off - safe some more remote things. Eailyn realised that she really had been asking a little too much of me over the past few weeks and ensured me she would tone it down. While all the events really weren't all that bad, it was all the flying and the jet lags that were getting to me. Now, after having been back in the same continent for two weeks, I'm finally regaining a sensible sleeping pattern.
Over the past days I've spend a lot of time trying to find something else to occupy me, something that would keep me a little more steady, but I'm coming up with... nothing. In the end I decide to leave it to rest until I'm back home and discuss it with Emma, in the hopes that her fresh perspective can give me some new ideas.
In these last days, I've got the mansion for myself. Eschieve is on holiday with friends, celebrating the Summer in Greece. Jacques might make an appearance, but I really don't need him to. I spend a lot of time in the city, enjoying the little cafés just by myself. Plenty of fans come up to me, making for fun interactions. There is still a lot of questions about Callum, who apparently has gained quite the following. I get caught in the crossfire when two girls that came up to me start bickering about him, seemingly forgetting that I'm still there.
"I'm just saying, you wouldn't just make up something like that! As long as we don't have definitive proof he didn't, I believe him."
"But we don't have proof that supports his story either! Only his word, just like we do for Emma's side of the story."
"If you ask me, Emma has stayed suspiciously silent about the whole thing." The girl crosses her arms in a defiant pose. "If it hadn't been true, she would have said something by now."
"Or maybe she's afraid she's going to be attacked by people like you! I'm not saying that I definitely believe her, I'm just saying that we don't know."
"If the genders had been swapped around, Emma would have been cancelled so hard right now!" She snaps, shaking her head. "You're just not defending him because you don't think boys can be victims of abuse like that."
"Alright, I'll take that as my cue to leave." I say, leaving my payment on the table. The girls look stricken.
"No! Please, we'd like to get your opinion on this!"
"I really don't think I should. Sorry, ladies. Have a wonderful day." I am briefly worried they're going to follow me in an attempt to get it out of me anyway, but it seems that they are quickly engulfed back in their discussion. On the way back to the manor, I call Emma.
"Hey you!" She says cheerfully. "How's life in the sun?"
"Been raining all day there, hasn't it?" I chuckle. "It is just darling, getting a nice tan by just looking outside."
"Show off."
"You love me and my tan lines. But I'm doing okay, people have not gotten any less bold regarding our mutual friend with the big C. How are you?"
"Pretty good. I've been hanging out at The Griffin today, helping Charlie with orders and whatnot. Selene is on a business trip, so he could use the extra hands. And Brie is coming over for dinner tonight - you're missing my truffle pasta."
I groan in misery. "I know you're never going to agree to it, but I think we should make a rule where you're only allowed to make that when I'm there to enjoy it."
"Well, you're right." She laughs. "I would never agree to that."
"Hey, talking about Brie - he was absolutely adamant about picking me up from the airport on Monday. Wouldn't hear it when I said I'd just take a taxi, considering I land at seven in the morning. Do you know what that's all about?"