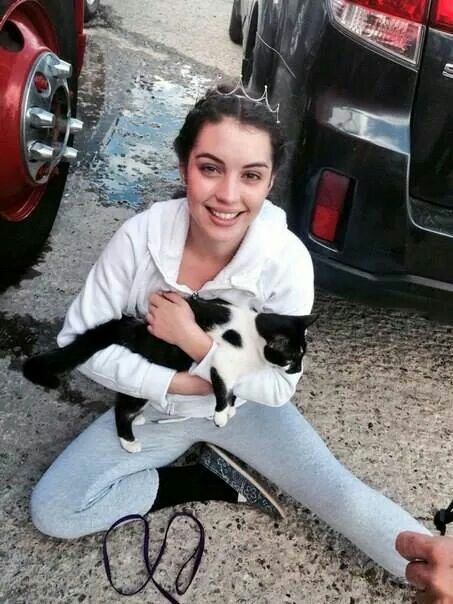 It's almost crazy how simple life is. With worries washed away, we could almost be called a normal couple. We work, come home to one another, have dinner and go to bed, often with our cat laying on the bed with us.
On days off, we have lunch or dinner with friends. Lucien still travels on a weekly basis, but he makes sure to come back to me as often as he can. I work four days a week, which is a nice kind of routine I'm starting to get used to.
After the trial, it obviously was the only thing my students and even my colleagues wanted to hear about. A lot of the details got leaked, as they do often in high profile case, which made it even harder for me to stop them from talking about it.
It took some time, but they slowly got bored of not getting any reply from me, and the questions have died down. Surely they still talk about it behind my back, but at least I'm no longer being bombarded by memories.
Now, vacation has started for all of us, which means I'll spend more time at home by myself, with Lucien still doing events and work related meetings.
Currently, he has gone to London, and he'll hopefully be back tonight if they don't take up too much of his time today. I've made myself breakfast, and am sat on the balcony, Frank loudly complaining inside. Tomorrow, my parents are visiting, and honestly, I'm quite nervous about it.
This will be the first time they see Lucien again after the whole break up drama, and though they have both acted quite neutral, I'm not too sure how they'll act.
Mum was lovely on the phone, when I told her about us moving in together a while ago. Though she was sad she didn't get to help out, she was very accepting, and I could even hear my dad mumble something quite positive when she told him.

"That is a gorgeous colour," is the first thing my mum tells us as she steps through the door, followed by my father. Lucien stands beside me, smelling like lavender after his shower, and has just taken his arm away from my waist to shake my parents' hands. I'm probably more nervous than he is, which caused him to smile when I told him. "Did you do that yourselves?"
"Sure did," I smile, receiving a small peck on the cheek from my father.
"See, Reg," mum turns to my father, "I told you we raised an independent, creative woman. Absolutely gorgeous colour." She has now put both of her hands on Lucien's upper arms, almost checking him up and down before pressing one of those motherly kisses to his cheek. "It's good to see you again, Lucien."
"It's good to see you, too, miss Middleton," he smiles, only to correct himself when he sees my mother give him a stern look. "Nancy."
She chuckles, squeezing him softly. My father shakes his hand, and the two men exchange casual greetings.
"And where's my grandchild?" she asks, looking around the room. "I'd hoped he'd be here by now."
Lucien shoots me a questioning, almost worried look, which causes me to chuckle. "He's lounging on the couch. Mum," I look at Lucien, "has taken on the role of Frank's grandmother, because he's the closest thing she currently has to a grandchild."
Lucien laughs, the worry immediately forgotten.
"Unless you two have something to tell us," my mother chirps, immediately shot down by my father's awkward cough. In his eyes, I'm still twelve and not even thinking about sex. He'd be excited about Charles having kids, probably, just not me. Not yet.
"Oh, no," Lucien tells her. "
We lead my parents into the living room, where my father eyes the piano up and down, a twinkle of excitement in his eyes that Lucien immediately catches on to.
"Emma told me you play, too," he gestures at the grand piano. "Feel free, it's there for a reason."
Almost as if the piano is his grandchild, my father sits down behind it, almost mesmerized. I haven't seen him play in ages, he was always too busy working.
"I tried to teach Emmeline for years," he comments, his fingers finding the right keys, "but she wasn't quite... patient enough. Just complained how she wanted to be able to play all of her songs now, and not in a few months after she'd learned the basics..." His voice drifts off as he plays the first chord.
I pour my mother tea as we sit down together, my father still behind the piano.
"The place truly is lovely, Linie," my mother tells me, dipping her biscuit into her tea. "Absolutely wonderful." With her free hand, she's started petting Frank, who absolutely loves all of the attention he's getting. "Has Charles been by? Beth?"
"They have," I smile, "though Charles wasn't too excited at first. He was... holding some grudges, still, with the whole break up and all. But he's alright now, and Beth absolutely adores the place."
"I've tried to get Daniel to drop by, but you know him... busy, busy, busy."
We talk some more about family, about work, their yard, and the trial comes up too. My parents never knew much about it, steering clear of all drama relating to my life, so they're shocked when we tell them the bare minimum of what has happened over the past year and a half. My mother makes me promise to never keep secrets like those from her, ever again, and even my father seems emotionally touched by our confessions. Lucien assures them that he'll take good care of me, something they gladly accept, and we say our goodbyes. They have to be home in time, because Phoebe sticks to a strict schedule that they can't break, and they make us promise that we'll drop by soon. We do, and they take the elevator down.
"Well, that went well," Lucien smiles, relief visible on his face as he pulls me in to his arms.
"You've been re-accepted as their son in law," I chuckle, feeling him press a kiss to my temple. "We've even got mum's blessing to start a family."
He laughs, wrapping his arms around me even tighter. I can feel him pressed up against me entirely, and part of me wants to drop everything and drag him into the bedroom to celebrate this easy milestone, but I'm interrupted by both of our phones vibrating loudly.