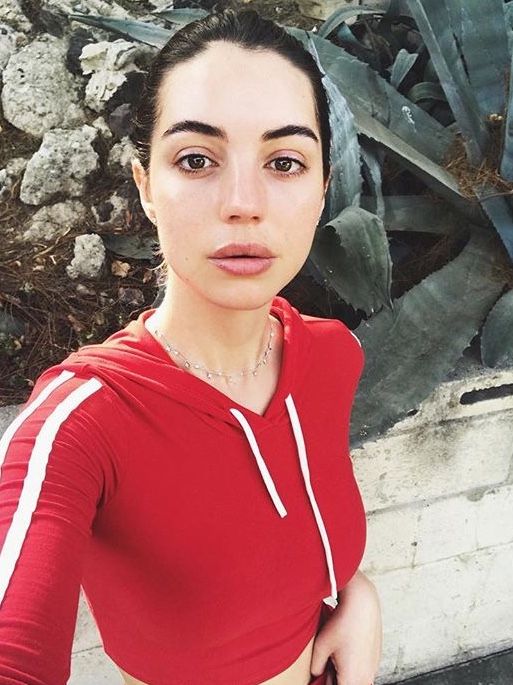 Over ten minutes later, Lucien still hasn't returned with my tea, and I haven't even heard the kettle. Assuming he's either forgotten what he was about to do and is now just staring into the distance until he remembers or he has gotten interrupted by something, I get up from the couch and head into the kitchen.
"Baby, where's my...." I stop dead in my tracks as I see him, leaned against the kitchen cabinets, blank stare on his face as he has his phone pressed against his ear. He mouths a name that's been on our lips several times in the past twenty-four hours, not a single sign of emotion on his face.
I mouth an 'are you okay?' and when he nods, I retreat back into the living room. This conversation isn't mine to be a part of, and Lucien deserves to talk freely. So I sit down on the couch and turn on a re-run of a crime show, petting Frank as I sip my wine.
People are getting brutally murdered on my screen, but I can't quite keep my focus on it. In the mean time, I turn to googling Ezio. Something I haven't done before, because it didn't feel necessary, but with him suddenly calling Lucien, I want to know more about him.
He's a good looking guy. Not quite my type, but definitely handsome. All of his profiles are private, but they still tell me enough. He doesn't seem to be some kind of up and coming influencer, trying to get his fame by name dropping Lucien, which is good to know. Then again, that makes him even more of an ass for portraying Lucien like this, because it doesn't seem to have any good reasoning behind it.
I end up scrolling through more gossip accounts, who have now apparently made up a rumour that involves Lucien, Gabriel and me being in a secret three-way relationship. It's absolutely ridiculous, as are most of these theories, but it does make me chuckle. The arguments they have for this one hundred percent being real baffle me. From pictures they've found of me hugging Brie to the three of us in London, Kenna and Matt adequately cut off. It's insane, and luckily, most people in the comments seem to agree.
An hour later, and Lucien still hasn't returned. I can't hear him talking, but that doesn't mean he isn't still on the phone.
I'm done watching my show, no longer catching any of my attention, and I've gone through another few glasses of wine. Part of me wants to just go to bed and hear from Lucien in the morning, but I know I can't do that. No matter good or bad, he has to talk about this conversation with his exposing ex, and he can't do that when I'm fast asleep.
So I keep myself awake, playing a game of fetch with Frank that ends rather quickly because he lays down on the couch next to me and closes his eyes. After, I play some games on my phone until all my lives are gone and I have to either beg for them from friends or buy them, both of which I'm too proud to do.
About an hour and a half after Lucien's first disappearance from the room, I get up and make my way into the kitchen. He's still in the same spot, phone pressed to his ear. I can hear someone speak on the other end of the line, but I can't tell what he's saying.
"Baby," I say softly, catching his attention. Our eyes meet, and I can't define the look in his eyes. He mumbles a quick 'give me a second' to the person on the other end, and pulls the phone away from his ear for a second. "I'm going to go take a bath. I'll be back out after, okay?"
He just nods and smiles. "Okay."
"I love you," I remind him before he returns to his conversation and I turn on my heels to head into the bathroom.
I've lit a few candles on the edge of the tub and have poured more of my favourite lavender and apricot oil into the water. The water is a little too hot, but it relaxes my muscles and thus calms me down ever so slightly. I've turned on some music in the background, even, and Frank is staring at me from his favourite spot on the sink.
Behind me, I can hear the door open, then close again. I turn my head and see Lucien, smiling at me weakly.
"Hey, love," the waterdrips onto the floor with cute little sounds as I lean an arm out of the tub, smiling. "Are you coming in?"
He seems to doubt that for a second, then starts shedding clothes. His shirt comes off first, then his pants and underwear. Just like we did ages ago, I have him sit in between my legs, his back leaning against my chest. He hisses at the temperature of the water, which makes me giggle as I wrap my legs around him slightly.
"Welcome to another, entirely free, therapy session," I press a kiss to whatever exposed skin I can find as his hands place themselves around my legs. "All of these centimetres of therapy wrapped around you for the steep price of your share of rent. Now," I try and keep this whole happening as light-hearted as it can be, knowing full well that Lucien would hate it if I went all emotional on him. "How was that phone call?"