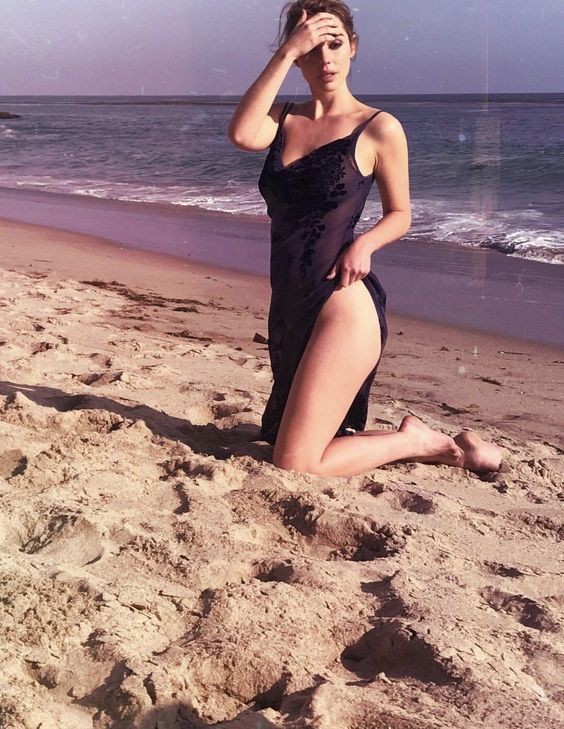 Sure, the views we see on our hike are breathtakingly gorgeous, but my eye keeps drifting off to Lucien. Even sweaty and slightly out of breath, he's the most beautiful thing I've ever seen.
Though I don't remember much from last night, I must say I wholeheartedly agree with myself. Maybe not quite in the hasty way I must have begged him for, but whenever I look at him, my heart skips a beat. There's no way in hell I'm not marrying this man. It doesn't matter when, be it a week, a month, a year or a decade from now - I want to marry him.
I don't think I've ever been this sure about something. I never pictured myself living the normal life - getting married, having kids, it wasn't on my bucket list. But when I look at Lucien, there's not a single doubt in my mind.
I picture us, together, somewhere either in Scotland or France, or both. A beautiful home, trips to the ocean yearly, first with just the two of us, later with our children. Two, maybe three. They have Lucien's curly hair and my eyes, and they've got godparents and grandparents that love them, surrounded by caring people. I watch his muscles tense and relax as he walks, the back of his hand wiping away sweat every few minutes, and how he pushes his hair out of his face.
"Hurry up and stop staring, Middleton," Lucien yells out, quite a few metres in front of me. "We can take a dive in the ocean as soon as we get down."
I pick up my pace, ending up next to Lucien quickly because he's stopped walking. We've been on this hike for quite some time, and the sun is beaming down on us. My hangover has disappeared, though tiredness has now set in, and just the simple thought of cooling ocean water on my hot skin makes me moan almost sexually, causing Lucien to chuckle.
We discard our hiking clothes in the appartment and covered in just our swimsuits and a little layer to cover us from staring eyes, we head back down to the ocean. It takes every single ounce of willpower not to drag Lucien into the bedroom first as soon as he sheds his shirt, but the amount of sweat dripping down my back stops me.
Our last layer of fresh clothes meets the sand in no time, though, as we both sprint into the water. It's quiet all around, as if everyone got the memo that the beach is supposed to be ours, now.
The cool water hitting us simultatiously feels refreshing, and without a sliver of a doubt I drop down immediately, letting it cover me head to toe.
We drift around for a while, soaking in the water and letting it clean us until our skin is salty and our legs get tired.
Lucien has made his way over to me, and still in the water wraps his arms around me. In my turn, I wrap my legs around his torso, having him carry me, my arms around his neck.
His skin is tan, showing small tan lines where his shirt is for most of the day. He's still very much more tan than I am, but I don't mind it. Sun-kissed, happy, free Lucien is my favourite Lucien, I'm sure about it.
It suits him, French born and raised as he is.
After checking if we're actually close to alone, safe the people on the beach metres and metres away, we break the last bit of distance with a kiss.
We might be far away from home, people might still recognise Lucien, and a scandal wouldn't be the best thing to cause right now, especially with Lucien and Brie's video about the whole Ezio happening so fresh.
We have been recognised only once, and by someone who hardly spoke a word of English, and that was more than enough.
I can already picture the headlines in those gossippy magazines or the clickbait used for videos - Sex on the beach - is Lucien du Castellon actually that trashy? or Lucien and Emma show their wild side amidst sexuality scandals.
"Something," Lucien whispers against the skin just below my ear, "tells me you're not entirely into this, miss Middleton."
"Something tells me you are," I chuckle, our bodies meeting under water. "I just don't want another scandal. Not sure my family would love pictures of us like this plastered online."
He lets out a mixture between a sigh and a groan, knowing I'm right, and presses a soft kiss to my lips.
The bed isn't quite as comfortable as the one back home, but I don't think either of us really notice. We've shed our swimming suits, our sun-kissed and warm bodies meeting immediately.
Lucien's hair, still slightly damp, leaves little droplets of salt water down my chest as he kisses me, gently.
"Just checking....," he hums, our eyes meeting. "You are on the pill, yes?"
I roll my eyes, softly shoving him, not hard enough for our bodies to break contact. "Yes."
"Just wanted to make sure, with the whole baby making thing...," from the sparkle in his eyes I can tell he thinks he's really funny, and he's lucky he's the love of my life, or this would have totally ruined the mood.
"No babies," I purr, my hands both in his neck, pulling him closer to me. "Just love making."
"Good...," his hands trail down my body, and he knows full well how crazy he's driving me with his touch. "Mrs du Castellon."
I'm not sure if it's his touch, the words he speaks or a mixture of both, but I can't hold back my moan as our lips meet and my heart almost flutters out of my chest.