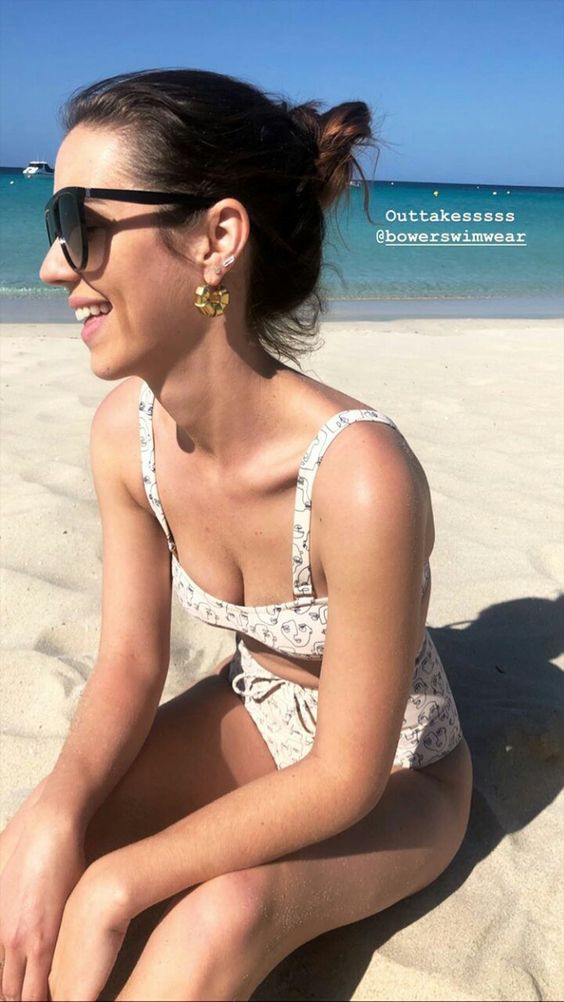 "Good," I smirk, "because I wasn't planning on letting you put a baby inside of me any time soon, no matter how enthousiastic I may have sounded last night."
"Alright," he chuckles, "message received, miss Middleton."
"I liked it better when you called me mrs du Castellon," I purr, taking his hand in mine over the table, "But I'm just saying... I'm good with it just being the two of us for a while. I like it like this..."
He just smiles, giving my hand a tight squeeze. "Good. I like it like this, too. Just you and me."
"I just...," from the look on Lucien's face, I can tell my facial expression has also changed. "You've answered me honestly, so I feel like I should, too. I... I never really wanted kids. I saw the hurt it caused, my mum losing Louis, raising Phoebe, and seeing others unable to have kids, or losing kids at a young age. I had girls in my high school get knocked up at sixteen, losing everything because of it, giving up their future... Kids were only meant for the lives of people who either desperately wanted them, or those who accidentally became parents. When we had that little... scare, back in Bamburgh, I lost it. You were there, you saw every second of my breakdown. I was sure I wasn't ready to be a parent, nor was I ever going to be. Not because of my childhood, because it was... fine. Just because I didn't see myself as a mum. And then, throughout my breakdown, I started doubting the whole idea I had printed into my brain. That I shouldn't have a child, that I wasn't fit to be a mother. When I saw you, the way you reacted when I dropped that bomb on you... something changed. I still thought we weren't ready to have a baby, at that moment in time, but it wasn't because I didn't believe we could do it. It just wasn't the right place, nor the right time. We were fighting your dad over the termination of our contract, But... from that moment, I realised that maybe I could be a mum. So last night.... I may have been really forward, way too forward for right now, but I meant what I said, I guess... I don't really remember what I said, exactly. But I know that if I'm ever to have a child..." I realise that, unconciously, I've been squeezing his hand really tightly, and I let go a little. "It would be with you. Not now, but... whenever we're ready, if we ever get lucky enough to even get pregnant."
I now understand why we've never spoken about this, because I feel like a teenager again, not sure where to put my hands or where to look.
"So now I've been rambling," I chuckle, for sure blushing as I look at him once again, "but... well. Just know I love you, and even though we've just talked about having kids longer than we ever have before, I'm very happy with it just being the two of us for now, and for however much longer we'd like it to be just the two of us."

After our conversation, which ended in just a bit of not-even-awkward silence, Lucien has walked over to the bar to get the both of us some drinks. Not quite as many drinks as we've had last night, but still a few drinks.
It feels as if he has only left for about a minute, when a man walks over to me. He's not too tall, has dark hair and tanned skin, plus an almost creepily white smile.
"Olá bela dama," he smiles, one hand on the back of my chair. It feels very inappropriate, but I let it slide, knowing how people around here can get very friendly without really knowing you.
"Sorry, I don't...," I mumble, wrapping the little see-through kind of cardigan around me to cover up some of my bare skin. "Speak the language."
"Oh," he answers, but he doesn't seem to feel cast down. "I was just saying how you are a beautiful woman. Why are you out here all by yourself?"
There's a thick, portuguese accent to his words as he splays himself all across the chair Lucien was just sitting on.
"I'm not alone, actually-," I'm about to continue my sentence, but he rudely interrupts, eyeing me up and down.
"Where are you from?"
I fold my hands in my lap, peering back to the bar. I can't quite see Lucien, and I suspect he has gone off to the bathroom, or he's somewhere in between the other people waiting to be served at the tiny bar.
"Scotland, I'm here with my boyfriend," I put extra accent to the word boyfriend, though it doesn't seem to phase him.
"Scotland? Beautiful country, I've been once... Glasgow, yes? Why are you here?"
"Romantic trip," I tell him, once again, "with my boyfriend."
"Where is he?" he finally seems to acknowledge the whole boyfriend part, yet laughs about it as if it's no big deal that he's here, obviously flirting with me. "Why would he leave such a beautiful lady all alone?"
"Like I was about to say, he went to the bar. He's about to be back."
"The bar?" he peers around me, straining his eyes. "Which one is he?"
When I turn around, I don't see him either. Still, he could just be hidden away somewhere. "Bathroom, then."
"How weird he has just left you. A beautiful woman like you, all alone out here. I'm sure he wouldn't mind if I kept you company for a while, now would he? Why don't you tell me a little something about yourself, beautiful Scottish lady?"