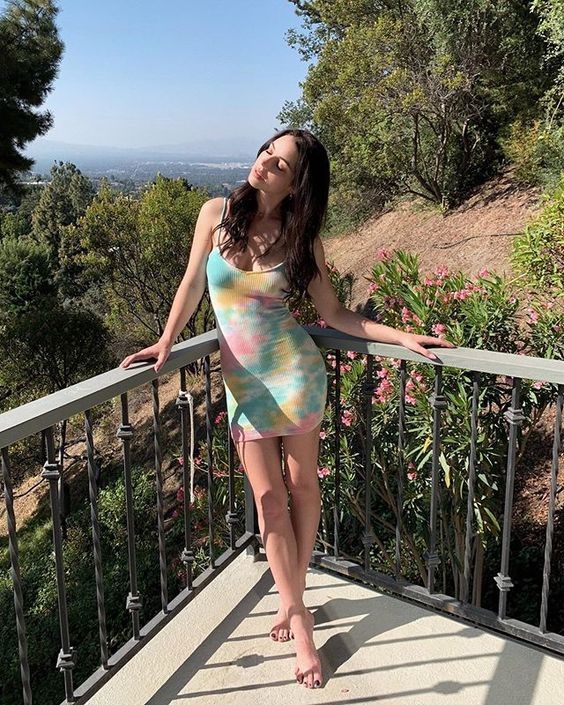 "Nothing..." I'm still catching my breath, as if I've been holding it for minutes on end, which could actually be the case. "There's nothing you can do. Let's just.. forget about this, yes?" I put on my most convincing smile, though my eyes don't try their hardest to keep up with the happiness. "Let's not let one wanker ruin our night, let alone our trip."
When we get back to the appartment, Lucien offers to pour me a drink, considering we didn't even get to drink our cocktails. I decline politely, excusing myself. I want to take a shower, wash the feeling of his hands off of me, and the cold sweat that was dripping down my back with it.
I don't understand why this has gotten under my skin like it has. I've dealt with plenty of pushy, lusty men in my days. Kenna and I used to go on a trip together every year, and every year there'd be lads wanting to chat us up, trying to get in our pants or at least get our number. Some of them would get the memo when we simply told them 'no', others were a little harder to shake.
We have even had to be rescued like damsels in distress from these two men that refused to leave us alone when we were in Prague together, getting handsy until two friendly Irish men swooped in and acted like our boyfriends.
This man, however, was different. He wouldn't stop, not even when Lucien showed up, and didn't take no for an answer. Even when he saw how uncomfortable and awkward I felt, he wouldn't stop.
And that's what scares me. That there's men that thrive on other people's fear. That like to hunt women like they're prey, that like pushing buttons and blurring boundaries, hoping to get them weak and willing enough.
"Em?" A small knock on the door interrupts my stream of thoughts, my eyes regaining focus in stead of the blurry sight I've been staring at. "You okay? You've been in there quite a while."
"Fine, fine," I reply within seconds, my voice a little hoarse. "I'll be out in a second."
"I'll make some tea," his voice sounds patient, sweet, "and I'll be out on the balcony, okay?"
"Yeah, okay," I have placed both hands against opposing shower walls, breathing in and out heavily. "Just a minute."
"Take all the time you need," he reassures me, and I hear his footsteps fade away.
If I could just cry right now, it'd release some tension, and I'd be fine. But I still feel... like my fight or flight response should be kicking in, but in stead I'm frozen. Just like I was when his hands felt up on me, caressed my cheek, slid up my leg. No matter how hard I scrub, I still feel dirty.

I don't remember much from the dream I wake up from, the only thing I realise is that I wake up with a pounding heart, a dry throat and Lucien sitting upright beside me, worry visible on his face after he turns on the bedside light.
"Em?" I'm still catching my breath, trying to calm it down.
"I'm alright," I mumble, my voice hoarse and my hair wet with sweat, sticking to my forehead. "I'm alright."
I know he doubts that, smiling at me weakly. "Bad dream?"
Softly, I shrug. "Think so."
I reach my hand out to him, waiting for him to grab it, which he does pretty quickly. "Want to talk about it?"
"There's nothing to talk about," I tell him, in all honesty, "I don't remember what it was. I just woke up..."
"Screaming." There's no judgement there, though it surprises me how he tells me.
"I was screaming?"
Calmly and again without any judgement, he nods. "You started just mumbling things, and then it turned into... something between a moan and a cry, and then you woke up screaming."
"Oh," I feel deflated, almost embarrassed. "I don't know... what happened."
He presses a kiss to the back of my hand, gesturing for me to lay down. I snuggle up to his bare chest, the difference in our skin temperatures cooling me down pretty quickly.
"It's okay, Em. I'm here to keep you safe," he now presses a kiss to the top of my head, and I truly do feel safe. "I'm sorry I wasn't there tonight, or at least not in time to keep this from happening."
I look up at him, a glimpse of pain on his face. "You can't blame yourself for that, Luce. You... you were there in the end, and it ended without bloodshed."
"I just wish," he caresses my hair, almost like a mother would do to their child, "I could've prevented it."
"So do I," I breathe, "but some things can't be prevented. People that want to do bad things wil do bad things, it's upto us how we handle it. And we've done pretty well so far. This isn't our first rodeo, and it definitely won't be our last. I'm just glad to have you here."
He moves slightly to turn off the light, leaving us in the dark. His hand has started tracing little patterns on my back as his heartbeat calms me down.
"I think I dreamt of Callum," I mumble. "I'm not sure, but I think I did. Tonight just reminded me of him. He... ever since we moved in together, pretty much, he had two settings. Either he wouldn't even touch me, maybe kiss me briefly as a form of greeting, or he'd be all over me. That would mostly be when he was drunk, or just really horny and there was no one around to cheat on me with, I guess. I would... give in, because he was my boyfriend and we were supposed to be in love. But it was never because I wanted it, only because he needed to get off. He'd be.. hard-handed, rough, never checked with me if I was okay or if I even came, which I never was and I never did. Looking back, I just think he liked that - the control, the doing whatever it was that he wanted without having to think about anyone else."