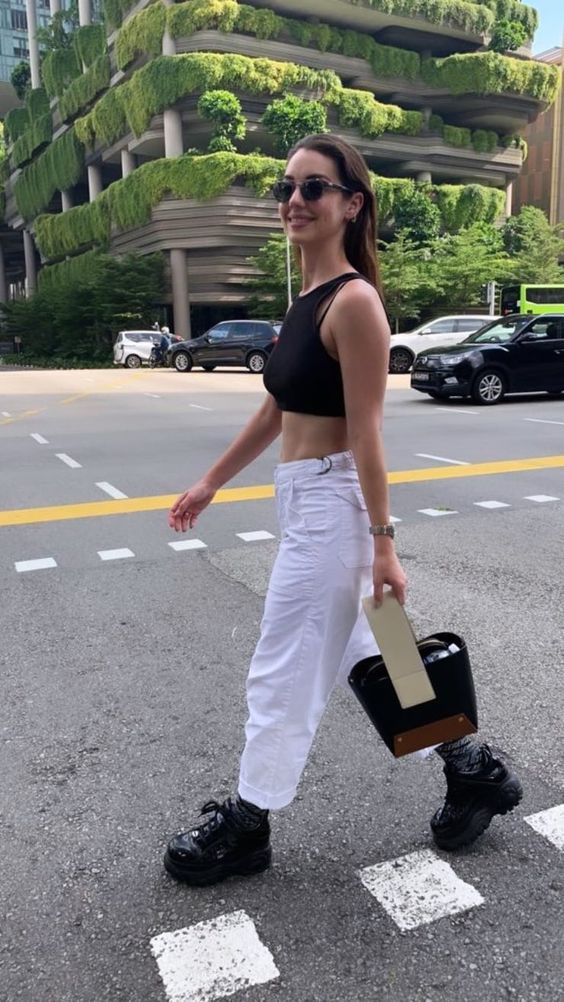 Lisbon is beautiful and breathtaking as well, be it in a different way. It's less hot here, the high rise building cooling down the streets slightly, yet it still definitely feels like a vacation, being here.
Our appartment in the centre of the older part of town has a beautiful view over what feels lik the entire city, and from it we look down on all of the tourists wandering the streets.
We come in late at night, only stopping for dinner before passing out in our comfortable, yet tight, bed.
The next morning, Lucien is the first to wake up. I wake up god knows how much later from the coffee machine brewing fresh coffee with a buzzing noise, and make my way out to the kitchen in just the robe he has packed for me.
Lucien is in just his underwear, sipping black coffee and staring out of the window, looking up as he hears my bare feet patter on the floor.
"Morning," he smiles, welcoming me into his arms as I snake in underneath his arms, nuzzling my face into the crook of his neck.
"Good morning," I answer him, still not quite awake, though the smell of coffee is surely helping me out in that department.
I break our embrace, sipping from the cup he has no doubt poured for himself. I don't quite like my coffee black, but it sure does wake me up, and Lucien seems to love the face I pull when I gulp up the bitter, hot liquid.
"I was thinking we could go out into the centre today," he kisses my temple, pouring himself another cup of coffee after me stealing his. "Just stroll, explore."
"That," I put down my cup, the bitterness lingering on my lips. "Sounds like a great idea. Are you going to be good, surrounded by peasants?" I wiggle my eyebrows as Lucien groans, rolling his eyes as he scans my face up and down.
"I live with you now, I'm quite used to peasants," he replies, quick as ever, which causes me to try and kick him by quickly lifting my leg up. He sees right through all of my plans, though, and stops by grabbing my shin before I can do any damage, causing me to groan even louder.
"You love me," I tell him, taking another sip of coffee. "Even though I'm a peasant."
He chuckles, shotting his coffee like it's cheap, watered-down tequila. "I sure do."

Walking hand in hand still feels freeing, even though we came out as a couple months ago. No one seems to pay attention to us, either, which is another great experience, and I feel like I've fallen in love with a place once more.
I fall in love with the colourful buildings, in total contrast with the stark-white of those next to them, and the music played at every establishment we walk past. We stop for a late breakfast or early lunch at some place, and even though it takes ages for our food to get to the table and some of our order being messed up due to the language barrier, I feel happy.
To my wishes, we enter some book stores, not buying anything because the only English books they sell are classics that I already own and I don't speak Portuguese, and Lucien buys his sister a necklace at this beautiful store that is painted a bright green colour on the outside.
"O lindo casal deve me deixar pintá-los," a man almost shouts at us as we walk through the arts district, shades on to protect our eyes from the sun. It's obvious he's talking to us because he reaches his hand out to us, and we stop merely because he's smiling bright and doesn't seem like he means any harm.
"Desculpa, nao falamos portugues," Lucien tells him, pretty much the only Portuguese we've learned on this trip. The man just flashes his smile again.
"I like to paint you," he gestures at his canvas and his brushes, "beautiful couple, beautiful! Please, sit."
I was never one to fall for tourist traps like these, but now there's nothing holding me back and I'm very tempted to just accept. Just by exchanging glances by Lucien, he seems to agree. There's nothing to lose.
We sit down on the wonky, wooden seats opposite of him as he smirks.
"João," he points at himself, still smiling. "You?"
"I'm Emma," I smile, "and this is Lucien."
"Emma, Lucien, beautiful, beautiful," he nods, his pencil already sketching on the canvas as he looks at us. "Not from here? Where?"
"France," Lucien answers, almost immediately, as if that's his trained response. "And Scotland."
"Ah, France! Je parle un peu français. Beautiful country, beautiful people! Beautiful men, yes?" he nods at me, and I can't help but chuckle, nodding too.
"Very beautiful," I place my hand on Lucien's knee.
"Married?" he asks, going in with an eraser, staring at the canvas for seconds at a time, then flicking back to us. "Children?"
"Not married," we answer at the same time, both laughing as we notice. "Just together. No children."
"In love?" he asks, letting the information sink in. "Yes?"
"Oh, very much," I squeeze Lucien's knee softly. "Madly."
He glances at Lucien, who agrees with my statement. "Very much in love."
"Then why not married?" he cheekily glares at Lucien, throwing up a gesture that probably shows disbelief. "Beautiful woman, in love! You should marry!"
Lucien smiles in his turn, his hand finding mine on his knee. "I will, João, I will. Just not yet."
"My father, Tomas, always told me," his eyes are now foccused on the canvas, though flicking over to us from time to time, "if you find beautiful woman, you love her, you marry her and make babies! No time to waste."