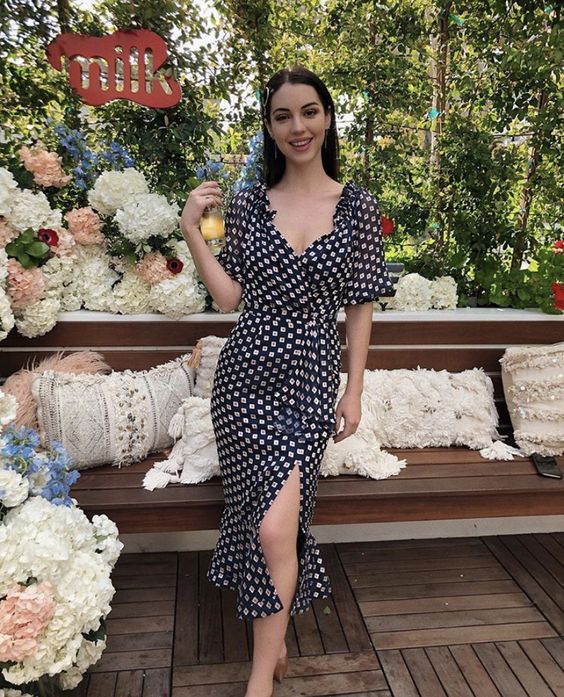 It's almost endearing how nervous he is, as if he's told me he wants to spend every last penny on starting an elephant farm in the centre of Edinburgh.
"I think it sounds like a great idea," I tell him, patiently, my eyes still on his face, where his expression changes every few seconds.
"You do?" he sounds surprised once more, now also studying me the way I did him.
"I do," I smile, reaching my hand out to touch his. "Baby, I want you to be happy. This plan might need finetuning, and a lot of it, but it seems... manageable. Not right here, right now, but if this is what you really want, we'll make it work. You seem passionate about this, and you've obviously put a lot of thought into it. The important details will get figured out - the schools, the what after you get your degree, how to set things up, we'll get that sorted."
He looks relieved, yet I can still pretty much hear his heart pound out of his chest.
"Now drink, you look like you're a teenage boy about to tell your girlfriend's father you knocked her up," I move his wine glass a little closer to him.
He chuckles lightly, nerves still visible in his every move. "I'm with you every step of the way, yeah? Now stop being so damn nervous."

The house smells delicious and mostly of garlic when we greet our friends. Eschieve and Beth show up together, having gotten very close over the past few months apparently, and immediately go on their own little tour of the appartment - Beth being the guide, leading Eschieve around. Lucien hasn't even gotten to hug her yet, which he gives me a questioning look for.
"Just really curious about your rainshower!" we hear from the bathroom, "I'll be out to hug you in a second!"
We both laugh, and not much later a second batch of people arrives in the form of Brie and Matt. They both tell me how tan I've gotten, which I flip them off for, knowing full well my skin has almost gone back to its old milky white shade with small flakes of red.
Last but not least are Kenna and Tom. Kenna hugs me immediately, not saying a word about my so-called tan, and squeezes me as tightly as she can.
Almost as a form of greeting, Tom hands me his child, who already has her little chubby arms reached out to me from the moment they stepped into the hallway. "Oh, my favourite little girl," I coo, kissing her soft patch of baby hair as she starts playing with my dress. "You get bigger every time I see you!"
"I thought I was your favourite," Beth pouts, returning into the hallway and hugging Lucien. "Good thing I'm Lucien's favourite sister in law, aren't I, Lucien?"
"We both know he'll only agree with this because Phoebe doesn't feel this sense of competition and won't understand, yeah?" I tease, which causes her to flip me off.
In comes Eschieve, hugging her brother tightly. "Looking good, Lu."
She then turns to me as Emilia is trying her very hardest to see if my ears detach from my face, and chuckles. "You too, Em. When are you having one?"
Lucien and I groan almost simultaniously, causing everyone around us to laugh.

"So she's pretty much screaming every profanity in the book as I try and make sure not to rip off any of her skin," Lucien teases, telling them all about how badly I burnt on our trip.
"Did not! I behaved like a princess, though it absolutely hurt like a bitch."
Kenna glares at me, as if their eight month old daughter would even understand a word like that, let alone repeat it - she can't even speak.
"Yeah, that burn looked terrible in those photos," Brie adds onto Lucien's story. "Your skin was almost the same shade as your bikini. Though Lucien didn't seem to mind, now did you, Luce? Those shots looked quite intimate at times..."
Eschieve and Beth both cover their ears at the same time. I understand them very well, not wanting to hear about anything intimate between us, which is why I wave Brie's comment away.
"We had a great trip, and the burn has almost peeled off entirely."
"So are we getting a pregnancy announcement a few months from now? A love baby made in one of those cabanas?" Matt inquires, which again leads to laughter as Lucien and I roll our eyes.
"The next person," Lucien groans, "to bring up us making babies won't get dinner."
"Ah, Lucien," Beth chuckles, "they'd be so cute though! Like Emilia, but with darker hair and Emma's crooked nose!"
"My nose isn't genetic, you cunt, or you would've had it too! It's not my fault Michael threw a ball at it and broke it in fifth grade," I laugh. "But yes, definitely with my boyfriend on this one. No more mentioning of a love child, or I'll either deny you food or put rat poison in it."
There's an exchange of looks in the room. First it's Beth and Eschieve, then Eschieve and Brie, Brie and Matt, and Brie to Kenna.
"Babe," Kenna looks over at Tom, who's bouncing Emilia on his lap. "You were keeping time, yes?"
Tom almost acts like he didn't want anything to do with this, but still whips out his phone from his jacket pocket. "Sure did, because you threatened me into doing it. Thirty-eight minutes."
Beth groans, as Eschieve looks at the boys and Kenna. "It's going to be a neck and neck one, guys. I called fourty-five, I'm pretty sure..."
"Damn it, I called 30," Brie sighs, "there goes my twenty pounds."
"I'm out, too," Matt sighs, whipping out his wallet. "I said fifty"
"I said over an hour," Beth leans her head back. "Luckily I only put a fiver on it."
Kenna almost sparkles as she takes Emilia from Tom. "Let it be known I am a true Emma expert... because I called it: fourty minutes before both Emma and Lucien would shut down baby talk entirely."
"And this is why you should never let my wife in on bets," Tom chuckles. "She gets very intense."