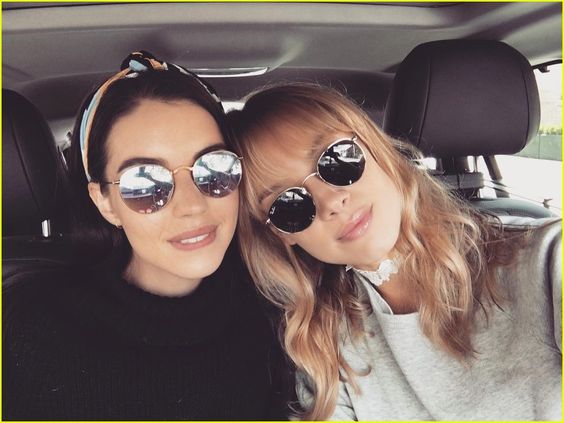 Five weeks of not seeing Lucien hasn't been great for my happiness. Knowing that in about an hour from now, he'll come bursting through the doors, only to take a shower and grab his second suitcase, filled with fall-appropriate clothing, and we'll be off.
The place I've rented out for the week is beautiful - a little old-fashioned and kitsch, but lovely nonetheless. It has six bedrooms, a massive kitchen and overlooks a lake. The perfect place to spend a few days, unwinding from all of the stress that comes with normal life.
The past couple of weeks were weird. Not having Lucien around, only focussing on work... It's not my favourite way to spend time, especially now that details of my court case have reached my colleagues and even students, seeing references to it in essays that have been submitted to me.
I'm tired, and looking forward to some quality time away from everyday's struggles and worries. Frank, on the other hand, doesn't seem to be looking forward to it too much. The place is pet friendly, which is why I decided to bring him in stead of shipping him off to my brother, but he hates the carrier and has been scratching me every time I walk past after trying to have him get used to it.

I'm going over my luggage for the billionth time when I hear our front door open. "Em?"
Almost tripping over my own feet, I make my way to the hallway. Lucien looks tired, like he always does when he's been working and travelling, but a smile creeps onto his face as soon as he sees me.
"Hey, baby," I purr, letting him wrap his arms around me. He's a little sweaty, but still smells just like him, and I breathe in his scent as he drops his keys in the bowl next to the door. "Tu m'as manqué."
He kisses my temple. "I missed you, too. Where's that little demon?"
I chuckle, leaning my head on his shoulder. "In his carrier. Which he hates, by the way. You just can't hear his screaming over the music," I gesture into the air, "but he hates my guts, currently."
"He'll get over it," I watch him as he moves a hand through his hair, holding back a yawn. "I should go take a shower, I promised Brie and Matt we'd pick them up at one sharp, and traffic is a bitch."
"I could join you," is my offer, which immediately gets shot down by Lucien, who shakes his head.
"No matter," he snakes an arm around my waist and pulls me a little closer, "how much I love that idea, we wouldn't make it in time. I need more than half an hour with you after those lonely weeks."
I pout, but it's a done deal, and Lucien wanders off into the bathroom without me.

"Yeah, yeah, your life sucks," Brie laughs for the tenth time, interrupting another one of Frank's screams. He's tucked in between the two men in the backseat, and every time we turn a corner or hit a speedbump, he screams as if he's being brutally murdered. Matt still managed to fall asleep while Brie has taken it upon himself to play catsitter. Lucien is in charge of the music as I'm behind the wheel.
Lucien wanted to drive at first, until I assured him that I wanted to, too, and that it'd be nice. He shouldn't be driving after all of the travelling he's been doing anyway. So now, he's just got his hand on my knee, squeezing it from time to time, driving me totally crazy. After over a month of being away from him, I need more than a simple hug or a hand on my leg.
In the distance, we start seeing what looks like our home away from home. Big, brown fences surround the property, and the hardened road turns into sand within a few metres. Kenna and Tom are in the car behind us, followed by Eschieve and Beth. Brie is leaned against the window behind me, smiling.
"Damn, Em, you didn't lie when you said you found us a quiet getaway! What is this place?"
Lucien and I, being the people who booked, are the only ones who knew where we were going. Of course there were some demands from our guests - wifi, decent beds, etcetera, but apart from that we got all of the freedom to do whatever we wanted.
"It used to be a farm, and it still houses several farm animals," I hear Brie gasp, partially because he loves animals, partially because this trip will result in a massive amount of instagram photos. "Six bedrooms, six bathrooms, a great kitchen, and even a built-in sauna."
"I'm never going to want to leave," he sighs, taking in the view as we get closer and closer to the actual main house. "I'm going to have to buy it, that's just it."
"You'd hate being away from the city for longer than a month," Lucien laughs.
"True, but this would be my own little getaway. And you guys would be welcome, too, of course... Damn!"
We park in the designated spots, and everyone else's face looks pretty much exactly like Brie's when they come out of their cars.
"What do you guys think? Is it good enough?"
"Good enough?" Kenna is the first to speak as Tom lifts their daughter out of her seat. "Emma, this is amazing! Look at all of this space! Can we go explore?" There's a sparkle in her eyes that resembles that of a child in a candy store. Matt has slowly woken up, and is getting out of the car as well.
"I'd say the ladies and Brie start exploring," he smiles as Tom hands me my goddaughter. "The boys and I will unpack the luggage."