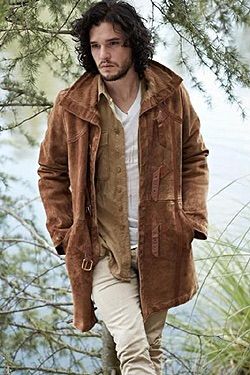 The game is abruptly ended when the youngest member of our disjointed family starts wailing her tiny lungs out. Truth be told I mostly tuned out when Eschieve started telling about the blowjob, an image that is now forever burned onto my corneas. No amount of alcohol or drugs is ever going to remove that from my mind.
I did, however, catch the last story Beth told, minutes before Emilia decided that the house had seen enough vulgarity for the night.
"Will you stop looking at me like that?" Emma glares at me through the worn mirror, toothbrush in her mouth. "It's not like you didn't know!"
"Oh, but I didn't know." I smirk, kissing her bare shoulder from behind. "I know you had feelings for me by then, even if I was still in denial, but I surely didn't know you had dirty dreams about me. With me in the next room, no less..."
She rolls her eyes, the brushing of her teeth becoming a little too vigorous. It makes me laugh, and she rolls her eyes a second time.
"If it's any kind of solace, had your sister not been there I had full intentions of making those dreams reality." I whisper in her ear; through the looking glass I see her eyes widen, half a second before she chokes on the toothpaste in her mouth. Between my fits of laughter, the attempt I make at calming her down falls flat. By the time she's caught her breath, her eyes are watery and red-rimmed, but her glare is not half as convincing as it could be. For the first time in five weeks, we are alone with little chance of being interrupted. The tension hits like a brick wall when Emma asks in a low and raspy voice: "How?"
I smirk, running a finger up her arm. I'm still behind her, looking at her through the mirror. Her eyes follow the path my finger follows. "Well... For starters I would have trapped you in the bed with my own body. And I would have kissed you right..." I brush her hair aside to kiss her favourite spot on her neck. She shivers. "there. I would take your wrists in my hands and pull them above your head, rendering you helpless while I kiss and lick and suck every bit of skin that I can reach." The image is awfully enticing, and I deeply regret bringing it up - we'll have to be quiet while we're here. "We both know how you like that."
A quiet squeak escapes Emma; she whips around, yanking me down by grabbing the collar of my shirt so she can kiss me. Almost instantly, my knees feel like they're going to buckle. "Story time is over." She says hoarsely. "Bed."
"I still need to brush my teeth." I try to tease, though it comes out strained and unconvincing.
"Lucien, I swear to God, if you don't toss me on the bed right now I'm not touching you for the rest of this damned holiday."
I don't need to be told twice.

Though it's absolutely useless, Emma and I get up to an alarm in the hopes not to seem too suspicious. Neither of us has gotten much sleep and there's a comfortable ache in my muscles. The moment we get down to the kitchen, we're met with smirks from Kenna, Beth and Matthew.
"Good morning, love birds." chimes Beth. Neither of us responds, and to be real honest, I find that it's starting to get on my nerves. There's three couples on this holiday, yet it's only Emma and I that get pestered like this. But I don't speak it, because it's a minor inconvenience and bringing it up will only makes things awkward. Besides, there'll come a point where they'll get bored of it just the same. Emma makes us tea, because the place doesn't have a decent coffee machine, while I make us buttered toast and jam.
"Brie offered to do the groceries today." Matthew points out with a yawn. "Eschieve said she'll come along."
The weather outside is still cloudy, but so far it doesn't look like rain. No one dares to point that out though, in fear of jinxing it. Not much later we're joined by Gabriel, Tom and Emilia, which leaves just my sister missing.
"She's on a run." Beth tells me. "Try-outs for the swim team at uni are a week after we get back, she wants to stay in shape." The try-outs ring a bell, and when I check in my agenda I do indeed see that I promised to be there to support her.
The morning is slow and laid-back. The men - myself excluded - are playing cards, while the rest of us are either playing with Emilia, Frank or just reading a book. It's nearing eleven when Eschieve finally returns, cheeks flushed red from the brisk wind outside.
"I got distracted by the donkeys." She says breathlessly, then focusing on Gabriel. "I'm taking a quick shower and then I'm ready to go, yeah?"
I'm surprised to find that Matthew stays behind when the two leave for groceries half an hour later. Usually the two are joined at the hips, rarely letting the other out of their sights. I'm trying real hard not to overthink it, but a feeling of unease is clawing at me. I push it far away.
"The weather is supposed to clear up during the early afternoon." Emma says brightly. "Those guys are going to be a while - why don't we take a hike? We can hardly stay in the Scottish Highlands and not explore them. There's supposed to be abandoned castle ruins nearby!"
I think back to the last castle Emma and I visited, near Bamburgh. The ghost story had always stuck with me, the most-read chapter in the book that Emma gave me for my birthday that year. It's bizarre to think that was a year and a half ago, when neither of us knew what we'd have waiting for us come the summer. At the same time it's weird to realise that Emma and I have been back together for only five months, if even that. Everything feels a lifetime ago.
"Penny for your thoughts?" Emma asks me as we head outside. I smile down at her, suddenly reminded of the little letter board in our apartment that now announces over sixhundred-and-fifty days of not being engaged.
"Nothing. Just that I love you."