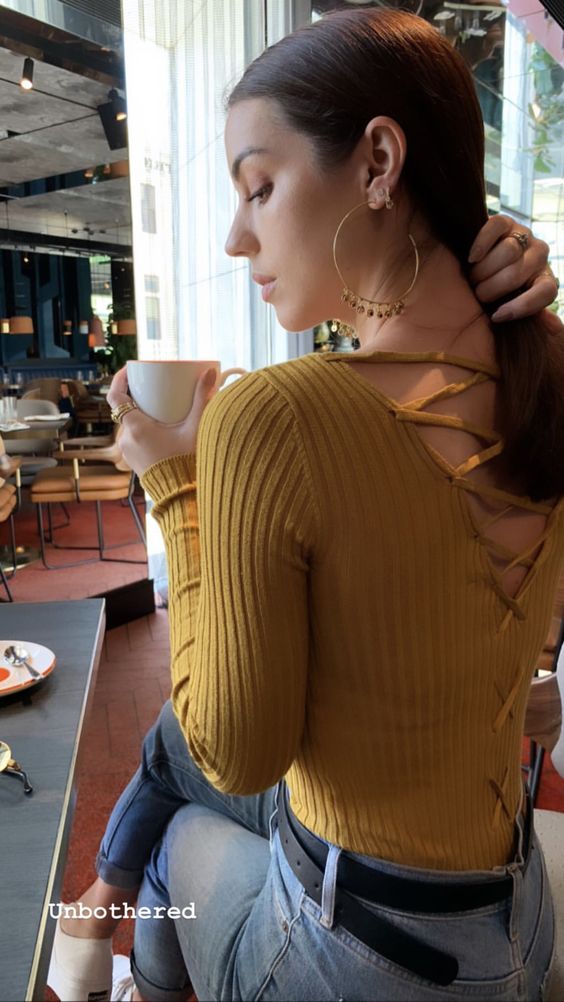 The hike is lovely. The weather, to all of our surprises, stays quite nice, and not a single drop of rain falls.
We don't talk much, just take in the view, and I pick some daisies along the way that I braid into a cute little flower crown I later place in Lucien's hair.
When we get back to the house, Brie and Eschieve haven't returned. Kenna and Beth are on the couch, Emilia on Kenna's lap, and Grease is playing on the tv. They've only recently turned it on, apparently, because we enter at the Summer Nights duet.
"We were reminiscing," Beth chuckles, "and I was telling Ken about Lucien's party... We really wanted to watch the movie. Are you joining in?"
I glance at Lucien, who nods with a smile on his face. "I'll go and see if the boys need help." We ran into them chopping wood, like two ultra manly man.
"You can watch with us, Lucy!" Beth offers, reaching out a massive bowl of popcorn she has apparently made in the hardly functioning microwave.
"Maybe later," he laughs, wandering off. "Thanks for the offer, though."
We're midway through the movie when Emilia, after having been on my lap for maybe half an hour, pukes all over my knitwear sweater. After handing her back to her profusely apologising mother, I head off into the bathroom, rinsing the yellow-white puke off of my shirt.
The water is running as I'm rubbing the fabric together, praying it will come out, because I got this sweater from my grandmother.
Without even hearing any knocking, the door swings open, leaving my torso fully exposed to a surprised looking Brie, stood in the doorway. In this moment I wish I would've worn a bra this morning, in stead of leaving it hanging over the chair in our bedroom.
No words are exchanged, he just stands frozen for a second, then closes the door again.
This hasn't happened before, but I know that any other time, he would've cracked a joke or made a comment about finally seeing my nipples. Maybe he's feeling a little awkward about last night, when he got aroused from the whole truth or dare thing.
There's a weird vibe around the kitchen when I come out, a towel around my breasts and making my way into our bedroom, putting on a clean shirt whilst my sweater is drying.
Brie and Eschieve are unpacking the groceries, and when Brie's eyes meet mine there's a weird look in his eyes.
I can hear Hopelessly Devoted To You playing from the livingroom, and Lucien is putting newly chopped wood on the fire.
Some part of me thinks I should talk to Brie, but I decide not to - I'm probably imagining things, and if I'm not, Brie probably doesn't want to talk about it, or at least not with me.
"How were groceries?" I lean onto the counter, smiling at Eschieve who's hauling different kinds of fruit out of a massive shopping bag. I recognise ingredients for many of Lucien's desserts, which means he must have plans for every single night.
Eschieve sighs. "Even this bigger city super market was tiny, but they had pretty much everything you asked for. They didn't have oat milk, though, so I got...," she puts two cartons of rice milk on the counter. "The next best thing. And there's still a lot of wine in the back of the car."
"Did you get the things on the back of the list, too?"
"Of course I did," she smiles. "I thought Lucien was the baker, but Beth assured me this was important."
I smile at her, checking the bag she points me to. There, I find all of the ingredients for Louis' favourite pie, with apples and cherries. It almost slipped my mind, until Beth brought it to my attention. Tomorrow, of all days, is Lou's birthday.
When he died, we decided we weren't going to memorialise him on the day he passed. In stead, we celebrate his birthday by lighting a bonfire, some fireworks and eating his favourite cake, just like we used to do when we were younger.
"Mind telling me why?" she asks, not a sliver of pushing in her question.
I shrug, grabbing a bottle of wine from the fridge. It's nearing three o'clock anyway, so I think that's allowed.
"It's Lou's birthday tomorrow," she nods understandingly. "And it felt right to celebrate, you know?"
We chat a little more, until I walk back into the livingroom. All this time, Brie has been quiet.
Usually, he's pitching in from time to time, cracking a joke or asking questions. Now, he doesn't even say a word, which worries me even more. I try and forget about it, but it's hard for someone to worries about anything.
The fire is lit, and I see Lucien and Tom outside, cleaning up the chips from the grass.
I scoot back onto the couch, cuddling up to Kenna with a now sleeping Emilia laid on her chest. She kisses the top of my head like she's my mother, too, and nods to Beth, who has fallen asleep as well.
It doesn't take much for me to drift of to sleep as well, even with the boys singing Grease Lightning, remembering watching the movie with Beth months ago, realising how in love with Lucien I was at the time.
I'm not entirely asleep, the music and dialogue still getting through to me, though Danny Zuko is no longer played by young John Travolta, but by Lucien, in his exact birthday outfit.