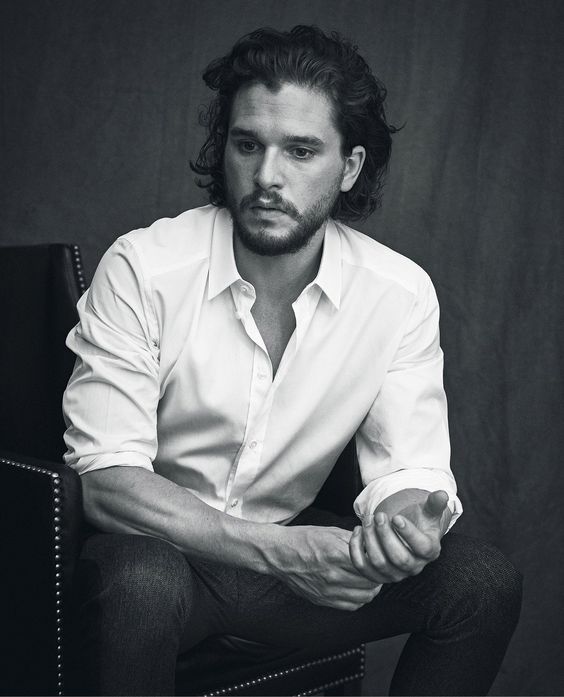 Even though she doesn't understand a word, little Emilia seems entranced by the French nursery rhymes I'm reciting for her. It's a good way to keep myself distracted now that Gabriel is in the room, still expertly avoiding me or Emma. It's only a matter of time before someone that isn't the three of us is going to pick up on this, possibly ruining the entire trip.
The power is with me, I know that. Gabriel needs me to be okay with this. I want to be okay with this, but mind and emotion have yet to match up on that ideal.
"Luce?" I look up the same time Emilia does, though only one makes excited baby noises upon seeing Kenna. She smiles at me. "Tom is taking a nap, and Gabriel and I want to ping-pong in the barn. You think you two will be okay for a while?"
I hide the panic that twists my stomach in uncomfortable ways. "Of course we are! Worse comes to worst I'll just hand her over to Emma and then hide with the chickens."
"I heard that!" Emma calls from the kitchen. I grin at Kenna.
"See? We'll be fine."

There's a weird tension hanging around the house. Gabriel and Kenna have yet to return, but even without him here it's not hard to pick up on the fact that something is off. If it's not coming from me, then Matthew, who's being even broodier than usual.
He approaches me when Emma and I have just finished baking. Emma makes her leave with an excuse about her sister, which Matthew clearly doesn't buy. He watches her dart out of the kitchen with his hands in his jeans pocket and a chuckle. "She knows?" He picks up a rag to help me clean the absolute mess we made in the under-stocked kitchen.
"It came up yesterday." I mutter, feeling tense.
"Should've had a bet on who snapped first, me or Gabriel." He smirks, but it doesn't quite reach his eyes. "I was about to take you apart when he dragged you outside."
"I'm sorry, mate. I was really rooting for you two."
But he shakes his head as he rinses out his cloth under hot water. "It just wasn't meant to be. We've both known it for a few months, I think. It still wasn't a fun conversation, but I've had far worse break-ups and I think so does Brie. It's just been weird, going to bed alone again. Not to wake up next to him. And now to do all of that again, because no one knows."
"Are you going to tell people? While we're here, I mean." I snack on a piece of leftover apple.
"We didn't plan to. But we also technically didn't plan on telling you. Maybe it'll make things a little easier on us if everyone knew." He shrugs. "Brie's just terrified of ruining the trip. I mean, you've been weird all morning, so I guess I see where it's coming from."
My hands stall in the middle of scrubbing the counter, stomach dropping. "That's not... because of the break-up."
Matthew, who's just given up on cleaning and has found the stash of leftover apple as well, raises his brows at me. "Your father?"
"What? No." I shake my head. "It's nothing."
"You know, for someone who was almost a lawyer you're real bad at lying." He teases, no doubt trying to lighten the mood. "Is this about the way Brie looks at Emma?"
My head snaps towards him, my blood having turned to ice. "You know?!"
To my surprise, a smile curls his lips as he shakes his head. "Nothing conclusive, until you just told me. Oldest trick in the book, mate."
With a groan I let my head sink down to the cool counter, somehow feeling worse than I did waking up this morning. "Magnifique. How'd you figure it out?"
"You kind of learn to recognise a look of admiration when you get it every day for a year and a half." He shrugs again. "Is there anything I can say that he or Emma hasn't said to you yet?"
"Probably not, no." I straighten back up, focusing on the cleaning that's already done. "I'm not really sure how to deal with it all."
For a few moments, he just watches me frantically clean already spotless surfaces, his arms crossed over his chest. "Did you know Gwen had a crush on you?"
"Gwen?" My hands stall again, and he nods. I consider if he's making a joke, but his face is stoic.
"When we were younger, before we lost touch. Didn't think you knew, because she knew better than to act on it. Neither of you were in the right place, and she knew it was just her brain latching on to the one table thing in her life at the time. A desperate attempt to produce dopamine, to feel happy. Despite all the trauma the idea of a relationship brought up, she still developed feelings for you. And believe me, she fell hard. But you never knew. Just like you hadn't a clue before Gabriel told you."
"But now I do know." I snap. "That's the whole problem! If I didn't know..."
"Tell me, if you were to see Gwen now, would you look at her differently? Just because you know she once had a crush on you? Or - taking a different approach - would you feel this strongly about all the boys online who are madly in love with Emma? Who have full intentions of making a move if they were to ever meet her?"
I blink at him, trying to find a reasonable explanation to turn my initial answer to 'yes'. There isn't one. Matthew smiles at me.
"Didn't think so. Because you know those crushes are - were - not real. Just like Brie's. I realise knowing and feeling are two different things, but..."
My head is spinning, more so than it's done all day. "How... did Gwen get over me?"
His smile becomes a little sad, and he shrugs. "The only way she could. Pretending it wasn't there. And to make that easier on her, I pretended just the same. And eventually, it becomes real."