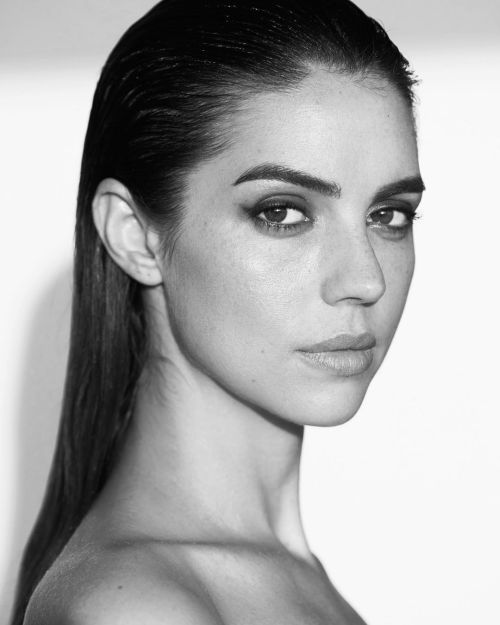 "Please don't be upset with me."
He catches me off guard when I'm rummaging through the closet I was sure I put the candles in. When I turn around, a basket full of tealights in my hands, he has a seemingly sad look on his face. He must have just gotten done with playing ping-pong, because from the barn it's a straight line to this hallway, and the only way in to the house that doesn't require a far walk. He didn't mean to run into me, it says it all over his face. "I know you know. About the break-up, and... the other thing."
"I'm not," I sigh, pressing my lips together into an almost-smile.
His shoulders slump. "The way you avoid me shows otherwise."
"I'm not mad at you, Brie," my hands are still tightly holding on to the woven basket, our eyes meeting. "Really, I'm not."
"Why aren't you? You should be!" He suddenly seems frustrated, angry almost.
"Because," in one swift move, I place the basket on the floor, done almost bruising my knuckles from how tight my grip has gotten. "I know you aren't doing this because you mean harm."
"Yet you are avoiding me," he questions. "Hard-core."
"That's not because I blame you for any of this," my fingers play with the hem of my shirt, a little nervously. "But because I'm trying not to give you any signs. I know how easy it is to desperately go looking for those when you develop feelings for someone, no matter how small and unrealistic they are. I just don't want that for you, because..."
"Because there's no chance of you reciprocating these feelings," he finishes the sentence for me. "I know. It's all just really silly, it's just my brain playing tricks on me."
"Believe me," I smile, "I know. Hell, I got engaged because I couldn't handle my break-up. For you, it's just a silly little crush. It'll blow over before you even realise it. Until then, we're just going to pretend it isn't here."
He smiles back at me. His eyes still show me sadness, but it's good to know there's no hard feelings. "Thank you, Em. I appreciate it."
"I know you do, silly," I chuckle, "did you tell Ken?"
"About the break-up? Yes. Didn't tell her about my crush," he stares at his feet.
"Good," I grab the basket from the closet again, leaning it on my hip. "If anything, she'd be upset it isn't her you have a crush on, considering how close you two are."
Now I'm the one to catch him off guard, laughter coming from his mouth before he can even stop it.
"Now, if you'll excuse me, I have a dead person's birthday party to organise," I morbidly joke. "And I'm both the host and the chef, so I've got to start getting to work."

After dinner, which was of course inspired by Lou's favourite and the dish he'd order pretty much every day when William still ran the Griffin, we all head outside.
It has remained dry for most of the day, and Tom has taken it upon himself to light the bonfire Beth and Eschieve so carefully assembled as I was making dinner. It crackles nicely as we sit around in the wooden chairs that used to be on the little patio, that we've now moved to circle around the fire. They're still a little damp from the rain that has fallen,
Lucien has handed everyone a beer, because even though a birthday celebration calls more for wine or something bubbly, that wouldn't be in Lou's memory - he was more of a beer guy. If he saw me hand out champagne he probably would've slapped me in the back of the head, like he used to do when I made fun of him. It'd be soft, but enough to literally snap me out of it.
"So I know most of you never got the pleasure of meeting Lou," I smile after we've all cheersed. "And you guys are missing out. He was the kindest, funniest man you'd ever meet, always taking care of others before thinking about his own needs. He'd hate for me to only say positive things about him, so I won't, which is why I'll also tell you he was stubborn as hell, which runs in the family, and a massive nerd, but a great guy. Until his last day on earth, he wanted to make sure we were all happy."
Lucien holds my free hand in his, which offers me a great deal of comfort. Though today is a happy day, I can't help but feel sentimental from all of the reminiscing.
"On his death bed, he quoted his favourite artist - David Bowie. I don't know where I'm going from here, but I promise it won't be boring. And Lou," I raise the bottle of beer in my hand up to the sky, like Charlie does every year. "I don't know where you are, either, but I'm sure you've made it the nicest place to be. Happy thirty-second birthday, old man."
Beth has stayed silent, and when I look at her, I spot a small tear rolling down her cheek. "Come here, you," I smile at her, patting for her to sit on my lap. Just like every year since she turned eleven, she refuses at first, but she knows damn well she can't say no, just like every year as well.
Our family is big on tradition, even down to the smallest detail, so I've wrapped both arms around my little sister's waist, my chin leaning on her shoulder as Matt lights a single firework, lighting up the sky with beautiful white sparkles. "Now," I smile after the sky has returned to its own dark shade again, "who's ready for pie and a glass of cognac?"