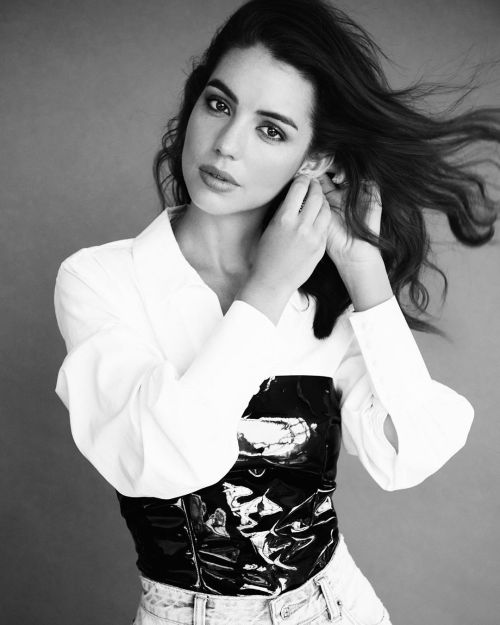 Free time ends way too quickly, and duty calls. The next few weeks will consist of us both working, Lucien flying in and out of the country like he has done so many times before, unsure how long at a time he will be gone.
Early monday morning, he gets up with me to start the day, though his alarm wouldn't have gone off for another few hours. In his sweatpants and a shirt, he makes me breakfast as I get dressed.
"I'm going to miss this," I sigh, wrapping myself around him from behind, nuzzling my face in the crook of his neck.
"I'll be back before you know it," he speaks his little white lie, waiting for the little milk frother to stop buzzing. We both know there's no certainty in when we will see each other again. Sure, he can tell me he'll be back in a set amount of days, but something might always come up.
We sit down at the dining table, my feet on his chair as I eat the toast he carefully buttered for me. I've never heard our clock be this loud, as if it's trying to let us know time is ticking away.
"God," whilst scrolling through my digital agenda, I see today's date. Of course I realised what time of year it was, but when seeing it so clearly, I can't help but laugh out of the weirdness of the situation, causing Lucien to look up from his newspaper.
"Hhhhmm?"
"With everything going on I didn't even realise," I mumble, "I was supposed to get married this week."
Lucien's eyes squeeze together a little, as if he's trying to figure out if this is a run on his proposal or if I'm being serious, seemingly looking for words. "Jesse?" he simply asks, stirring his coffee.
"Weird, huh?" I smile, shaking my head lightly. "Imagine if I would've gone through with that terrible idea... If I would have listened to him and gave up contact with you. Christ, I don't even want to think about that."
Lucien gets up from his chair only to kiss me on the top of my head, ruffling through it afterwards, a smile on his face. "Me neither. I'm glad you didn't."

It's almost as if he feels that I've spoken about him, because I run into him everywhere I possibly can. That shouldn't even happen, because our buildings are on opposite ends of campus, yet I see him everywhere.
Every time our eyes meet, either of us looks away, pretending it didn't happen.
It happens daily, and by the fourth and last day of work this week, I hardly believe it's a coincidence.
To make matters worse, we're both seated at the exact same table during an event I didn't dare say no to, even though it's on my day off.
One of the university's most influentual professors is retiring, and saying no to a retirement party is pretty much like signing your own resignation.
I chat with William for a while, trying to avoid the awkward tension around the table. I pick up on several of Jesse's conversations with other colleagues, his voice a little too loud every single time, as if he's making sure I hear what he's saying.
Just after I excuse myself to get another drink, I see him get up from his chair as well. I hope it's just another coincidence, but it's not, because he follows me to the bar. At first we both just stand there, until he seems to have gathered the courage to actually talk to me.
"So...," he's placed his hands in his sides. "How are you doing?"
Though the question seems harmless, I don't trust it. "I'm alright. How are you? How's Kate?"
"She's fine. We're fine," he answers way too quickly, almost as if I'm just offended him. "So I was right all along, huh?"
"About?" I'm holding onto my ginger ale tightly, watching a million facial expression cross his face, not one sticking.
"You were never over him," he states. "All that time, you were just using me as a place holder until he was done fucking everyone around."
"I'm not having this conversation with you, Jesse," I sigh, getting ready to make my way back to the table, as his hand closes itself around my upper arm. It's not tight enough to actually hold me back, but it does stop me in my tracks.
"You broke Kate's heart, Emma," he hisses at me, "and mine, for a fact. All because you wanted to get back into that spotlight, you needed some more attention. You did whatever it took to get it, didn't you? All I was good for was to make your ex jealous."
"We both know that isn't true," I tell him, gritting my teeth. "Now let go of my arm before I start screaming bloody murder."
"What are you going to do? Call your boyfriend so he can come and rescue you from me? Or are you going to sue me? Make me out to be the bad guy?" His tone almost sounds evil, and his eyes shoot fire as he lets go of my arm.
"Don't even," I hiss, "go there. I'm done talking to you."
"Just admit it, Emma," he steps in front of me. "I didn't mean anything to you."
"Is that what you want to hear, Jesse? Fine, if that means you'll leave me alone. You were nothing more than a rebound to me, to make me forget my heartbreak. I was desperate for love and affection, and you gave me that! You were a safe haven and I genuinely thought what we had could be good for me," our eyes meet and though his still look angry, they seem to have softened a bit. "That I could marry you tomorrow and be alright with it. But I couldn't, and we both have to move on. Now if you'll excuse me, I'd like to go home now. You've totally ruined this for me."