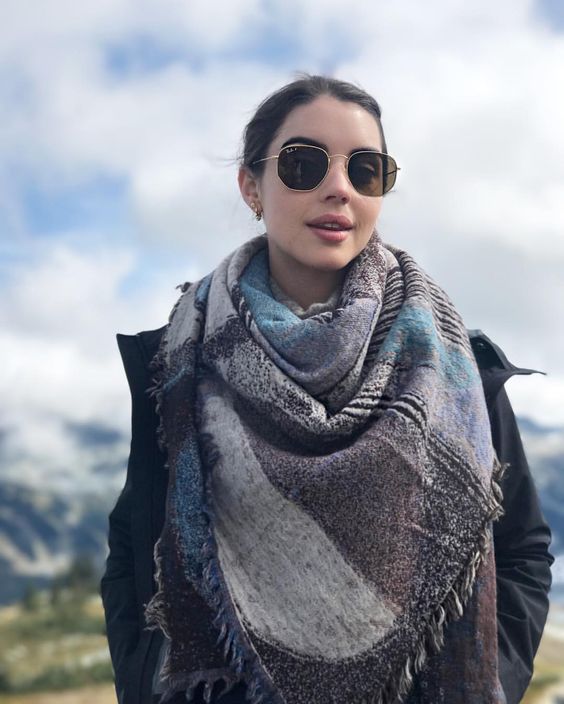 December has always been one of my favourite months of the year. I adore spoiling my friends and family with gifts, and spending quality time together.
This year, I'm more excited than ever. No more work for either of us, and our first Christmas actually 'together-together'. I've done some shopping already, but still haven't bought a tree. That's something I have to do with Lucien by my side, no matter how weird it feels for me to not have a tree up yet.
Like I've told Lucien, I don't need presents, or the whole Hallmark Christmas spectacular. I just want to spend time with Lucien, and with our loved ones.
Which is why I'm happy when I hear the door open, and Lucien come in.
With a little sprint, I launch myself into his arms before he can fully drop his luggage on the floor, taking in his perfume and pressing kiss after kiss to his face.
"What a warm welcome," he laughs, lifting me up from the floor a little and kissing me back. Included in the whole welcome committee is Frank, screaming loudly as he comes running up to us.
"I'm so happy to have you home," I breathe, pushing my hands through his curls. "It's been too long."
"Way too long," he agrees, pressing a kiss to my lips. "But I'm here now, for a full month."
Not even flinching, he carries me into the living room, Frank following suit and still screaming bloody murder.
I've lit a few candles, thus making the entire room smell like cinnamon and other festive scents. "It truly is beginning to look, or smell, a lot like Christmas," he chuckles, dropping me on the couch, then dropping down next to me. It only takes a second for Frank to jump onto his lap, purring loudly.
"Tomorrow," I pet Frank, leaning my head against Lucien's shoulder, "we're getting a tree. A real one, and ornaments, because we don't have those."
He kisses the top of my head. "Whatever you want, my love, you know that."
"In that case," I smile, "there's another thing."
"Shoot," he tells me, our hands meeting when we both go in for Frank's head at the same time.
"My parents invited us for Christmas day," I lean my chin on the edge of his shoulder, looking at him. "Dinner and all, like we always do. Everyone gets everyone a small present, mum's cooking all day, that kind of thing. I'd like you to be there, too... And mum asked if I'd invite Eschieve, too."
His smile tells me that he likes that idea. It must be very different from his past Christmasses, which is why I was a little apprehensive asking him at first, but he just nods. "That sounds like a plan. I'm sure Eschieve would love it - she's big on the holidays."
With a simple text, I've invited her, letting her know she can either stay in my parents' house and hang out with Beth for however long she wants, or she could crash in our guest room for a while after.
"Are you still doing that tradition thing with Kenna?" he asks, vaguely remembering the first year we met.
"Unfortunately," I pout, "no. It's not that I blame her, because who could possibly blame her, but Emilia's birth kind of changed that tradition. We're invited for a little celebratory drink either the twenty-third or after Christmas, and we've promised to exchange some presents then. Of course, I've already bought my goddaughter a plethora of gifts, and I've even gone shopping for you already, considering I can't do that whilst you're here -," I give him a stern look as he's about to open his mouth, "and no, I won't tell you what I've bought or where I've hidden it, because that would ruin the whole surprise thing."
Now he's the one to pout. "Good, because I'm not telling you about your presents either."

On Christmas Eve, snow is falling. We have a perfect view of city turning white from our doors leading out to the balcony, watching the flakes float down as we prepare dinner together. Lucien's bûche de Noël is in the oven, and I'm making a beautiful ham with mashed potatoes and green beans. It's not too extensive, considering my mother will probably be serving every Christmas related food tomorrow, but still enough to make us feel festive.
Lucien has turned on a playlist of French Christmas songs, which is adorable on its own, and he's taken it upon himself to gently move along to everything as he stirs.
He'll have me taste something from time to time, or he'll come up behind me to steal a kiss. Frank is tuckered out on the couch, having gotten to taste some of the meat before it was prepared.
"So are you going to tell me what you've gotten your family? Or our friends? Or me?" Brie and Matt are coming over on Boxing Day, and we've spent the past few days buying everyone presents. Some of them were easy to buy for, others were a little harder.
I usually get my dad some expensive cigars, which is exactly what I've done this year. I bought mum a new Jamie Oliver cook book, another apron, and a bottle of perfume. It's an unwritten rule that mum gets the loveliest presents of all, because she spends all year making sure we're all happy, even if we've long moved out.
I've gotten Daniel a video game he asked for, and the exact same thing I get him every year - a Batman action figure. When he was a kid, he'd beg for it each year, and he'd never get it. As soon as he stopped asking for it, around the time I started making my own money, I made it my goal to buy it for him every year, a slightly different edition every time.
Beth's gift consists out of a new set of earrings and a dress she pointed out to me a while ago, and Phoebe's presents are a new bag - her current obsession - and a few new movies for her to watch.
Though Lucien told me I shouldn't buy him anything, I still did. It came to me when I looked at my own ring - the one that hung from a necklace around his neck when we broke up.
So now, in a beautiful, small box, he'll find a simple, silver chain with a small flat, round pendant on it. On it are the same coordinates that are on my other ring, those of the place we first met. I've also gotten him a few new shirts to make up for the ones I keep on stealing, and some other useful things, but I'm most proud of the necklace.
"You're just going to have to wait," I tell him, tapping his nose with my spatula, "presents are to be unwrapped on Christmas morning, my love."