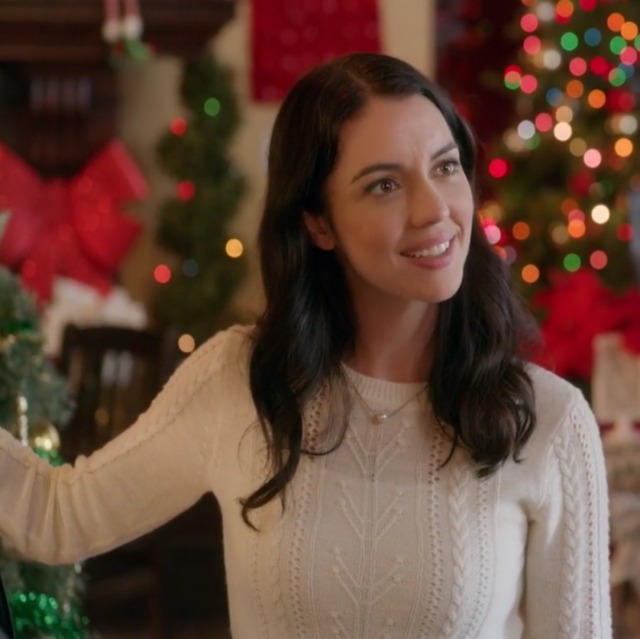 Just in between three and four, Phoebe almost pees her pants. Out of excitement for what to come, mostly, so mum sends her off to the bathroom to avoid having to mop later. It leaves space for a welcome break from unwrapping gifts. After Phoebe, it was Daniel's turn. Being on a budget, his presents were simple, but lovely. Then Selene, who surprised us all with how thoughtful her gifts were. Now, my bauble has a beautiful 4 on it, which means I'm next. My gifts, all beautifully wrapped in white and gold sparkly paper, are eagerly waiting to be unwrapped, and I'm reminded more and more of how much I enjoy this part of Christmas - making other people happy.
"Lucien," mum taps him on the shoulder. "Would you be a dear and help me pour everyone another glass?"
Being the charismatic gentleman he is, of course he helps out, though I know full well what her motives are. As soon as they leave the room, Charles turns to me.
"Give her two minutes," he chuckles, "max. Then you should go rescue him."
"Two minutes?" Daniel pitches in, "Do you know what kind of damage she can do in two whole minutes? I'd say give it a minute, not longer."
Dad says nothing, just smiles from his chair, shaking his head lightly.
Afraid of what our mother might achieve in the short amount of time she's had Lucien alone for, I get up and make my way to the kitchen, too.
Her voice is hushed, because she damn well knows we could hear her if she'd continue talking in her excited tone, and her back is turned to me.
Lucien is pouring drinks as she just yaps on. "And I'm truly glad you two found one another again," I hear her say, which bring a smile to my face. "You make a great addition to our little family. And I know I've already bothered Linie about this, but I just wanted to let you know I really wouldn't mind you two making us grandparents in the future."
Before Lucien, whose face I can see change ever so slightly, can reply, I've stepped in.
"Mum, really," I chuckle watching her shoulders rise, shocked by my presence, "the more you bother us about having a baby, the longer we're going to wait, just to nag you."
Lucien's eyes meet mine and he smiles. "Sorry, Nancy," he hands her some of the glasses, "I have to agree with Emma on this one."
"You two," mum swats me with a tea towel she's acquired out of nowhere, smiling. "Really are no use. Maybe you were right, maybe I should start asking Charles."
"As if," I tease, "he's too busy focussing on his motor cycle and the bar. No way he's having kids any time soon. Maybe Daniel can knock-"
"Emmeline Mary Clarice Middleton, don't finish that sentence," she warns me. "Your brother is financially unstable, and besides, having a child should come from a place of love, not be an accident."
I shrug. "Well, that just leaves you to wait, then."
Phoebe is impatiently waiting when we come back, again almost bouncing off of her chair. "I waited!" she lets us know, both excitedly and frustrated.
"I got the memo," I smile, collecting all gifts I bought and handing them out to their respectable new owners.
Dad's happy with his new cigars, as he is every year, though mum tuts and makes a remark on how smoking is a terrible habit that she hopes we'll all break in the new year - looking at both Charles and I.
Her mood gets lifted a little when she unwraps her presents, engulfing me in a big bear hug as a thank you. Charles loves the records I've gotten him for his record player, and Selene thanks me at least five times for the new set of pans she's been nagging Charlie about. Beth is grateful for her presents, and there's an unspoken message of happiness in there too for the help with her uni loans. Phoebe would be thankful for anything, but seeing her smile as she unwraps her presents makes my day, and the massive hug she gives me that knocks the air out of me makes it even better.
"Oh, jolly, Emma!" Daniel giggles like a little boy as he unwraps his Batman action figure, the ninth he's gotten, "how did you know I wanted one? You're the bestest sister ever!" He rips it out of the box and makes it fly, just like he used to do with my barbies when we were kids, and like he does every Christmas. Last but not least is Eschieve, who curiously opens the small box that has her name on it.
Carefully, she lifts the little chain out of its holding place, the small pendant with a primrose engraved in it dangling around.
"We all have one in some way," I tell her, showing her the golden hoops with dangling primroses I wear on special occasions. Beth immediately shows her ring with the same flower on it, mum flashes her necklace, and even Phoebe understands what we're doing and shows us all the pin on her dress, sparking with purple gemstones. "All Middleton daughters do. It started with mum, she got hers from dad. I really liked the flower and wanted to borrow it, but she wouldn't let me, so dad got me these earrings the Christmas after, and then Beth got jealous, and we couldn't leave Phoebe out, so now we all have one. And we all agreed that, now, you're also a Middleton daughter. Maybe not by blood, but you're still one of us. The only piece of jewelry missing was a bracelet, so...," I smile at her, realising I've been chatting for a while and haven't even given her time to react. "What I'm trying to say is... welcome to our family, Eschieve."