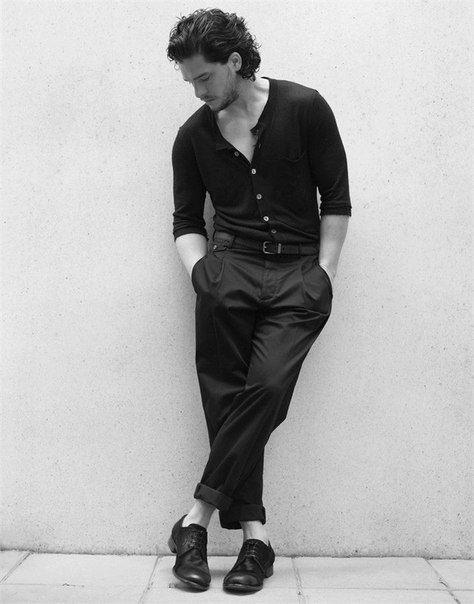 I leave on January 12th. I dread the day, because I'm going to be gone for a month and a half. Instead of a guest roll for just one episode, I have now been offered one for a character that recurrs throughout the season. And they don't adjust to your schedule - you adjust to theirs. Since I'm staying for so long in the same place, I'll be staying in my father's LA apartment, which in itself makes me nervous. The man isn't even going to be there, he's assured me he's needed in France for the next couple of months, but still. I haven't been to that place since my late teens.
"You need to get out of that head of yours." Emma playfully flicks her fingers against my temple. "All those doom thoughts are going to be the death of you."
I chuckle, catching her wrist when she wants to flick me again. "It's a talent. You shouldn't let talents go to waste."
"That is the worst excuse I've ever heard."
We're in the waiting area of one of my favourite store, waiting for the clerk to pick up my order so I can fit it on. With this trip, I figured it'd be nice to have some new things in my closet. Not to mention that I've spent my last two winters mostly if not entirely in Edinburgh: I have few outfits left that will be suited for the LA weather.
"It's a wonderful excuse, you're just annoyed that you didn't come up with it before I did." I tease. She rolls her eyes. It's the first time in a couple of days there's some colour back on her cheeks. The bug that's been bothering her since Christmas still doesn't seem to be out of her system entirely. She's had good days, like today, where nothing is wrong, but the next day it'll flare up again. I know that she's hiding it for my sake, not wanting to add to the long list of worries in my head, but it's hard to hide sprinting to the bathroom and purging everything you've eaten in the past twelve hours. Everytime we've come to the conclusion she really needs to see a doctor, it disappears for long enough that we don't go through with that.
Over the table, she takes my hand that isn't holding my coffee. "It's not your first big trip. I know this one's different, you've told me that a thousand times, but the point stands. Besides, with your charm you'll have them wrapped around your finger in no time. I bet by the end of it you'll be the star and the director of that show."
I snort. "That would mean I'd have to stay. And I don't mind LA, but we both know you wouldn't fare well in a city that's sunny eighty percent of the time. I'm sure you remember what happened last time you stayed out in the sun too long.
The reminder of last summer makes her wince. "Thank you for that." She glares at me. "But I can't believe you'd think I wouldn't make that sacrifice for you."
Something more lingers in those words. This, to an extend, is a hypothetical situation, but at the same time it's not. At the same time, she has made it clear that she is willing to make that sacrifice for me, leaving behind her friends, family and job to spend a couple of months out of the year with me in France. I smile at her. "I'll ask again next time you get sunburnt."

What should have been just a relatively short trip to the store to pick up my order, became an inprompte shopping spree. Both Emma and I have darted in and out of stores, hands full of bags with different brand names. After Emma has spent a ludicrous amount of money at Lush, we both decide it's time for a break. We hit up our favourite coffee store, where we linger for nearly two hours.
We are both, I realise, delaying the inevitable. Tomorrow I'll have the noon-flight to LA and I won't touch back to Scotland for at least six weeks. It's the longest stretch I've been away since May last year.
Dark skies announce that we really should be getting home, the coffee store closing anyway, so we do. The plan was to make a curry, but now that we're back home neither of us feels much for cooking.
"Can you go pick up Chinese?" Emma suddenly asks. She's in the middle of the kitchen with her hands on her sides, brow furrowed. "The one that doesn't do delivery."
"They delivered when I called last time." Besides it being dark out, it has also started raining. I don't really want to go outside again. Emma waves my comment away.
"I don't want to inconvinience them. Please? I love their orange duck."
I give in. Who am I kidding, it's Emma: the battle was lost the moment she asked. I kiss her temple. "Anything else?"
The only luck I have with this weather is that traffic seems to thin out. People stay in their homes, cuddled up in front of the television. That's how I plan to spend my last evening with Emma. Fuck's sake, I might actually come to miss the rain. LA gets thirty days of rain in the entire year, meaning that not one of them might fall in the weeks that I'm there. I scoff to myself. Who would've thought I'd actually come to consider Edinburgh my home.
Upon request, the restaurant wrapped my order in four layers of aliminium to keep it warm. I feel it radiate against my chest as I ride the elevator up. When I open the door to the apartment, I am greeted with near-darkness.
"Em?" I call out. Frank has run up to me, rubbing his head against my ankles as I head inside.
"Living room!"
I follow her voice to where she says it is, stopping dead in my tracks when I come out of the hallway. The room is only lit by candles and other small lights, bathing everything in soft yellow. The couch has been transformed into a pillow fort. Emma is in the middle of it with a bright smile.
"Figured we could both use the extra comfort. Come on, I've got 'The Good Place' ready to go. Your favourite season."