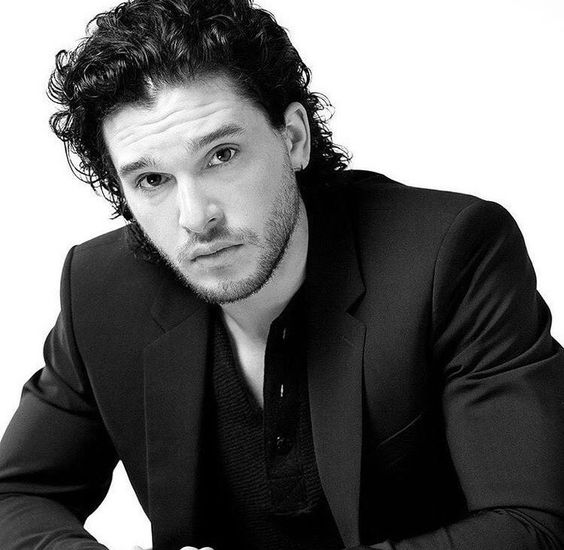 "Emma is pregnant?"
"Yes."
"And you're the father?"
"Considering we are in a loving, monogamous relationship, I'd say so, yes."
I can see Eailyn battling between her professional persona and the woman who has come to care about me in the last year. I'm not as close to her as I used to be with Winoc, but she's still high on the list of people I regularly see, and she's seen me through my highs and lows.
"From what I've been told, hugging is an appropriate response to such news." I say calmly, in hopes to help her decide. It makes her grin; we share a quick, but tight embrace.
"Congratulations, Lucien. That is wonderful news."
We've never talked about her personal life, but judging by the pictures on her desk she has some idea of raising children. I smile at her. "It really is. She's at three months now, but it's only now really sinking in." To think that a month has passed since finding out is bizarre to me. It feels like a different life, everything before that. Since that day, pretty much everything has been about the baby and the secrets we keep around it. "But besides the fact that I just really wanted to tell you, there's also the matter of my professional life."
Her face gets a little darker. "Ah, yes. There's going to be some things put on hold, aren't there?"
"Clearly. But we're keeping the news away from the media for the time being, so the thing is... It needs to be done without raising suspicion."
"When do you plan on telling?"
"When it gets impossible to hide that Emma is showing. We won't go to extreme lengths to disguise it anyway, but for now we'd like to enjoy the magic of it all in peace."

I could have taken a plane. Even the train would have been much quicker. But I like the ride from London to Edinburgh, even when I'm alone. I've got one of Emma's skillfully crafted playlists on, I make some business phonecalls and enjoy the scenery around me. Halfway down Matthew calls; he's got some more updates on his Japan-trip coming up, and there's an opening for me to come for a couple of days if I want to. I promise him to pass it on to Eailyn, and to discuss it with Emma. It's inevitable that I'm going to be gone for stretches of the pregancy, but hopefully we can reduce them as much as possible.
"I have one other thing, Lucifer." Matthew says when the end of our call seems to be nearing.
"What's that?"
"I went out to Pearls with Brie last night. After a few drinks you came up."
An unfortunate pause allows me to butt in. "You didn't tell him, did you?! I'm still on the fence about that."
"No, I didn't tell him." He sighs. "But he said he misses you. He kept telling me how bad he felt about what happened, both during the trip and then New Year's."
"Lovely to see that he can talk to you about it."
"Come on, Luce. He's scared out of his mind to message you. It gets harder with every day passing, and he doesn't know where to begin. You two have never fought like this before. Apparently me telling that you and I usually figure it out in hands-on combat didn't help either."
Against my will, I snort. "No surprises there. Look, I don't know what you want me to do, Matz. We've been over this."
"I know, I know, you don't want to throw him a bone, because you're just as annoyingly stubborn as he is. But you've got the perfect opening, don't you? He's gonna find out sooner or later, I kept almost slipping up and I can't imagine what it's like for Kenna with her pregnancy brain. Better he hears it from you."
My thumb hovers over the 'end call' button. "Meeting up for the first time in three months to tell him I knocked up my girlfriend doesn't sound like the best idea."
"I didn't say meet up. It's up to you in the end, but come on man. It's Brie. You miss him, too."

Emma doesn't come to greet me when I walk in the door. Frank does, though, and he happily trots along to the living room, where I find Emma sprawled out over the couch. It looks like she hasn't left it for at least two days.
"Hey babe," I greet, leaning down for a kiss. She looks paler than when I left, her cheeks slightly sunk and deep circles under her eyes. "You look like you've been through hell and back."
"Feel like it, too." She sighs, pushing herself to a sitting position, but not quite standing up. "I got sent home from work earlier in the week because I kept having to run to the restroom. They told me they didn't want me infecting other, but truth be told I think they just felt bad for me."
"As they should be." I frown, looking around. There's a single glass of water on the coffee table, three-quarters full. The bubbles adheared to the glass tell me it's been standing there for a while. "You could have told me. We called every day!"
"I didn't want you to worry! It's not like you can do much for me, is there?" She waves away my concern, then gags so violently I take a step back in a reflex; Frank leaps away from her lap, hiding behind my legs instead. "You smell like car."
"I just spent seven hours in one, so that's a real possibility. I'll take a shower in a bit. Any preference on what shampoo to use?"
"Not the coconut one." She shakes her head. "Kept me up all of the first two nights because it lingered on your pillow. Didn't know what made me so sick until I washed them. The rest is fine."
"Right." I eye her up and down. With her still sitting down I can't really get a good look at her, but she looks thinner than before I left. Not a whole lot, but still. I hand her the glass of water. "I realise that it might make you sick, but... I'll feel better when you finish this."