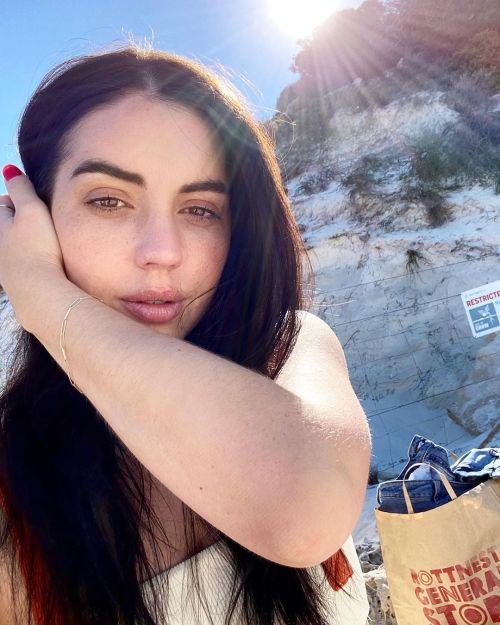 Something is off, but I can't pinpoint it and there's a big chance I'm just seeing things.
"I'd like a..," currently, I'd kill for a glass of wine, but with the medication I'm still taking to surpress the pain - something that can last for weeks on end, or so I've been told - I know I shouldn't. "tea. The lavender one."
We spend some time together, watching a show we've both already seen from beginning to end, and I fall asleep for a good hour with Frank at my feet.
The rest of the day is uneventful, as it usually is, but at least I now know Lucien has had some time to himself.

"You look happy." I'm not sure why it has upset me this much, but it has, and it's awoken a sense of desperation in me that seems to linger in every corner of my being. I'm holding up my phone as Lucien sits at his spot at the table, staring at his screen.
Over breakfast, I gathered the courage to scroll social media. There's a lot of rumours about the two of us, haven't been spotted out and about in a long time combined with Lucien's party being cancelled doesn't seem to bode well with people. I don't mind those rumours too much, though, but a collection of other posts has caught my eye and led me to where I am now.
He looks up from his screen, finding what I'm pretty much pushing in his face.
There they are, several shots of him and Liliana over coffee. Even without sound, you can tell she's happily chatting, and Lucien seems to listen to her with interest. In one shot, she's seen with her hand on his arm, in others their eye contact seems very intense.
It's not that I think it means anything, that he'll fall back in love with her again. It's just that apparently, he felt like he couldn't tell me about running into his ex. He got to talk to her, have a normal conversation, something I haven't been able to give him.
He's had to deal with me, somewhere inbetween dead and alive, leeching off of him.
It takes him some time to say something. In that time, I'm still standing there, phone in the air. "I ran into her yesterday."
"Yeah, I can tell," I lower my phone, arm cramping from the angle. "Didn't think it was something you could've mentioned?"
More silence, a loud sigh. "I just thought..."
"You thought what? That I couldn't handle it? That I'd flip out on you if you told me you had a normal human conversation with your ex? That I'd think you went and fucked her in some bougie hotel because you're not getting any here?" I realise that now, by being mad at him over this, I'm kind of playing into that assumption, but I'm far too pissed off to back out now. "You really thought letting me find out over social media would be better than just telling me? Like this doesn't make all of this even more painful? Seeing pictures of the two of you everywhere whilst people are speculating that we've broken up, or that you're dying of cancer? Are you really that afraid of my mental state that you thought I'd lose it?"
I look at him and all I feel is guilt. The same guilt that has been drowning me ever since that dreaded day in the hospital, only now loaded with other reasons to feel guilty. Forgetting his birthday, not letting him touch me, not letting him call me love anymore, not telling him I love him, not saying thank you enough. Turning away from him when he rolls over in bed and, whilst asleep, tries to put an arm around me or cuddle up to me, because that's what his unconcious mind is used to doing. Hardly even talking to him about anything, not showing any interest in what he's doing, how he's doing. Pushing him away in general.
All of these things make it hard for me to look at him at times, because it hurts knowing how he must feel.
I know he loves me, and I hope he knows that I love him, too. Deep down I'm just afraid it won't be enough.
I'm not afraid he'll go out and cheat on me, with Liliana or any other beautiful woman. I know he won't. I'm afraid that he'll be unhappy, but he'll accept that as one of the side-effects of being with me. That he'll start to disappear whilst physically still being around, just like last time.
If we don't talk, if we don't touch, we don't love... what else is there to keep us together? There used to be the prospect of a child. Our child, a mixture of the both of us, to have and to hold, to love and to care for, for years to come. Now, there's just silence and unspoken words.
"Fuck, Lucien, why aren't you mad at me? Why won't you yell at me, tell me to stop being a bitch?" I spit out when I don't hear a reply from him. Maybe he's still coming up with something that won't hurt my feelings, or he doesn't know what to say. "You should be mad at me! I've been doing nothing but pushing you away, I haven't shown a single sliver of gratefulness or empathy, not once have I asked you how you were doing! All you've done is take care of me and all I'm doing is shutting you out! How are you okay with any of this? You're fucking miserable, I'm making you fucking miserable, and you're still just sitting here and acting like it's all fucking fine!"