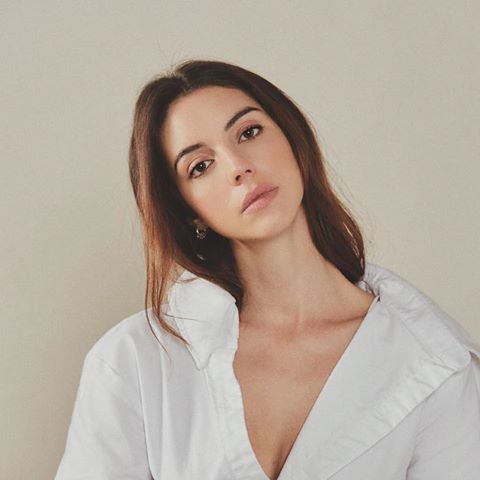 There's the scuffling of feet as I wait for the toaster to be done, followed by Lucien entering the kitchen. His eyes still look darker than they usually are, something that I seem to notice every time after a migraine, and his hair is wild, but he seems more rested than he was yesterday.
Just as he's about to speak, the toaster lets me know it's done, almost catapulting the toast at my head. I place it on a plate, and move it in his direction with the ibuprofen I got for him.
He's looking around the kitchen, the pan with some left over egg in it catching his eye. It doubled as breakfast and lunch, with some toast and avocado. For lunch, I even added salmon.
"It's gone cold by now," I mumble, "but you could have that, if you want. I spared it out of my own mouth, but Frank's, mostly. He fought me for it," I hold up my arm, showing a new scratch. "Though I could imagine you don't want it after your migraine. I know it's not quite a green juice. I would have gotten you one, but I'm never sure which one you like or what I should get to make one myself."
"Thank you," he seems genuine, taking a bite of the toast before slamming the two pink pills back. "I'm good for now."
I watch him as he eats some more of his toast, seeming a little dazed. That's what he's usually like after a migraine, and combine that with all of the emotions that took place over the past few days, weeks even, it's not too weird.
"I was thinking," I start when I see him swallow his last bite. It might be premature, talking to him in general, or coming up with this plan, but it feels like it needs to be said. "Why don't we get out of town for a while?"
"Out of town?" he wipes some crumbs off of his face.
"Not right now," I shrug. "And it doesn't have to be far. But... I woke up really early, and I couldn't stop thinking about us, about things in general, and... when is the last time you felt truly happy, and free? Just one hundred percent yourself."
He nods. "Portugal."
"Exactly," I smile a weak smile, one that's definitely bigger than the ones I've smiled lately. "I'm not saying we should go now, or we should go to the same lengths we did that time, but I think it would be nice for us to... try. Find each other again, take some time to unwind, to forget, to grieve without being in this appartment all day."

Surprisingly enough, Lucien agreed with my plan immediately. Maybe it was just because he wanted me to be happy, but I took it as a good sign. That he wants to work on this, that he doesn't hate the idea of going away with me.
Because he planned our last trip, I take the responsibility upon me this time. We won't leave too soon, as I book our trip for a week and a half from now, so we both have time to get used to the idea.
Lucien puts me in touch with the people that take care of his flights - private jet style - usually, and in no time, I've booked an entire trip - two weeks in total, in two different places. I fall in love with one hotel in particular, the penthouse suite having a beautiful view over a bright blue ocean, with its own kitchen facility and a massive bathroom, as well as every kind of accommodation one could wish for.
It feels a little strange, paying for it with my salary when I haven't gone to work in weeks, but seeing the sum of money leave my account doesn't feel wrong.
Frank is circling around me as I book everything we need, and purrs loudly when I finally go to pet him. "I know, my boy. I'm sorry you're going to have to miss us again, but I'm sure uncle Brie would love to take care of you again," I smile. Lucien hasn't told me much about it, but from what I've heard, him and Brie are slowly starting to make amends again.
It makes me happy, because I know Lucien needs all of the love he can get. I can't make up for the wrong I've done, but it kills me knowing he feels like he didn't have anyone to talk to, or that even his sister didn't need him anymore.
Which is exactly why this vacaction will be perfect for us. It'll enable us to relax, and hopefully grow closer together.
The door to the bathroom opens and a still slightly wet, moreso damp, Lucien comes out into the livingroom. His hair is dripping a little, leaving droplets on his shirt.
"What should we do for dinner?" he asks. Usually, he'd do the groceries and cook, and it'd all be set.
"I got some stuff for fried rice," I shrug. "But I'd be fine with whatever. We could order in, or we could go and grab a bite to eat somewhere."
"You..." he looks at me a little confused, maybe with some disbelief mixed in there as well. "You'd be down for that?"
"Well, I'm going to have to face the outside world at one point, right? I'm not saying we should do it right now, but... it might be a start. Show people that we're still going strong."
With all of the rumours going around, there's going to have to be a point in time where we come clean, or at least slightly. Now, people either think one of us is dying, we've broken up or we're working on some secret kind of project - neither of those things are correct. At one point, we might have to break our silence and tell people what's going on. I just don't think either of us is ready to do that any time soon.