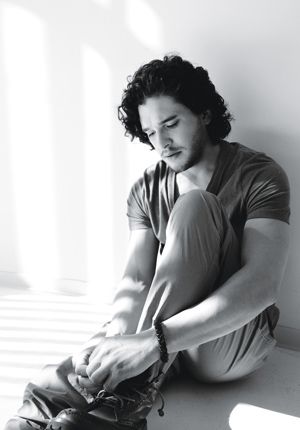 The flight is a short one, but that's completely fine with me; there's only so many seventeen-hour flights a man can make in a year. Being on a plane feels so familiar that it kind of shakes me back to life, a feeling intensified by the fact that we're flying to France. The Côte d'Azur was a popular vacation spot when I was younger, but I could never appreciate the cultural aspect of it. Not to mention that the last time I was here, I was twelve years old. All I wanted to do was swim in the ocean and play football with the other boys my age.
"Would you believe that even then, it was Row who flew us there?" I ask, just when Row's announced we'll be starting our descend. Emma's eyebrows raise, and I chuckle.
"Yeah, he's been with the family for literal decades. Not exclusively, of course, but he'll go out of way to make sure he flies us when we need his services. I even remember that one time we had to make a layover in Morocco because of some technical difficulties, and he played ball with me and Aleran so we wouldn't keep bothering our father."
Emma smiles as she sips her second glass of wine, her head tipping slightly to the side. "It's so weird to think of you as a child, you know that?"
"...Thank you? I guess?"
Her laugh, a rarity since weeks, gives me goosebumps. "That's not what I meant. I meant... I'm not sure, honestly. I think it's just weird to think of you in a setting like that. With a... functioning family. But still a crazy rich one, which is an insane concept to me. Sometimes I think that you're a mostly normal man, but then I remember that nothing in your life has ever been normal. Not the general standard of it, anyway."
I lean back in my seat a little more as I feel the plane tip downwards, my stomach dropping with an uncomfortable tingle. You'd think I'd get over my fear of ascending and descending when flying as much as I do, but here we are. "I know it makes me sound real spoiled, but it was normal to me. Everyone in my direct surroundings was in a similar situation. You didn't send your kids to international school unless you had an obscene amount of money. All my friends were raised mostly by their nannies, they had more stories about playing ball with their drivers - or pilots - than they did have stories of doing things with their fathers. Not running into someone you knew during your summer holiday was considered a disappointment. It wasn't weird to have someone in our class for five months and then for them to move to a different place again, we were all accustomed to it. It took me until well into my teens to realise that my way of living was... exceptional." I purse my lips, thinking back to it. "I know I'll never really be able to grasp the concept of it. I'll never know what it's like living paycheck to paycheck, wondering if I'll even be able to feed my family. But I try not to take it for granted." I catch myself, letting out a light chuckle as I drink the last of my wine. "I'm sorry, that got real serious real quick."
"No, it's okay." Emma smiles at me. "I like hearing about your life when you were younger. It makes you less of a mystery."
"What if I enjoy being a mystery?"
"Then I'll ensure you not to worry, because even though I intend on trying for ages to come, I don't think I'll ever be able to uncover all of you."

The penthouse is absolutely gorgeous. The south wall that looks out over the ocean is made entirely out of spotless glass, basking the entire apartment in the soft light of the late afternoon. It has a very clean, minimalist look to it, but not so much that it feels sterile. Instantly, I'm more relaxed that I have been in weeks. I plan on helping Emma unpack, but quickly get distracted by the gorgeous view provided by us and the feeling of nostalgia that it brings along.
Emma was right. This was exactly what we needed. A change of scenery, a break from peering eyes we feared to run into wherever we went. I feel ashamed to say that I feel more at home here than I did in the apartment since coming home from the hospital. I walk past the glass wall, trying to take in everything that lays below us. To the left is the port, from where I made so many boat trips with my father at the helm of the yacht, looking out over us as Aleran and I were taking history lessons from mother so we wouldn't fall behind on homework.
A quiet sob behind me startles me from my thoughts; I whip around, alarmed, only to find Emma halfway down the living area with her hand pressed to her mouth to stifle another sob. Tears are streaming down her cheeks.
"Emma?! Em, what happened?" I close the distance between us with a few long strides, grabbing her shoulders so that I can inspect her for injuries.
"Nothing!" She hiccups through her tears, waving my concern away. "It's just - it's these stupid hormones! I just saw you standing there, and I thought how I hadn't seen you so calm in so long and how happy that made me and then I just started crying and now I can't stop!" To emphasise that she wipes the tears away with a furious movement before trying to stifle another sob.
"That... is strangely adorable." I chuckle softly, opening my arms and then waiting if she chooses to accept that invitation. She does. Not a sliver of hesitation in it, either. I lock my arms around her, gently rocking her against me. "Do give me a warning when we're in public, though? If we're not careful people are going to think I enjoy making you cry."
She snorts, hitting me against the chest, which only tells me that she's okay. "In case you didn't catch it, I don't exactly have control over it."
"That sounds like maybe we shouldn't have a candle lit dinner at the beach, while we watch the sky turn pink and orange with a glass of wine the price of our weekly groceries." I'm teasing, and she knows it. The fact that we're able to do that again, gives me room to breathe, something I'm incredibly thankful for.
"If you think I'm letting you spend our first night in Nice inside, you are very wrong, Mr du Castellon."
"Then by all means - show me what you've packed for me to wear on a night such like this."