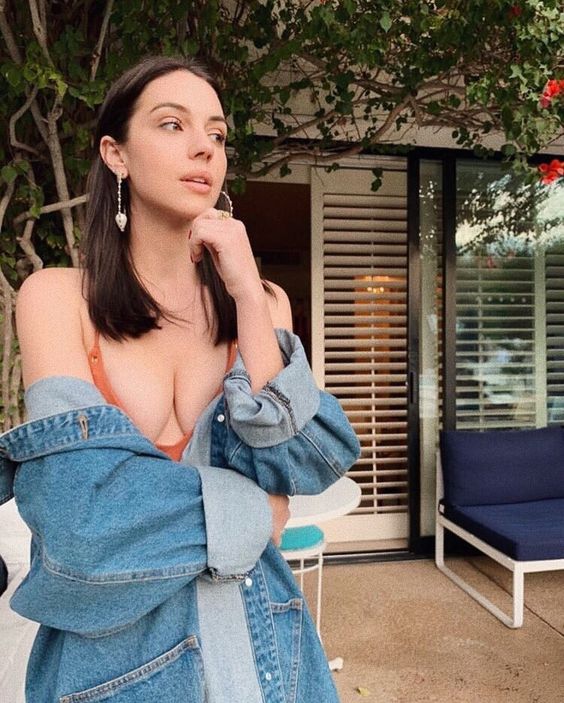 Waking up next to him almost feels like that morning in France, after his party. Realising he's there, seeing his chest move up and down in peace, realising that he is mine. I've always hated how posessive that sounds - mine, but with Lucien, it feels right. He has my heart, and I'm sure I fully have his.
"Are you staring at me?" His eyes are still shut, but a sudden smile creeps onto his face as he starts speaking.
I bite my lip to stop myself from giggling. "Wasn't."
His eyes open ever so slightly, looking at me with his head still on his pillow. I'm turned on my side, facing him.
"I'm pretty sure you were," he breathes. "You're blushing."
"Okay, so what if I was?" I answer, watching him as he slowly awakes fully, stretching as he turns onto his side as well, facing me.
"Nothing," he smiles, rubbing the last bit of sleep out of his eyes. "I like that you stare at me."
It's a welcome change from me being afraid to look at him, scared of the hurt I'd find behind his eyes. It'd be irrational to say that we're alright now, that there's nothing holding us back anymore, that we're the same as we were a year ago, but we're getting there.
"Good, because I like staring at you." I reach out for his face, moving a stray strand of hair out of it before leaning in for a kiss. It's a soft one, just like the one I planted on him last night, but it fills my entire body with butterflies, just like the first kisses we shared. "Good morning."

We have brunch in a small bistro downtown, where we eat the most amazing brioche and ommelettes I think I've ever had. Their coffee is great, and we both drink at least two cups of it each. There's fresh strawberries and as much jus d'orange as we can dream of, and our brunch lasts far over an hour.
"So what would you like to do today?" Lucien asks, cleaning the crumbs off of his face with the stark white napkin that is pretty much the same shade as my skin.
"I've heard there used to be a lovely candy shop hidden in the city somewhere," I smile, remembering last night's conversation. "And we could do some more exploring. I've heard tomorrow will be one of the hottest days this week, so maybe then we could spend all day lazing around, but I can only do that knowing I've actually done something today."
He chuckles. "Of course. Under one condition, though."
"And what might that be, mister du Castellon?" His last name is almost a whisper, a little nervous about people recognising us here.
"You won't stop doing this," he folds his hands under his chin and leans on his arms, just the exact way I'm sitting right now, and simply stares at me with a stupid grin on his face.
"I don't look like that!" I laugh, knowing full well that I probably actually do look like that.
"Oh, but you do," he tells me. "And I like it a lot."
Lucien may have not been here in over ten years, he still guides me through little streets like he has lived here his entire life. We get some stares here and there, but maybe I'm just imagining things.
We visit little shops full of unnecessary bits and bops, of which Lucien lets me buy plenty as decoration for the house, and we stop for ice cream halfway through our exploration of the town.
Lucien picks out a few shirts at one of his favourite stores that only has locations throughout France, and I get to stare at him some more as he tries them on and comes out of the fitting room each time to show me.
I even lean on my hands when I do it, imitating myself earlier today, which makes him smile when he comes out to show me one of the many shirts.
I know he shouldn't even have to try them on, knowing he has plenty of them back home so he knows which size to get, but we both also know that this is the kind of quality time we need.
I fall in love with a bikini in a certain store, feverishly looking for something of the likes that isn't a two-piece, which causes Lucien to raise an eyebrow.
"Why don't you just try that one?" He points at the bikini. "Is it not your size?"
"It is," I sigh. "But... Yeah, no, I already brought a bathingsuit. It's fine, I don't need it."
"Why can't you try it on?" he walks a little closer to me, his brow still furrowed.
"Because," I mumble under my breath. "I still have the little," I point at my stomach. "You know? And I don't really want to showcase that for the world to see, right now. I don't even really want to see it myself right now."
The look of confusion changes into one of empathy, and carefully, he places a kiss on the top of my head. "Sorry, I didn't realise..."
"That's okay, don't worry about it." I sigh, looking over at the two-piece one more time. "Maybe I should just get it anyway, for our next trip. It is really cute..."
He smiles again. "That's my girl."
After about ten other stores, our feet are tired of carrying us all this way, and there's still quite a walk back to our hotel. We've given up on finding the candy shop, our arms already carrying bags filled with stuff and our bodies ready to take a shower and lay down for a second before deciding what to do for dinner, when Lucien suddenly pulls on my arm.
"Look," he gestures at a small storefront, almost hidden by all of the stuff around it. "That's it, I'm sure of it."
"Well," I smile. "Let's go fill our pockets, then."