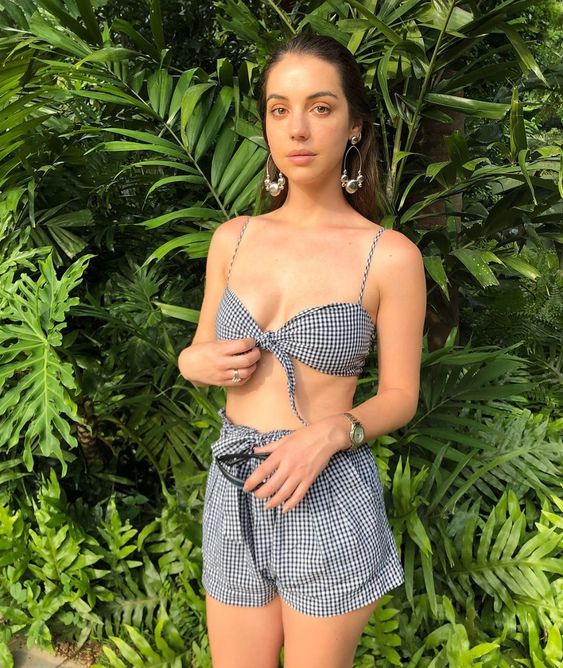 "You really think people won't be able to tell that I was....," I can't say the word, eyes glued to the mirror in front of me. It hurts, looking at myself in the mirror like this.
Not because I hate my body - it's pretty great, but it just reminds me of what used to be, what still should be. It could take six weeks, give or take, before my body to go back to normal. At first, it still even looked like I was still growing, even way after the procedure. It's normal, has to do with hormones, but it still hurt.
And it does, now. The place where our baby used to grow still protrudes a little bit, as if she's still there. "I don't look....?"
Lucien shoots me one of his sweetest smiles.
"You look beautiful, Em," he answers, though avoiding the initial question.
"I know that," I smile, fixing one of the straps to my top. "It's not what I asked, though."
He chuckles. "You're right. No, I don't think there's anything about you that stands out, apart from how gorgeous you are."
"Hhhmm," I breathe, trying to tear my eyes off of my own body in the reflection.
"Besides," he puts a hand on my shoulder, lovingly. "I'm sure all eyes will be on me, anyways." He dodges the punch I throw, laughing. I like that he knows how to make me laugh, to lighten the mood.

I feel self-concious for the first hour or so, stubbornly keeping the shorts that I specifically bought with the bathing suit on. They stick to my body from the heat, and Lucien jokingly tugs on the band of them as he applies sunscreen to my back for the second time.
Then, when I lay down, he turns to face me. "Em, look around," he smiles. I follow his gaze. Around us, there's other couples, fancy parents with their children under umbrellas, groups of elderly people covered in shawls. "What do you notice about that woman, over there?"
He points at a lady a few beds down, a big floppy hat on her head as she reads a book. "I like the hat."
He chuckles. "Besides the hat."
I frown at him, sliding my sunglasses down a little to study her further. "I don't know? She's very tan. She must be from around here."
"Next. See that couple, over there?" They must be a little younger than the both of us, and she's laughing loudly as he throws her over his shoulder, probably about to try and dunk her into the ocean.
"Yes?" I ask, still unsure about where he's going with this.
"What do you notice about them?
I place a hand onto my forehead, shielding my eyes from the sun. "His tattoo," I point out the massive dragon across his back, which is hard to miss. "Her hair. It almost sparkles, it's that blonde."
"Exactly," he smiles, "notice how you've only been pointing out nice things. and things that are blatantly obvious? You didn't say, I don't know, 'oh, I notice her thunder thighs' or 'the size of her stomach'. People don't notice that about you, Em. The only thing they might notice is how beautiful you are," I'm about to melt as he says these things, until, with a chuckle, he add, "or how pale."
"Oh, you were this close to being the sweetest you've ever been," I laugh, swatting him with the French magazine I've bought to work on my vocabulary.
"I mean it, though," he tells me, placing his hands behind his head. "You're absolutely smashing and that's all anyone will see."
It's hard to continue doubting yourself after words like those, and that's exactly why I've discarded my shorts and have even taken a dip in the ocean.
Lucien seems to get more and more tan every minute, making me terribly jealous, which he makes up for by buying me an ice-cream at one of the stands on the beach. When he goes to throw away one of the napkins I used to wipe some melted ice cream off of my arm, he gets stopped abruptly.
The little boy must be about five, looking up at Lucien after he's stopped him. They're too far away for me to hear what they're talking about, but they're both smiling at one another, which usually is a good sign.
The boy seems to have a specific question, because not much later, I watch another boy walk up with a ball under his arm.
Lucien must catch my stare, because he waves at me, gesturing at the ball.
It's better than any game I've ever seen, watching him play soccer on the sand with these two boys, both no older than six or seven. It's also good that I've put my sunglasses back on, because I can't help but let a few tears flow.
The last time we were on a trip together, I fantasized about us having a baby. About how Lucien would be as a father, how it would be to have his child. I even spilled all of these thoughts to him after drinks, and we joked about it, no matter how far away that felt.
And now I'm here, having lived through carrying his child, and losing it. Seeing him around children has always been strange for me, but this warms my heart as well as breaks it. Hearing him tell stories about his own childhood this trip has been great, as it has given me insight on his life previous to meeting me, but it's also been weird.
Now, I'm in this weird limbo between my heart breaking and it fluttering at the same time. I decide to push the first one deep and far away as I get up from my chair. "Luce?" I call out for him. "Do you think they'd let me join?"