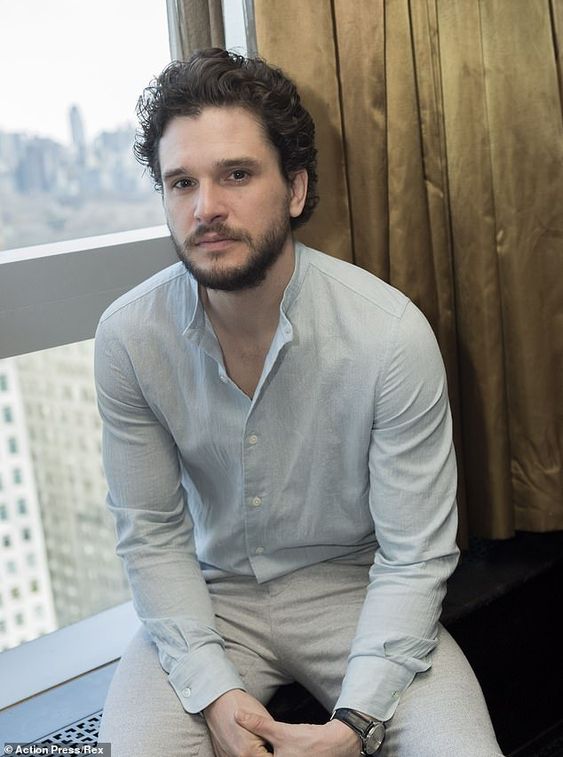 The next two days are absolute bliss. We explore the city, meet up for lunch with Jean-Claude and Gemma, and generally just spend our time however we see fit. We're making plans to go to Monaco for the weekend, because we agree that's just something we have to experience, and we don't plan ahead any further. We'll see what happens. If we wake up one day and want to go to Paris, like Emma planned, we'll go, but if that only feels right for the last couple of days, that is what we'll do. The whole trip is incredibly relaxed, a sharp contrast to what the recent weeks of our life have been.
Which is why it only hits home harder when I get the link from Matthew. It's early in the morning, we've just had breakfast and agreed that we'd take a boat trip today, do some snorkeling, maybe scuba dive. Just as careless as all the other days. But when I read the headline, my stomach sinks all the way to the ground floor.


Multi-millionaire baby: are Emma Middleton and Lucien du Castellon expecting a child?
I can't seem to tear my eyes away from the words. Connected are a bunch of pictures of our day at the beach, with Emma in the bathing suit I convinced her to wear. Emma, who was reading over my shoulder, seems frozen in place. Her face is unreadable, but I might be too shocked myself to make a decent attempt. I scan through the article, which is as vile as any tabbloid article, but this one is quite literally our worst nightmare. It connect everything people have been speculating over. We went AWOL to process the news, Emma couldn't go outside because of severe morning sickness. They're even guessing that's why we had to go to the hospital, but since we were seen on a holiday they don't suspect anything is wrong. The same picture several times, each time zoomed in closer on the little pouch that used to hold our child. They compare it to other holiday pictures from this summer and even further back, commenting on weight gain that 'seems logical when you're pregnant'. Finally, there's a guess on how long we're pregnant. It's the last line, but it hits even harder than the rest of the article.
We've done the math, and it seems that Emma might just be hitting the twelve week mark! That means it's safe to tell the world now - be on the look-out for that announcement, folks!
Emma is still in shock, gripping my upper arm so tight I wouldn't be surprised if there's a row of four bruises there tomorrow. For me, however, that initial shock is quickly fading to make place for anger. Anger might not even be the right word. Fury, rage, frenzy, none of them quite seem to cut it. My hands tingle and I get up to hopefully get rid of some of the tension in my muscles.
"I knew it." Emma whispers in disbelief. She's picked up my phone, probably closer inspecting the many pictures the article sports. "I knew it."
And she did. As if I wasn't angry enough, another realisation hits me so hard it makes me dizzy. I did this. I convinced her to wear that bathing suit, even though she was adament she didn't want to, that she felt insecure about the swell of her tummy. If I'd just respected that, if I would just have let her wear the one piece like she wanted to...
A thousand thouhgts tumble over one another as I pace our balcony. When Emma yelps my head snaps up, and I just see how she drops my phone in a reflex because a call comes in. Eailyn, no doubt, but I'm in no mood to talk to her.
"Ignore it." I mutter, even though I don't think Emma considered taking it even for a second. I feel like I'm burning up from the inside, aflame with rage for the stupid fucking wankers that write stuff like this, not aware of the damage they might cause. All they care about is the money, the clicks a title like that will generate. To them, we are not human. We're play things, monkeys in a zoo, just there for their entertainment.
"Could you please," Emma's voice cuts through the whirlwind. "stop pacing for a second and sit with me?"
A moment ticks away as I stare at her, as if I don't immediatley process that information. Is she really this calm, or is she pretending for me? Or is this that thing that she's so panicked that she's calm? I walk over and sit next to her again, where she takes my hand.
"We knew this was coming." She says in a shaky voice. Alright then, definitely pretending for my sake. Along with anger now comes guilt. I'm supposed to be the steady one, the sensible one.
"I know." I say. "I'm just..."
"I know. Me too." She squeezes my hand, frowning. "But it's out there now. We... we have to deal with it sooner rather than later."
"But it's just not fair!" I burst out, launching myself back to my feet. "The fact that they would do this! That they really went over this pictures so closely, comparing them to others from months ago! Making assumptions, throwing them out in the world!" I'm nearly yelling now, which I shouldn't do. I need to stay calm. Emma needs me. But I can't quite seem to get a grip on the absolute mess of emotions. Through it all there is one very consistent thought. I did this. I did this. I did this. I did this. I know Emma would never let me think that, which is why I don't speak it. She's got plenty to deal with, she doesn't need my self-loating on that list. "You're right." I breathe, grabbing my phone from the bench. "You're right. Sooner rather than later. But I'm fucking done. I refuse to just stand by and just watch them do this to you without any sense of remorse."
"They're papparazzi. I don't think they even know what that word means." Her voice is small, only making me feel worse. This is not how it should be. I should be calming her down, not the other way around.
"I know." I say, thrusting my phone towards her. "But that doesn't mean I won't try. Let's not sugar coat it. If this okay with you, it's going across all my platforms."
It's a simple black square with white text, straight to the point as can be.