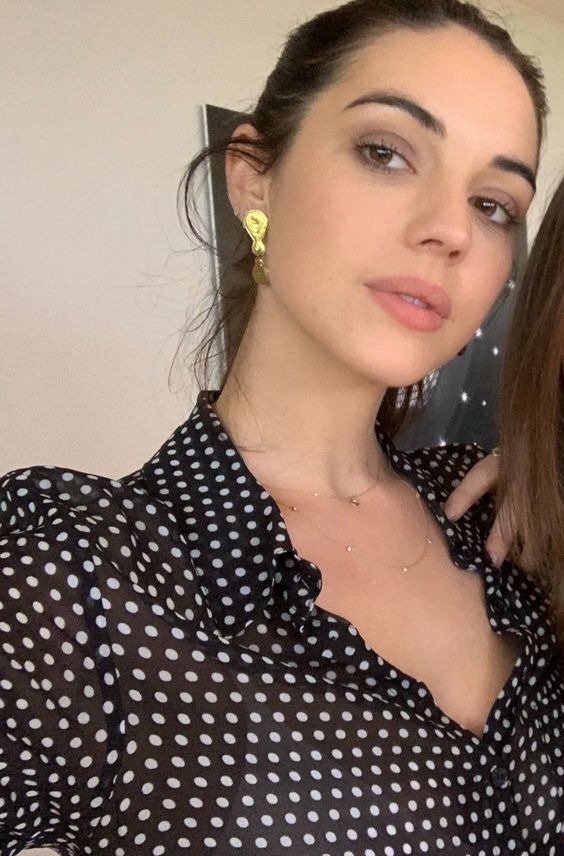 There's messages upon messages, but I ignore all of them, even Kenna's and Beth's. My head is too much of a mess, and I don't think I could even type a single word without wanting to throw my phone at the wall.
So I don't. I tell Lucien to do the same, too, though I doubt he's even listening to me.
We're both angry, and feeling desperate. This was bound to happen, one way or another, but it's put such a downer on our day that we both wish it hadn't.
I feel like I can't breathe, and that feeling only gets worse when I look at Lucien. His face looks tense again, a look that I hoped had washed away with the waves the moment we got here.
"We have to keep going," I tell him, and myself, at one point. We're sat out on the balcony, staring down at the beach. That doomed beach, where papparazzi was apparently laying around, getting ready to take pictures. "We can't let this ruin our trip."
We both know it's not that easy. All eyes will be on us now. If Lucien hadn't posted on social media, people would've stopped us to congratulate us on the baby, which possibly would've been more painful than this situation.
Now, people will express their sorrow, their pity. I already can't stand their sad eyes when they give us some kind of made-up speech on how sorry they feel for us, pity dripping from their voices.
"I'm just so...," his hands are balled into fists, and his breathing is ragged. "Angry."
"Me, too," I tell him, placing my head on his shoulder. "But there's nothing we can do now. The damage has already been done. All we can do is just continue on living, hope people actually do leave us alone."
He wants to argue me on that, tell me that no one is going to leave us alone, they're all going to want the scoop, I can tell, but he doesn't. In stead, he kisses the top of my head.

We end up going out on the water either way. I find that now, contrary to the way it was just after our loss, I feel the need to be around Lucien at any time.
I find myself reaching for his hand, or going in for a small kiss every so often.
I couldn't put the bathing suit back on, the thing almost radiating with the sadness I still feel, so I've found something that covers me more, and I'm laying out on the deck of the boat, feeling the sunrays hit me.
There's hardly any people around after we've found a slightly deserted spot Lucien seemed to remember from his time here years ago, and it feels peaceful.
He's reading a book, or at least he's pretending to, his tan skin glistening with the water he's just dipped his legs into.
I can't seem to focus on things for to long, either, which is why I turn onto my stomach and look at him. "I have this idea," I watch as he lays the book down on his stomach.
"Tell me about that idea," he smiles, though it's less genuine than it was less than twenty-four hours ago. It's almost as if his walls have gone back up again, though maybe I'm just imagining things.
"I've always wanted to get a tattoo," I tell him, his eyebrow raising immediately. "And with the weather changing again soon, and... well, all of this happening, I was thinking maybe this trip would be the perfect occasion to do so."

I knew I spotted a shop in one of the many streets, and after a late lunch, both done with being on the water and being alone with our own thoughts, we find it.
This plan felt way less scary when I came up with it, which is why I'm very glad I have Lucien here with me. A large man with a beard is behind the counter when we step in, a little bell signaling our entrance.
He immediately smiles at us as he starts speaking in rapid French, only stopping when he sees the slightly dazed look on my face.
"English?" he asks, still ever so friendly.
"I am," I smile. "He's not. But it'd be easier, yes."
He nods. "Welcome. Tell me, what can I do for you?" The sleeves on his arms, all made up out of traditional artwork, look gorgeously done, and for some reason don't make him seem more intimidating.
"I'd like to get a small tattoo done," I explain, pulling my phone out. "I don't know if you need me to make an appointment, or..."
"Well, let's see what you're thinking of, and we can see if we can get that done right now. How does that sound?"
I pull out the picture of one of Louis' drawings I have on my phone, of a simple small ladybug. He used to love drawing those, and mum brought them up when we spoke about grief and loss. She told me that when Louis just passed, she looked for ladybugs everywhere she went, as a way of distracting herself and reminding her of the small, but beautiful things in the world.
I've been doing the same ever since. There aren't too many in Edinburgh as far as I can tell, but I've spotted quite a few in Nice, and I'd like to think they were heavensent. By Lou, or Madeleine, or maybe even our child, somewhere up there.
The man nods. "That seems like it should be done in half an hour. Are you up for that?"
It terrifies me, combined with the sound of a buzzing needle in the background, but I nod. "Sure."
I look at Lucien, who's still standing beside me. I haven't explained the meaning behind it yet, he's only now seen what I want to get done, but he smiles when he sees it.
"Well, let's go, then!"