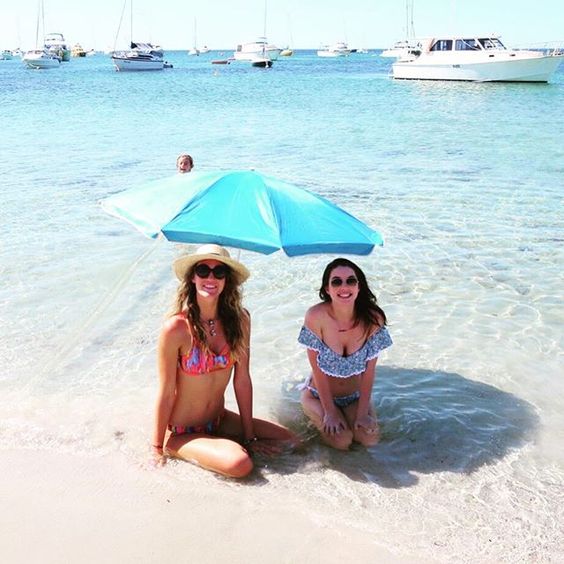 I'm up before he is, already making breakfast when I hear him get out of bed.
I've been a little uneasy after Lucien's behaviour last night, and if it wasn't such a touchy subject I would have brought it up immediately. Now, I know better than to confront him.
He's still shirtless when he walks in, making my stomach tingle a little, and I smile at him from the balcony, soaking up the sun, already covered in sunscreen in all of the places I could reach. My fresh tattoo is covered up by the sleeve of my shirt, the other one rolled up.
"You're up early," he sticks his head out of the door, rubbing the sleep out of his eyes.
I could tell him that I hardly slept, and when I did, it wasn't peacefully. But I don't, I simply shrug. "The sun called my name. Are you hungry? I thought maybe we could head down to the breakfast buffet."
He nods, moving a hand through his hair. "Sure, I'll put some clothes on."
I fake a sigh. "If you must..."
There's plenty of choice downstairs, the dining hall filled with all different kinds of people. It's already come down to our last day here, as we've decided to leave for Paris a few days early. With everything happening, I fully understand Lucien wanting to be home a little longer, though we might return to this side of the country sometime soon.
For today, we're meeting Jean-Claude and Gemma on the beach once more, and later we'll take them out for dinner. It's nice to have met people like them on this trip, and with Jean-Claude working as a professor in Paris, something inside me started to bubble back up again.
How cool would it be if, after the dust has settled, we could come back to France, and maybe settle down for part of the year? Life here is different from life in Edinburgh, and seeing Lucien in his own country awakens something in me, it seems.
I'm halfway through peeling my hard-boiled egg, watching Lucien scrape some butter onto his toast, as I reach over to him. "Here you go," I smile, handing him the cracked pieces of eggshell.
He raises a brow at me, shaking his head as if to tell me he doesn't know why I'm handing him this.
"Eggshells," I emphasize. "We should probably try throwing those out, now shouldn't we?"

Dinner with Jean-Claude and Gemma is lovely. They express true disappointment in our early departure, but make sure to invite us to their Paris abode if we're ever nearby, and we exchange contact details.
The boys are with their nanny, though they both tell us she's only there on occassions like these, and she has never worked full-time. They both were raised in households with absent parents, and tell us they could never see themselves as that kind of parent.
Lucien doesn't insert himself into that conversation, just nods. I understand him fully, bringing up Jacques du Castellon has turned out to be quite the mood killer.
Gemma shows her some of the new concept art for her book, which she has started writing on their trip here. Nice apparently works in magical ways for a lot of people, not just for me.
There's quite a few drinks flowing, though none of us truly seem drunk. A little buzzed, maybe, but in the nicest way possible.
Jean-Claude tells us all about the house they've recently bought, and about the yard it comes with. They've planted all kinds of trees, expecting fruit to start popping up in a year or two. They're truly living my dream, or so it seems.
The way they look so in love, even after all these years. The stealing of touches, kisses, the way he looks at her and she looks right back at him. Their two beautiful children, combined perfectly with their careers, and how they're able to afford both a nice house in Paris of all places and an appartment by the seaside.
At the end of the night, when the red wine seems to have made their way all through my body and I feel warm and fuzzy, we say goodbye to them.
On the walk back to our hotel, I hold on to Lucien's hand tightly.
"This was nice," I smile, leaning into him a little as we walk. "We should do this more often."
"We should find more married friends, then," he chuckles. "We only know Tom and Kenna, and they're more fish and chips and beer kinds of people than three courses and red wine folks."
"They don't have to be married," I correct him. "We aren't either. Just.. adults. You know, people with stories? You got along with Jean-Claude quite well, and I love Gemma. She's... so nice, and we have so much in common."
"Our friends aren't adults to you?" He teases.
"I mean," I groan. "Yes, but in a different way. Brie and Matt are still wild, you know? Our sisters are younger, and wilder, too."
"You mean we aren't wild?"
I roll my eyes at him. "Oh, we're so wild. Look at us, the wildest of them all."
"Okay, maybe we're not wild. But I'd say we're adventurous."
"Yeah," I shrug. We used to be, I want to say, but I bite them back. We used to do everything we wanted to. We used to make love everywhere and anywhere, ready to jump each other at any place or time. We would go to parties, ones that were too wild for me but still amazing. "Speaking of which..."
I've peeled my heels off of my feet, and look at Lucien as he looks at me questioningly, asking for my sentence to finish.
I just smirk. "Catch me if you can." The last part of that sentence must be hardly audible, because I've started sprinting towards the hotel.