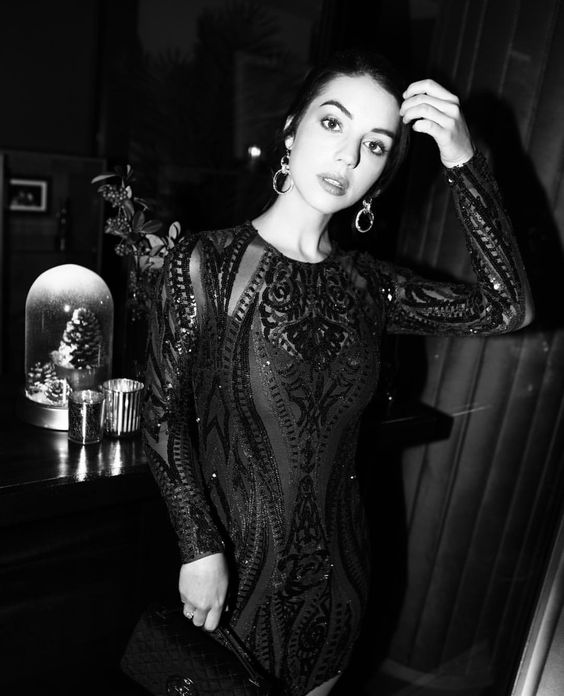 His present to me is insane, which only makes it more fitting for us. After the months, maybe even year we've had, I think insane is a great way to title our relationship.
Tears sting in my eyes as I stare up at the sky, following exactly where Lucien pointed a minute ago.
"That's them," my voice sounds, though I don't realise I'm actually saying it. This present, like he said, carries so much meaning that it almost feels heavy, yet it might be the favourite thing anyone has ever given me. "Luce..."
When I turn to him, peeling my eyes away from the stars, he's smiling.
"Thank you," it's not much more than a whisper. "This is... more than I could ever wish for."
My eyes immediately get drawn back to the stars, shining brighter than I've ever seen stars shine.
"I'm glad you like it," he wraps an arm around my shoulder, my body immediately melting against his as I enjoy his touch. I've had to miss it for too long, eggshells always in the way, and though we're still searching for the right moments and ways to do this, we're getting there slowly, one session after another.
We get home a little before midnight, and after feeding Frank, we settle down on the balcony. Compared to France around this time of year, it's definitely chilly, but for Scotland it's actually still quite warm out, so under those pretences I manage to get Lucien to sit out with me.
He has opened a bottle of wine that's definitely more expensive than the ones we usually stock up on, and though we're both still very full from dinner, he puts down a tray of my favourite chocolates.
The past few weeks have been strange, with ups and downs, that definitely have threatened my idea of the future quite a few times. More than once, I was afraid that we were going to end up breaking up anyway. But neither of us seems to be okay with that happening, so we're fighting for it, and the fight gets less and less hard every day.
"Are you ready for another year?" Lucien kisses my temple as he hands me my glass of wine.
"As long as we get to spend it together," I say in all honesty, "I'm okay with that. I'll even accept the fact I'm getting older."
He chuckles. "I'll always be the oldest out of the two of us."
"By a few months, that is. And men seem younger for a long time, so you'll be throwing those massive birthday bashes until your late thirties, if not fourties."
"I'll just be like Elton John," he smiles. "Throw a massive bash for every decade."
"God," I laugh. "I must say that doesn't sound too bad, though I hope I'll never have to do the same. Having all of those people come to celebrate my birthday tomorrow already is stressful, I couldn't bare doing it every year."
"Don't worry," he places a hand on my leg, sending shivers down my spine. It's something he always used to do, but I'm pretty sure this is the first time in a long time he's done it, and he might not even realize the effect it has on me. "I'll try and get most of the attention on me."
"How are you planning on doing that? Are you going to sexily sing Happy Birthday to me, a la Marilyn Monroe?"
He smiles. "I might. Just you wait and see, Emmeline Middleton."
"You'd best get those vocal chords warmed up then," I tease, "I expect the whole show now, or at least something spectacular. As long as you're keeping your clothes on..."
He chuckles once more. "I promise to keep my clothes on."
In the distance, church bells toll, signaling the start of a new hour. A new day, and in my case, a new year being alive.
A year in which I hopefully can leave the sadness behind, but in which I won't forget about the things that happened. A year in which Lucien and I can move on, but never pretend nothing went wrong. A year of happiness, and new experiences, and most of all, love. For each other, for our friends and family, and for myself.
"Happy birthday," Lucien smiles, his fingers slowly turning my face so he can carefully place a kiss to my lips. It's definitely careful, not even close to the kisses we've shared on birthdays before, usually spiraling into ripping clothes off immediately, but it's what's here for now, and I'm okay with it.
"Thank you," I breathe when our lips leave each other, moving a strand of hair out of his face. "Twenty nine."
"I must say," he grins, "you don't look a day over twenty eight."
I chuckle, pushing him in the chest softly. "Thank you. I'm glad to be spending this one with you."
"And I'm glad to be spending it with you, too. I'll try to make it better than last year's."
I shake my head, a smile still on my face. "The fact you didn't forget already makes it better than last year, but I guess I made up for that by forgetting your birthday this year, too."
"We're even now," he agrees, leaning back a little and sipping his wine. "Now, what would you like to do, to make this the best birthday so far?"
"I...." I purse my lips. "I'd like to take a long, hot bath. I'll do all of the beauty things like washing my hair tomorrow, but for now, I want to take a bath. With you in it, if you're up for that, or at least with you around. And then, I want to fall asleep watching a movie, doesn't matter which one."
"That sounds like something that should be manageable," he slaps his knees as he gets up. "Now, lavender oil in that bath water, I assume?"