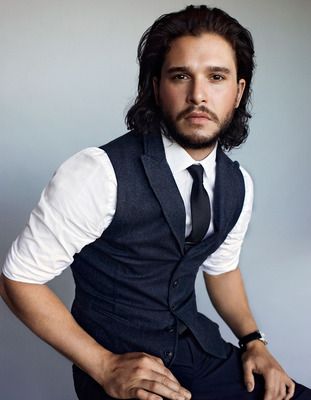 I end up sitting next to the bath for the entirety for it. It would be a lie to say I don't miss our therapy baths together, as Emma likes to call them, but in a weird way they are more intimate than sex has ever been to me. While kisses and touches have become more frequent in the last weeks, we've never come as close to sex as we did on our last night in Nice.
Not that we don't want it. There's a certain wanting in some of the touches, but mainly in my head there's been a blockade that kept me from pursuing it, a deep-rooted fear that I might end up triggering something for Emma that has her spiral downwards again.
Is it solely your responsibility to decide what she is ready to do or not do? Dr Dubois said when I had admitted to that. Does Emma not have a say in it?
Obviously true, if Emma shows me that she is ready I have no reason to believe that she isn't, but knowing and believing something are two different things. The two come a little closer to each other every day, luckily, but they have yet to meet.
Emma doesn't question it, simply plays with my fingers that hang over the edge of the bath as we talk. Whenever I make a bad joke, she makes sure to splash me with water, so by the end of it I'm just as soaked as she is - the only difference being that I am wearing clothing, and she is naked.
"You need to change anyway." She decides as she lets me wrap her in a fluffy towel. "Because once we get to bed, we are not getting out until the morning. It's my birthday, and I plan on cuddling with you all night long. No wardrobe changes."
I smile down on her, pulling a wet strand of hair away from her forehead before kissing the still-damp skin. "Noted."
She picks Bridget Jones's Diary, because - as she explains herself - she doesn't like it so much that it keeps her awake, but also she knows it well enough that it doesn't require too much attention to keep up.
Ten minutes before the end she falls asleep, with her head on my chest and her hand clutching my shirt. Even if I wanted to disobey and leave the bed, I couldn't without waking her. I don't want to, anyway. I let the movie run for a little longer in case it's just a catnap, but she shows no signs of coming back to Earth, so I turn off the TV and turn off all the lights except the one on my nightstand. It bathes us in soft yellow that makes me look even more tan than usual.
Emma's breathing is slow and even; I can feel it on my skin through the thin fabric of my t-shirt. Every few seconds her eyelashes flutter like she's about to open them, but she never does. It gives me perfect opportunity to truly gaze down on her without being questioned, something I haven't been able to do in a long time. She is still the most beautiful person I have seen, though I'm fully aware that I'm biased in that opinion. I try to remember how I could ever hate her as much as I did when I first ran into her again at the office, how she made my blood boil just by looking at me for a brief second. I can't imagine any emotion other than love for her. Even with all that we've been through - are still going through - in a relatively short time, she is still the most amazing thing to have ever happened to me.

I tap the roof of the car twice to signal that Mark is good to drive off, which he does immediately. He won't go far, will stay in a ten-minute radius so he can pick us up wherever, despite me telling him that he doesn't need to do that.
"I can't believe you called in a driver for the night." Emma notes as she watches the car disappear. "We could have just taken a taxi back."
"We could have." I agree, but leave it at that. Upon her request, we've arrived a little early so she can do one last inspection round before guests start pouring in. Me, Charles and Selene have all ensured her that everything looks dandy, but of course she needs to do it herself. I follow her into the bar. It's not extremely decorated, but decorated nonetheless to show that this is a birthday party, and not a regular night out.
Selene and Charles are already waiting for us. Selene immediately goes to hug Emma, while Charles and I do a short, but well-practised handshake that immediately grabs Emma's attention: "Since when did you two become bro's like that?" She inquires with obvious surprise. We both grin.
"Since I promised you to keep attention away from you." I say. Emma glances at Selene for explanation, but she just shrugs.
"All I can tell you is that Lucien came over a lot in the last few weeks, usually when you were at work. They shunned me from the bar whenever he did, though."
"That is a terrifying development in your friendship." Emma decides, looking between me and Charles. "Please explain."
"Well, like Lucien said - it has to do with keeping attention away from you." Charles grins. "What better way to do that than to not only put the two most handsome men at the party behind the bar, but also have them put on a little show tossing bottles and making fancy drinks?"
When it dawns on Emma, her eyes widen. "You taught him flair tending?"
"Wasn't easy." I smirk. "But him having to pay for all the bottles he dropped was a good incentive. Not quite up to my level yet, but..."
"That's because you refused to teach me anything else!" Charles shoves my shoulder with a laugh. "Scared I'll overtake you, I bet. Anyway -" He focuses back on Emma with that same grin. "There's more. Look," He points behind her, and she spins on her heel. There's a battered looking upright piano standing in the corner, fitting perfectly in the decor of the rest of the bar. "Rented for now, but I kind of like the look of it, so I might keep it. Selene can sing pretty well, and Lucien agreed to accompany her on the piano, so between that and his little show behind the bar... I think he does a pretty good job keeping attention away from you."