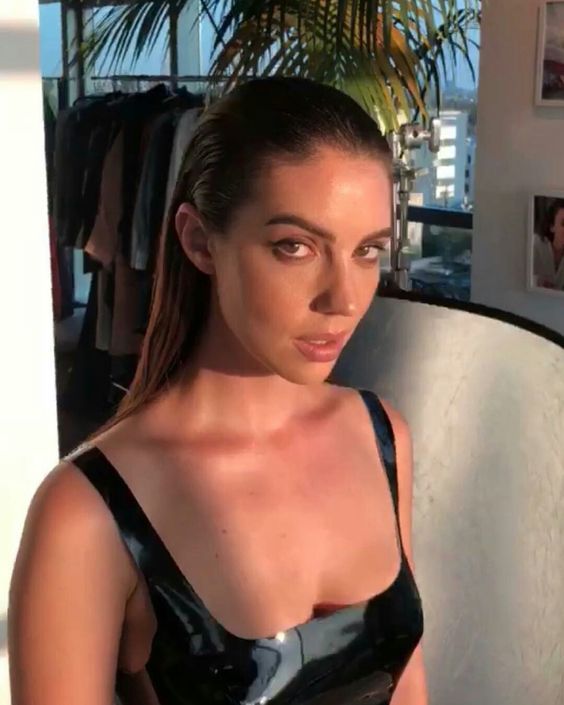 Just hearing him play makes my entire body shiver in a positive way. It brings back memories I didn't even know still existed in the back of my brain. Of us, dancing. Lucien telling me little snippets about his past without revealing too much. I get teary-eyed just thinking about it, though I try not to show it too much. The little buzz I've got going makes that harder for me, though, and people around seem to notice, though no one makes a big spectacle of it.
As Lucien plays, my eyes meet Charlie's. He smiles a smile at me that I haven't seen in a long time - one of genuine happiness.
When Lucien and I first got back together, all he'd show me was anger, or disappointment. Now, he smiles at me like all he wants for me is to be happy, and now he finally sees me do just that.
And I do feel happy. There's still pain in my heart for what was lost, but it's been filled to the brim with things to be grateful for.
Like my friends, and my family, but most of all, Lucien. How hard he's fighting for us to be okay, and how much he has done for me over the past few years.
My heart flutters with the amount of love I feel for him, seeing his fingers dance on the keys, not missing a single note. Focus written all over his face, mixed with a soft smile that turns up every once in a while.
When the final tone dies down, everyone applauds Lucien. Everyone but me, because I'm too busy being mesmerized by him. Our eyes meet, and he smiles.
I feel like I fall even deeper in love with him, if that's even possible. After the kiss we shared earlier, my body seems to be set aflame, and all I want to do is have him in my arms again.
I can't, though, because having him in my arms wouldn't end well. All I want to do is kiss him, over and over again, and that wouldn't be accepted in public. Even if it were, I'm not even sure if it'd be accepted by Lucien, which is why I keep a little bit of distance, as far as I can being in the state I'm in.
"Where'd you find a man like this?" Pearl has wrapped an arm around my shoulder, smiling.
"Rome," I reply, shaking my head as Lucien's fingers have found more keys, making the people that are chanting for more happy.
"Ha, ha," she mocks me. "Tell me, what's the catch? Does he snore terribly? Love to watch the footie on max volume... No, wait, he's got a foot fetish, doesn't he?"
I shake my head. "None of the sorts."
"Then what's wrong with this man?" she sighs. "Come on, Em, you're not going to tell me he's actually this perfect, are you? Gorgeous, funny, kind, rich, totally in love with you, and he plays the piano?"
I chuckle. "He doesn't think Pretty Woman is the greatest film of all time," I shrug. "But apart from that, there isn't much wrong with him."
Pearl groans. "God, you really did get lucky."
"I know," I assure him, smiling, my eyes still fixated on Lucien. "Believe me, I know."

The night is slowly coming to an end, though I refuse to accept it. Brie has opened up his appartment to some of the guests, including Eschieve, Beth and Daniel, so they were able to stay longer than they anticipated. Even all four of the girls, all living in different parts of the country, managed to find a place to stay, so they're the last ones to leave.
As a consequence, Bree is still here, teaching both Beth and Isabella to twerk, which is an unbelievable sight to see - my sister, though talented, has no sense of rythm, and watching her shake her butt out of beat can't help but make me laugh.
"Screw you!" Beth laughs after a good few minutes of dancing. "You can't dance either!"
"Oh, believe me," Bree laughs, "your sister can shake her ass."
Beth's facial expression changes from disgusted to intrigued. "No she can't."
"Believe me, we went out with her for years, and she used to be the one to catch all of the guys' attention when we were out dancing," she immediately looks at Lucien. "Before she met Lucien, of course!"
Eschieve, heaven or hell sent, changes the music, and it isn't long until Rihanna is telling us to work, causing Bree to laugh.
"Come on, Ems," she moves her hand in a gesturing motion. "Show us what you can do."
My colleagues are long gone, which makes me a little less hesitant to do this, but I still feel awkward.
Only with Brie cheering me on, my brother and Matt following suit - which is strange, if I think about it for too long, I step towards my friend and my sister.
Eschieve is sat on one of the bar stools, a grin on her face, with her brother just next to her.
"My dress is a little tight," I chuckle. "And I haven't done this in forever."
"Excuses, excuses," Elizabeth yells, a beer in her hand as she pokes Matt in his side. "The girl can move."
Matt shoots a sideward glance at Lucien, which can only be interpreted as something sexual. I decide to ignore it, and just smile.
I'm reminded of what Lucien told me earlier tonight. Absolutely breath taking. I can't believe you are real.
It gives me just that last bit of confidence, and within no time, but not before telling both of my brothers to look away or I'll pierce their eyes out, I'm showing my little sister how it's done.