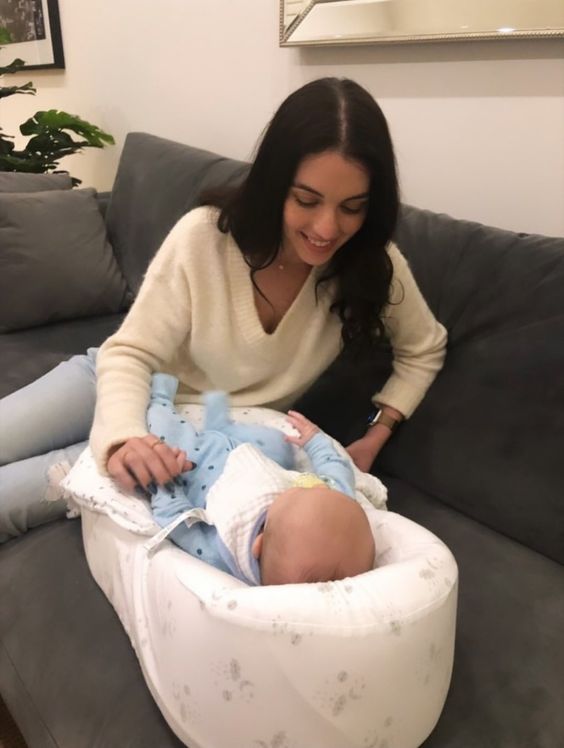 He truly is beautiful, which makes it a little easier for me to shove the pain I'm experiencing to the back of my brain. Kenna held on my hand for so long it feels numb, which compliments the numbness in the rest of my body.
I know I had to be here for this, that I couldn't leave her, that she needed me. Even if that meant having to turn off my emotions, or only let them pour out in the little breaks I took to shelter in Lucien's arms.
Now, Kenna is holding a tiny little boy in her arms, smiling widely. I can hardly peel my eyes away from the sight, unsure what I'm feeling right now.
I should be rubbing my belly right now, eager to be in Kenna's place and push a baby out. In stead, I'm feeling defeated.
The door opens again and Tom comes in, Lucien right behind him. He smiles at me weakly, the same pain in his eyes that I carry with me right now.
We're happy for Kenna and Tom, so happy, but seeing their child alive and healthy hurts, and feeling that hurt causes guilt. We both want to be able to fully forget about what happened, but I don't think either of us can.
"Meet our son," Kenna looks exhausted but her cheeks are a rosy colour and her eyes sparkle. "Felix Gabe."
Brie looks like he is about to cry, and he's the first to hold his godson. The little boy is tiny and fast asleep, unaware of what is going on around him.
"He's beautiful, you guys," Lucien smiles, and though I can tell he's being truthful, I know it took him everything he had in him to say the words. "Congratulations."
"Thank you," Kenna reaches a hand out to him, which he carefully takes. "And thank you for being here. I know it wasn't easy, so thank you."
"Anything for you," I tell them, watching Brie carefully bounce the little boy up and down. "And for baby Felix."
I'm next to hold him, and again my heart breaks as it flutters. I had imagined this moment with my own child - the first time seeing Claire, the first time holding her. Seeing if she resembled Lucien as much as I expected her to, watch her sleepy eyelashes flutter. In stead, all I got was no heartbeat and a hole that seems to go unfilled for a long time.
I cry immediately. From happiness for Kenna and Tom, but out of pure grief as well. Jealousy, maybe, even.
No one judges me for it, because they know. They might not understand, but they know how much it takes me to even be here right now.
"Lucien, do you want to...?" Tom carefully asks when he can tell I'm about to start shaking so much I might drop this newborn baby on the floor.
Even if he wanted to say no, I know he couldn't, so with trembling hands and a little bit of help from Tom, I place my godson in Lucien's arms.
He looks like a natural, and it only makes me cry more. He's so careful and he looks so soft, so patient. I can read the pain displayed on his face, yet there's also a smile. A soft, weak smile, but definitely a smile.
In the mean time, without breaking the gaze I've got on Lucien, I hold Kenna's hand. She squeezes it softly, pressing a soft kiss to the back. "You did good."
"I'm supposed to be telling you that," I say under my breath, my voice seemingly having disappeared when I started crying. "I didn't do anything."
"You were here," she tells me. "Even though it broke you. Felix is so lucky to have a godmother like you."
Part of me isn't satisfied with that. I want to tell her that sure, I make a great godmother, but it was also my turn to be a mother. To make Kenna a godmother, to be here, to have my own child. And just being a godmother to a baby I love dearly but that isn't mine simply won't cut it.
But I don't tell her that, though I'm sure she knows.

Leaving the hospital feels like a breath of fresh air, but our stay there still weighs heavy on the both of us. We're tired, and hungry, but most of all we both feel all of our emotions hitting us at once, over and over again.
I try very hard not to put my walls back up, fighting them as they slowly creep up on me, knocking them down brick by brick. I won't let this damage how far we've come, no matter how I feel.
When we come home, we find a box on our dining table, a card on top of it.
The card has a handwriting I don't immediately recognise, but one that seems very familiar to Lucien.
He reads it aloud, tears clouding my eyes too much ever since we left the hospital.
"To two of the loveliest people in the world - simply because you deserve it. Thank you for all that you do. Love, Matthew, Brie, Beth and Eschieve," there's a hint of emotion to his voice as he puts the card down and opens the box, displaying a small cake, chocolate with caramel sprinkles on top. "P.s. I borrowed your keys from Brie, hope you don't mind." He chuckles. "Matt..."
It explains why Frank is peacefully asleep on the couch and not attacking us, as his bowl is still slightly full and the lights we left on in a hurry having been turned off.
It makes me even more teary eyed, and I go in for a hug. There's eggshells, again, but they don't crunch or break when I touch him, or at least not yet.
"We do deserve it, don't we?" I smile through my tears, feeling Lucien press a kiss to the top of my head.