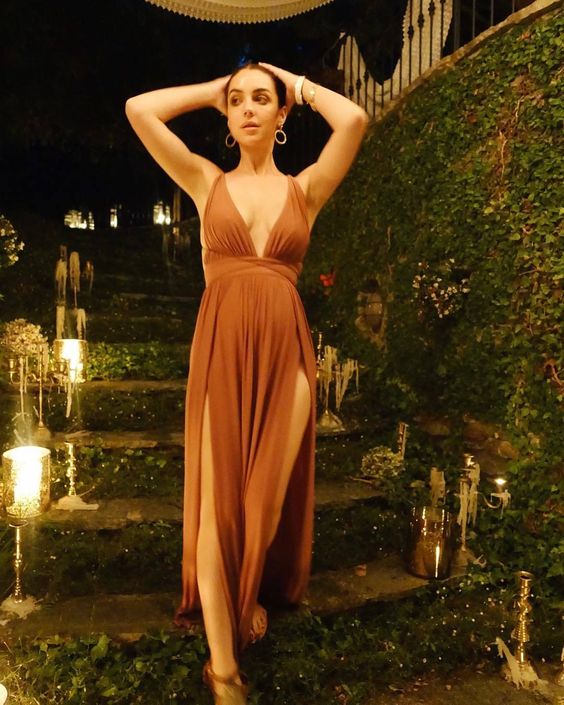 Being back in Rome feels surreal. It's not just the city itself, bringing back all kinds of memories, but mostly the realisation those memories brings me.
Has it really only been three years? With everything that has changed between us, and in general, you'd almost say it's been over five.
The suite we're staying in is insane, but it's slowly settling with me that we in fact do deserve this, though it's far from what I would have booked for us.
I'm staring out over the view our suite brings us, mesmerized by this sight of the city I've only seen in brochures. The last time we were in Rome, Kenna and I spent it in a budget hotel, neither of us financially stable enough to splurge on something even a tenth of how extravagant this place is.
God, the last time I was here, life was more different than I ever could have imagined it to be. I had recently graduated law school, the law school I now teach at, and had moved into my shoebox of an appartment.
I was single, Kenna was merely engaged, and we were both entirely different people.
Though my trip at the time was with Kenna, I don't remember much of it spent with her, mostly because she spent the first half of the trip puking. That's also when I met Callum, and soon enough, Lucien, too.
Lucien, who's currently washing the exhaustion of the trip off of himself in the shower. The same Lucien I grew to dislike within seconds of meeting him, simply because he had quite a bit of an ego and was possibly the most handsome man in any room.
The Lucien who showed no interest in hiding that same dislike, who tried his hardest to avoid me at any given moment.
I remember falling in love in Rome, but not with Lucien. With Callum, and his manipulative games. How he held my hand as we strolled the beautiful Italian streets, how he pointed out all of these landmarks amidst our chats, how he pretended to really listen to what I had to say.
Looking back at it now, I realise there was no way for me to realise how horrible of a person he was, though I wish I had.
Then again, maybe if I had, Lucien and I would have never grown close. Our mutual dislike of one another turned to a simple tolerance, and only became friendship when Callum cheated on me. If that had never happened, maybe we'd never be here.
"Taking in the view?" Lucien wanders out of the bathroom, ruffling his wet hair with a stark white towel as another towel is loosely wrapped around his hips.
"I am now," I smile, shamelessly eyeing him up and down. I can't imagine ever having hated him, because all I feel now are billions of butterflies whenever he looks at me.
He chuckles. "I could've predicted that one. What about the other view - do you like it?"
"It doesn't disappoint," I shrug. "Though I think I could even stay in the hotel I stayed in last time, as long as I get to be there with you... But this place sure is nice."
With his skin still a little wet, he presses a kiss to my temple. "I'm glad you like it. I've made reservations for dinner..." He smiles as he watches me yawn. "Though I will happily cancel if you'd rather stay in."
"No, no, no," I shake my head. "There's nothing I'd rather do than go out for a romantic dinner with the love of my life in the city we met... I'm just going to need a shower and a cup of coffee first."
"Coffee or shower first?" He gestures to the half-kitchen in our suite, equipped with pretty much everything but a stove or oven.
"Shower," I lean my head against his shoulder. "Though bathing in coffee sounds like a plan, too, now."

After having filled up my energy levels a little more and having washed the sweat and tiredness off of my body, I get dressed under Lucien's watchful eye. It is so watchful I almost think we're not going to make it to dinner, but he keeps his hands to himself the entire time - which is both a relief as a disappointment.
When I look at him through his reflection in the mirror, I can't help but smile. There isn't a single feeling I've felt more in my relationship with Lucien than simple happiness. Just being with him, knowing he loves me unconditionally, is enough to drag me out of any low I am in, though sometimes it takes longer than either of us would like it to.
It's crazy, realising there was a time not long ago when Lucien and I thought we might break up. That thought seems insane to me right now, because simply looking at him keeps on making me realise there's no one I'd rather spend every waking moment with.
"What?" He grins as my gaze lingers on him for way too long.
"I'm just very happy that we met that night in the bar," I smile, moving over to let my fingers play with the hem of his shirt. "Even though neither of us knew what would become of us at that moment in time."
"I don't think either of us expected this," he smiles, his hand placed on the small of my back as I press a kiss to his cheek. "Though I'm glad it is."
"No regrets?" I chuckle, moving a strand of hair behind his ear.
"The only regret I could have is not realising I fell head over heels in love with you sooner," he traces a finger over my jaw. "And that I spent so long without you over the past three years. But besides that... not a single regret."
"Good," I feel my cheeks slowly turning a blushy pink. "Me neither."