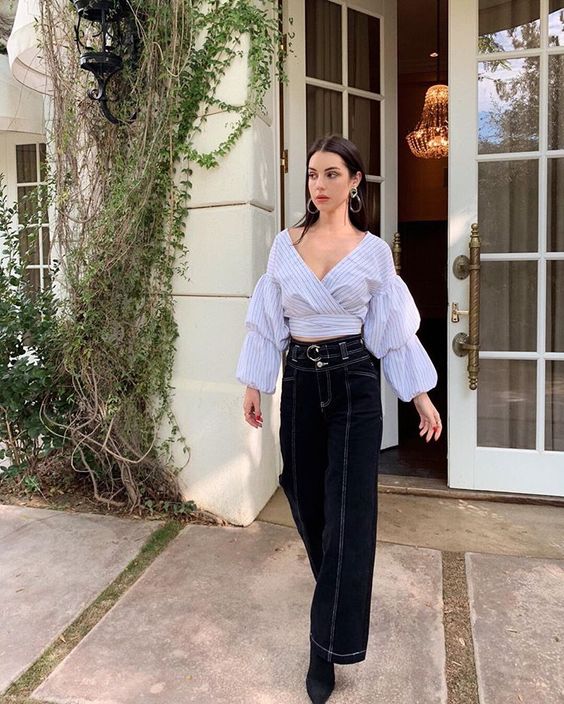 "I don't think I ever want to leave," I mutter, in Lucien's arms. It's early morning, and we both woke up just a few minutes ago, letting the sun cascade into our bedroom.
"Maybe I'm wrong, but I have a feeling you say that everywhere we go," he smiles, his fingers tracing shapes on my shoulder.
"I do," I smile back, leaning into his touch as much as I can. "Because... we're different when we're on vacation. Free, happy. Not that we're not happy when we're home, but it's a different kind of happiness. I just..." My voice wanders off, lost in thought, figuring out how to explain.
"I understand," he states, his fingers drawing heart after heart on my bare skin. "I feel the same way."
I turn my body so I face him. "We're like teenagers, almost."
"Hormonal and down to tear the other's clothes off the entire time?" he jokes, my hands now both on his bare chest.
"That, too," I chuckle. "But not just that. We're also... really ourselves, I feel like. No worries holding us back, no playing pretend."
He smiles into the kiss I initiate, soft yet passionate, his fingers tangling themselves in my hair.
Neither of us has any hurry to get up, or to start our day. We have plenty more days to go, plenty of time to explore and do whatever it is we want to do. There isn't a cat screaming at us on the other side of the door, nor is there work begging for our attention.
I could stay here for hours, days maybe, only interrupted by a bathroom visit or a snack break. Just the two of us, cuddled up, ignoring the outside world.
"So is this where you stayed three years ago, too?" I ask him after we've just been staring at each other for a while.
He nods. "Not this exact suite, but this kind."
Three years ago, he was here with Liliana. She seems like not much more than a distant memory, and apart from the pictures that surfaced a while ago, I don't think I could even really tell you what her face looks like anymore.
I remember being intimidated by her, and by how gorgeous she was. I felt jealous of the passion they seemed to share - at the time not because I wanted to be the one to receive Lucien's affection, but because I simply wanted any kind of affection from someone.
"Isn't it crazy..." I twirl a curl around my finger. "How much has changed? I just can't stop thinking about that."
"I know," he smiles. "Three years can do that to someone."
"You haven't changed a bit, though," I move my finger to his cheek, poking softly. "Still that same handsome man I met three years ago."
"You thought I was handsome?" he teases. "I thought you only saw me as a show off."
"I definitely saw you as a show off," I bite back, "but I couldn't deny you were handsome. A cunt, but a very handsome one."
"I'll take it," he chuckles, his hands both on the small of my back, pulling my body tighter into his. "If it's any solace, I thought you were beautiful, too. A bitch, but very beautiful."
"You're just saying that now," I shake my head, feeling one of his hands slowly make its way down.
"Oh, I'm really not, miss Middleton," he grins, lifting his head up to let his lips meet mine.
"Prove it," I simply state, before our lips crash into one another.

"Yes, we're having a great time," I press the phone against my hear with my shoulder, my hands working on my make-up. After finally having gotten out of bed what felt like hours later and taking seperate showers, we're ready to discover some more of the city. As Lucien makes us coffee, my mum is on the phone, already way too curious about how we're finding our trip. "We just arrived yesterday, though. The travel was a lot, but it was all worth it in the end, and we saw a lot of beautiful places."
"I'm glad, Linie. Your father and I went there once, but it was years ago, before you were even born. Have you gone to visit that one museum yet? The one with the... Reg, what's the name of that one museum again? The one we went to, where the lady with the... Reg?" I chuckle as I hear my mum walk away from the phone, probably to look for my dad who has changed places since the last time she talked to him.
Lucien hands me a cup of cappuchino, pressing a kiss to my cheek. "Tell your mum hi."
"Ah, yes, the Borghese gallery!" My mum's voice surprises me. "Absolutely lovely. Was that Lucien?"
"Yes, he says hi," I smile, taking a small sip of my coffee. "And we'll check it out one of these days."
"Is he acting off at all?" Her question makes me a little apprehensive to ask any more questions, but lucky - or unlucky - for me, I don't have to. "Secretive? Like he's going to propose?"
Lucien already told me my parents hinted towards us getting married, so I'm not surprised, though I didn't think she'd be this forward about it.
"That's not going to happen, mum," I chuckle, finding Lucien's gaze on me, an eyebrow raised. "We're not getting engaged on this trip."
Lucien laughs too, shaking his head, mouthing something that looks like he's telling me my mother is our biggest fan.
"Why not? Rome is terribly romantic, Linie, and you've been together for ages now!"
"Because, mother," I smile, applying mascara to my lower lashes. "Lucien doesn't want to." Lucien shoots me a glare, in disbelief I've just said this, and in return I stick my tongue out at him.
"What do you mean, he doesn't want to?"
"Marriage is just a piece of paper and a party," I vaguely quote him. "So unless I help him change his mind, it's not happening. Maybe Charlie will do it, you should ask him."