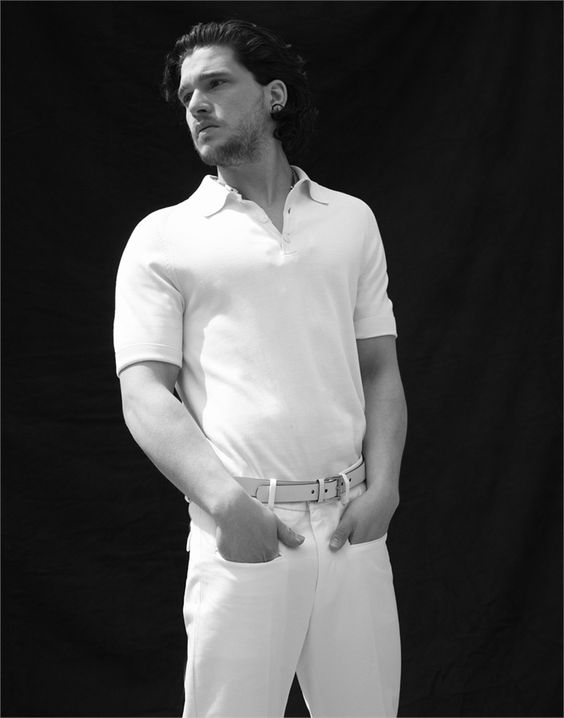 There's a part of me that feels guilty for telling Emma I don't want to get married. Overhearing the conversation with her mother - half of it, anyway - made me wonder if maybe she's not as okay with not getting married as she said she was, so hopefully it's not going to be a bigger issue than it needs to be.
"Can I be expecting a call from Mrs Nancy Middleton herself somewhere in the near future, asking me why in God's name I'm refusing all tradition?" I approach Emma from behind after the phone call ends, leaning over her shoulder to kiss her cheek. Through the mirror I see her roll her eyes at me.
"My mum's not that..." When she catches herself, I raise my eyebrows at her with a grin. She laughs. "Okay, maybe she is that persistent. But I really doubt she's going to call you and whip around how upset she is that you're robbing her of the opportunity to see her eldest daughter in a wedding dress."
"Mhm, sounds like I'd do good in keeping my phone on do not disturb for a while longer." I peck her cheek another time and then move away to grab my watch. "You almost ready?"
"Yeah," Just then she puts down her lipstick, usually the last part of her routine, and she spins towards with me with a bright smile. "How do I look?"
"Stunning as ever." I reply, fastening the leather strap of my watch around my wrist. "I'm going to have to watch out for any good-looking men with a history in law that look at you disapprovingly, because they might steal you away from me in a couple of months."
"I sincerely doubt that." Emma replies, grabbing her bag.
"And why's that?"
"Because in order for them to steal me, I need to be willing to be stolen." She holds her hand out for mine. "And I just don't see that happening."

The weather is soft today, which makes it perfect for visiting landmarks like the Colosseum and the Roman Forum. We get waffles from a street vendor for lunch, and then gelato as we sit near the Forum to ease out feet for a while and just enjoy people watching. If we turn to the left, we can still see the Colosseum in all her glory.
"Did you know that some Italians consider it bad luck to enter or exit the theater through the West entrance?" I ask, suddenly remembering this random fact from my mother many years ago. "It's called the Gate of Death, because that's through where dead gladiators were carried out. Half a million of them, between the first and the last games."
"A lovely fact to discuss over ice cream." Emma comments dryly, and I laugh.
"Sorry. It's one of the few that my child-brain decided to remember."
"Louis always wanted to be a gladiator when he still was a kid. Had the plastic armour and helmet, the whole thing." She smiles, eyes glassy as she remembers. "He wouldn't hear it if we told him he was much too soft. He'd never hurt a fly, let alone a tiger or another human being."
I brush a finger over the lady bug on her lower arm. "I don't mean to squash your brother's dreams, but I'm really glad he couldn't be a gladiator."
She turns to me, still smiling. "Really? How's that?"
"Well, if he had lived in an era to be a gladiator that means you would have lived in that era as well. And then you and I couldn't have met, because you'd be long dead by the time even my great-grandparents came around."
She snorts, looking down as I circle her tattoo over and over again. "That is exceptionally cheesy, even for your standards."
"I have no regrets."
We have absolutely no plans. We have things we want to see, but in no particular order. We just do what we feel like. Right now that is chilling in the park nearby the amphitheater, with her large structures still glancing through between the trees. Having found ourselves a place in the shade, we are both enjoying a book. I'm sitting up against the tree, with Emma laying perpendicular to me with her head on my thigh as a pillow. There's no rush or pressure to do anything, which is exactly how I like it. It reminds me of Emma saying how we're different when we're on vacation. It was something I'd noticed myself, but this particular trip seems to amplify that even more than usual. Emma's birthday was the end of a dark chapter in our relationship, something we both felt. This trip seems the start of another one; in the last one, Kenna's baby was born, something that raked up a lot of still-fresh emotions, but all of them stayed behind the moment we stepped into that car. Emma and I found each other again, in ways we hadn't found each other for months on end. Brie and I reconnected. Everything had changed, but also everything was new. And this trip is the beginning of more new things: Emma going back to work, almost full-time, and me going back to work as well as back to school, because through this all I still want to set up that charity, even though the idea came to me over a year ago.
"Lucien du Castellon, as I live and breath." A voice snaps me out of my train of thought, and I look up to see a shadow towering over us. When my eyes adjust to the light, I recognise the shadow as Luca Ricci, an Italian content creator I met through Matthew ages ago. Emma has also lowered her book, looking curious.
"Couldn't have told me you were visiting my lovely city?" Luca grins, his arms crossed over his chest. I grin back at him. While I rarely see him, Luca is actually a pretty good friend.
"We only arrived yesterday." I reply, putting my book away. "You can't blame me for prioritising my girlfriend over you."
"Of course I can't. Pleasure to see you again, Emma."
Judging by the expression of mild panic that comes over Emma, she has no clue who this guy is. "Emma, this is Luca Ricci. You've met him a couple of times during various parties, but don't worry - most people forget him right away."
"Oof," Luca looks pained, putting a hand over his heart. "Low blow, Lucy. But he's not wrong - don't worry, I can't imagine how many people approach you during those famous birthday bashes." The grin immediately returns. "Talking birthday bashes: I'm throwing a late one for myself coming weekend. I sent you an invite, but I figured you wouldn't be up to it with everything that's been thrown at you this year. But consider yourself invited."