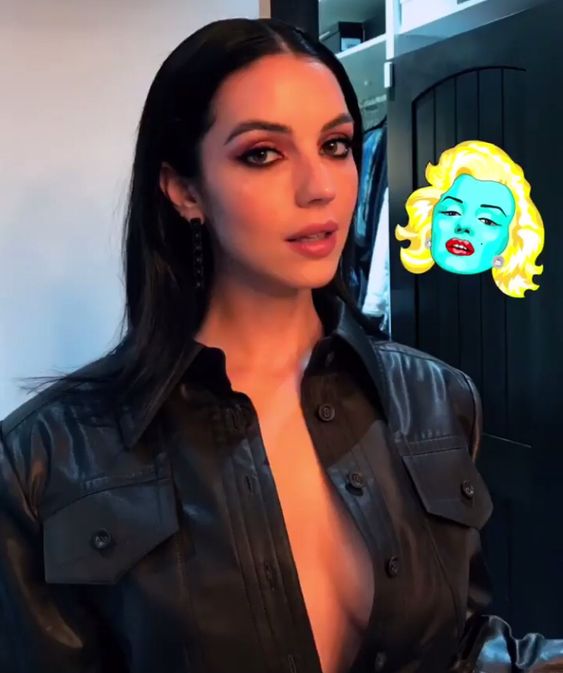 "I'm glad," I smile, the feeling of his lips to my cheek still lingering though he's already pulled away. "I know we talked about this, a long time ago, but... well, with your last relationship being an open one, I'm not surprised people still try and make a move on you at parties like these. I just keep on forgetting about it, sometimes."
He chuckles. "Are you jealous, Middleton?"
I stick my tongue out at him. "Not jealous, just... a little posessive, I guess. These people here are all breathtakingly gorgeous, you can't blame me for wanting to protect what's mine."
"Oh, believe me," his hand, placed on my bare knee, squeezes softly. "I know how you feel. All of these men and women staring you down, I can't help but..." He places his free hand under my chin, his fingers tipping my face slightly so he can kiss me. He tastes of peach and hard liquor, and though we're in public, I still feel like the kiss doesn't last long enough as he pulls away. As his lips leave mine, my body shifts with him for as long as it can, not ready to break contact yet.
He chuckles as we finally do break contact, an eyebrow raised. "I thought you hated PDA."
"I do," I grin, one of my fingers hooking into the collar of his shirt, pulling him back into me. "When other people do it."
There's no pressure in our kiss, no urgency to disappear behind curtains. There's posessiveness in it, though, and greed.
Just in this behaviour, so much has changed compared to weeks, even months ago. I was right when I noticed it - we turn into teenagers on vacation, free and without a trace of worry.
"See," Lucien smirks. "If we got married, neither of us would feel the need to act like this in public anymore."
"Lucien du Castellon, are you really using me kissing you as a reason not to get married?" I elbow him in the side, rolling my eyes. "I already told you I was fine with that!"
"Are you sure, miss 'Influencer's Wife', with your 'Lucien won't marry me' on the phone to your mother?" I knew he caught up on that, and I knew it'd float around in his brain until he found the time and place to bring it up, which turns out to be after a few drinks in a place like this one, with people all around. He says it with a grin on his face, though, which makes me less uncomfortable talking about it.
"I'm just saying," I shrug. "It'd be easy on the both of us to get married. There's so many perks to it, isn't there?"
"I thought you didn't believe in marriage, Emmeline Middleton, family lawyer specialised in divorce." There's a teasing tone in his voice as he twirls a strand of my hair around his finger. "Half of marriages end in divorce, don't they?"
"In the UK, 42 percent of marriages end in divorce," I factually mention, "but that also means 58 percent doesn't."
"How about France?" he teases.
"France's rates are significantly higher," I glare at him as he smirks. "Oh, don't even say anything, du Castellon. There's more pros to marriage than there are cons."
"Is that so?" His fingers trace patterns on my leg, biting his lip as he holds back his chuckles.
"Financially, it's a smart move. It would cause more stability, it'd be easier to buy a house."
"Babe, I hate to have to remind you," the patterns he draws have become numbers now, randomly in order. "But finances aren't really something I worry about, and neither should you."
"I was just saying, in general... but fine, how about looking at the future? If we'd want our future child to have your surname, we'd have to register our partnership first, which is basically the same thing as getting married but without the party and the romance! And then you'd have to aknowledge them, or they'd immediately get my last name. And even if we were to go through that, I'd be the only one in our family without your last name, or I'd have to legally get it changed, which is even more paperwork but without the joy that comes with actually being married."
The numbers have become little hearts as he watches me passionately talk, a smile on his face. "You've really done your research, haven't you?"
"This is my field of work, du Castellon, of course I have," I sigh, poking him in the arm. "You're starting this argument, you should know I'm opinionated."
"Yet you told me you weren't deadset on getting married," he repeats, that shit eating grin on his face.
"And I'm not! You're the one who brought it up again, and you're making it impossible for me to..." I shake my head. "Are you just trying to get me all fired up so the sex will be all passionate tonight?"
He laughs loudly, his body shaking as he does so. On this trip, I've seen him do that more - the carefree, full body laughter, no control over it.
"I wasn't trying to do that, but you do bring up a good point. You're an animal when you get a little pissed off."
I roll my eyes. "You're walking the line between a little pissed off and full discussion mode, du Castellon, and we both know as soon as you tip over to the wrong side, nothing is happening tonight."
"I know, I know," he kisses my cheek gently, though the simple smell of his perfume already drives me wild. "You're right. I'll behave for the rest of the night, baby."
The nickname almost makes me moan under my breath, especially when it's said with the French accent that gets slightly thicker when he drinks.