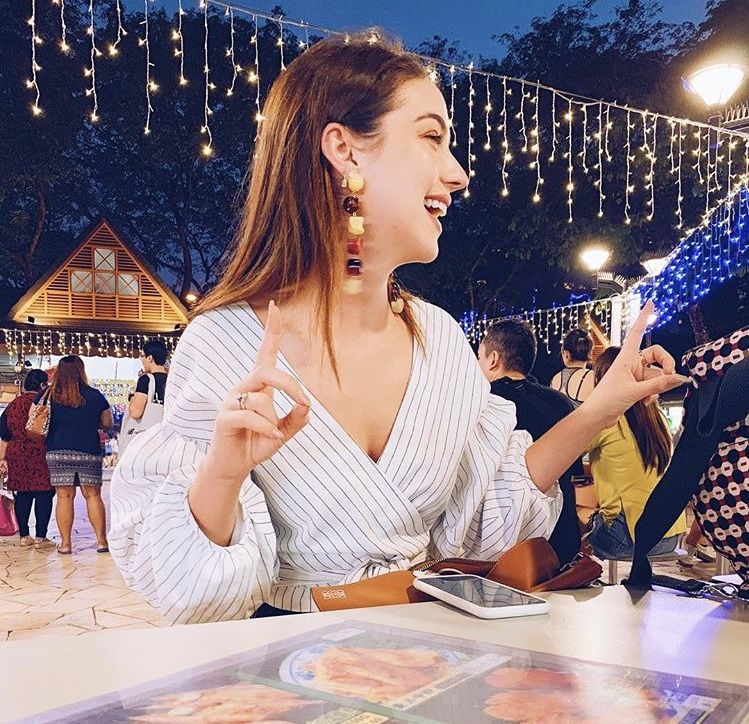 I sleep most of the flight home, my body drowsy from the sun it has seen over the past few weeks, and partially to ignore the fact that we're returning to reality again. My face rests on Lucien's shoulder, leaving a very charming stain on the fabric of his shirt from my drool, as I dream vividly.
Most of those dreams include the name he used for me before we left - though it was merely miss and not mrs, he still used his last name in stead of mine, and I haven't been able to stop thinking about it since, even though I know how dumb that must sound.
I don't awaken until we're already far, far away from Rome, and the colourless, cloudy contours of Scotland.
He kisses the top of my head as he notices my eyes flutter open.
"We're home already?" I sigh, rubbing some of the sleep out of my eyes.
"I begged Row to turn around," he smiles, moving some of my hair out of my face. "Said he couldn't."
"Too bad," I stretch my arms out in front of me, Lucien immediately catching one of my hands to hold, "I would have loved to stay a little longer."
He presses a kiss to the back of my hand, a smile on his lips. "Me, too. We'll go on another trip soon, okay?"
"Christmas break?"
"Why not sooner?" he chuckles.
"I don't know if you need reminding," I enjoy the feeling of him pressing my hand against his face lightly, resting it there. "But you'll be a student come September, baby. There won't be time sooner."
"Oh, but I've heard Glasgow's law faculty has one very kind teacher," he teases. "I'm sure she won't be hard on me... Besides, there's only very few things left for me to do, so I'm sure I'll be fine."
"That kind teacher," I lean my face on his shoulder again as the tingly feeling in my stomach takes over, signalling that we're descending. "Will be fired if she does you any favours. Besides, I'm pretty sure they won't allow you to be in any of my classes, anyway. They'd be too scared we'd be too busy flirting."
"Boring," he grins. "I'm sure we could teach them a thing or two about relationships in law - like what it's like to sleep with your employee."
I roll my eyes. "If you ever bring that up to any student ever, I will have your head, du Castellon."
He chuckles. "Which one, Middleton?"

The appartment is strangely quiet when we get home, and it takes me a second to realise that is because Brie has taken Frank to his appartment until tomorrow, so we wouldn't have to worry about him.
Part of me wants to unpack our bags immediately, and start some washing. Lucien stops me, though, recognising that look in my eyes.
"Laundry can wait until tomorrow," he smiles. "We're still in vacation mode for the next..." he checks his watch, his eyes needing some time to take in the numbers. "Fifteen hours."
"Is that so?" I smile. "Does that mean no work talk, no checking social media and no worried looks whenever your phone dings?"
He rolls his eyes, shaking his head lightly. "You act as if that's all I do."
I wrap my arms around him, tilting my head up to look at him. "I know that's not all you do... but I know how tempting it is.. for the both of us. So... no social media for the next fifteen hours?"
We both fail at that deal within hours, when Lucien finds himself scrolling instagram and I check Facebook after I see my mother has tagged me in something. We're lounging out on the balcony, some Arctic Monkeys on in the background. Both of us were too lazy to cook, so we ordered sushi from our favourite spot and opened up a bottle of wine.
Luckily, we both catch it in time, smiling as we toss our phones to the side.
We both quickly switch to another one of our addictions, Lucien lighting my cigarette before he does his.
"Can you believe that in ten days, I'll be back to teaching four days a week and you'll be going to university?" I exhale.
"Not really, especially because I still haven't gotten my schedule," he smiles. "I still don't really fathom that I'm going back to school, to be honest."
"We're usually very late with those," I shrug, "I don't think I've gotten mine, either. I'm proud of you, though," I press a kiss to his shoulder. "For going for it. And you know who must be proud too?"
From the tone of my voice and the look in my eyes, he must know exactly where I'm going, rolling his eyes before he groans. "Don't say..."
"Your father," I grin. "Come on, Luce, I know you don't need his reassurance, but imagine how good it's going to feel to show him that you can do it, all without his help."
He smiles back at me. "I suppose that makes it a little better."
"Have you told him?"
"That I'm going back to school? Hell no," he shivers, the air outside getting colder by the minute. "And I don't think I will."
"Why not? Don't you think...," I catch myself before finishing the sentence, seeing his facial expression change. "You have every right not to tell him. Though I do think he'll find out one way or another."
"It's Jacques du Castellon, I'm sure he already knows," he sighs, jamming his cigarette into the ashtray. "But so be it. Speaking of which, can I add one more thing to our 'vacation mode' list?"
"Sure," I lean into him a little more, my cigarette also having ended up in the ashtray.
"No mentioning of my father for the next... eleven hours."
"Sounds like a deal," I smile, pressing a kiss to his cheek. "Mister du Castellon."