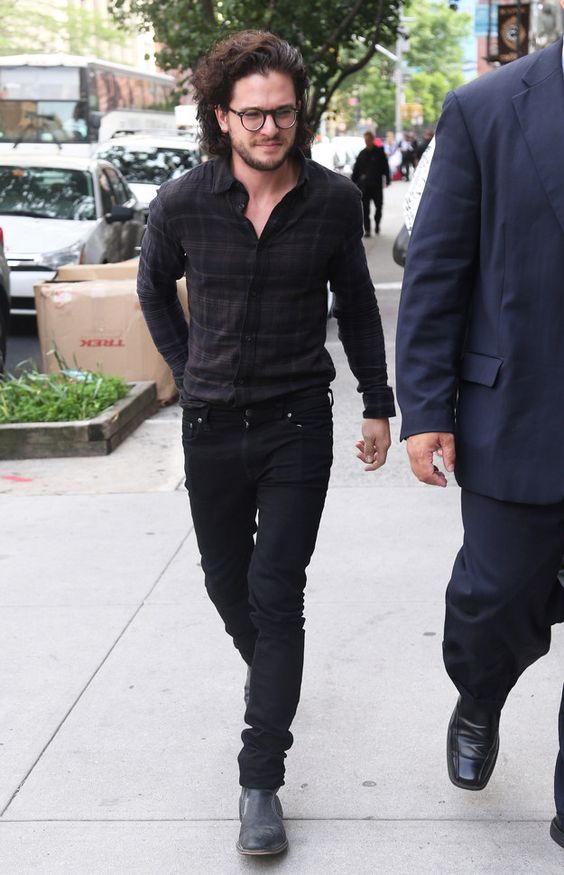 "Are you in her CivPro class as well?"
"No, it's my first class from her. I hope she isn't as boring as Professor Arden, I could barely keep my eyes open."
"Oh no, Professor Middleton is great! She's like, really chill with assignments and homework and such. It's weird to think she's only a few years older than us, don't you think?"
"I can't imagine studying law and then ending up teaching at the freaking start of your career. Did something happen? Can't have been a voluntary thing."
"I dunno, man. Isn't she dating someone rich? Maybe the money wasn't convincing enough anymore, if you've got someone buying houses left and right..."
"What are you smiling about?" My eavesdropping is interrupted by Piper, who moves into my line of sight before her sentence is finished. Her brows are raised in question, but I shake my head. When I glance over her shoulder to look at the two boys who were talking about Emma, they're both engulfed in their phones now.
"Just something I remembered. How are you?"
Piper, as I found out over lunch yesterday, is doing her first and second year combined. Like me, she has previous experience in law school that makes that possible. It ended her up in four of my classes - two from Emma, one from the second year that the dean made me take, and for some reason she won't disclose my fourth-year Ethics class. She just turned twenty-eight and is originally from Ireland, but moved to Glasgow five years ago. There's some others in my class that are close to my age, but it became quickly apparent that they'd rather keep to themselves. I don't mind that generally, but it's nice to have someone to talk to in at least some of the lessons.
Currently we are waiting for the auditorium doors to open up to the other of Emma's classes that I'm in: family law. Another first year course, which is on my curriculum because the laws between France and the UK are so different. But class starts in three minutes and the doors are still tightly closed.
Piper anxiously checks her watch. "D'you think she's running late?"
"Nah, she probably has class across campus or something annoying like that." I shrug, and Piper snorts.
"What, like in all those bad chick flicks from the early twothousands? Surely they'd be more considerate in real life."
Sadly, I know they're not. Last night, as we were both trying not to pass out too early on the couch, Emma spend the better part of five minutes raging on about how she couldn't possibly make it in time without cutting the other class short, something she really didn't want to do. It seems that she still did, though, because the doors open. I can hear her greeting students, but I can't see her through the crowd that quickly pours into the auditorium. Only when I've found a spot do our eyes quickly cross.
I wink. She smiles.
Piper, next to me, smirks. "Remí! Did I just catch you flirting with the teacher?"
Oh, shit. I shrug casually, grinning at her. "Comes with the charm of being me. Weren't you the one who said I was so effortlessly charismatic yesterday?"
"Oh, shush you!" She shoves my shoulder with a laugh, then reaches down to grab her laptop. "Can't blame you, though. She's gorgeous. But I'm pretty sure she's already seeing someone."
I tip my head to the side. "What makes you say that?"
She nods towards Emma, who's connecting her computer to the projector. "See that ring? You don't buy those for yourself, and it's not generally something your parents buy for you. Someone else got that for her."
"Huh." is my unenthusiastic reply, because this is dangerous territory. There are so many ways the relationship between me and Emma could be discovered, and we'd like to avoid all of them for as long as possible. Piper's comment does make me fixate on the rings - the stones of the first one catching the light whenever Emma moves her hand, but the other one is invisble from here. I nearly go to touch the necklace around my neck, but catch myself just in time. I don't need more questions.

Emma is busy talking to a collegue when she comes out of the building, which is why she doesn't immediately notice me. Only when she notices the other woman giving me a curious and approving look does she look at me; I'm leaning against the car, in that way you'd see in the chick flick movies Piper mentioned earlier today, because that's apparently my thing these days.
"I'll see you next week, Veronica." Emma says hastily, waving after the woman - who isn't really looking at Emma anymore, but instead gives me an up-and-down before realising she's staring and fixing her gaze straight ahead.
"Hey you," I smile when Emma finally gets to the car. She doesn't look as happy as I'd hoped; instead, she looks worried.
"Hey," She breathes, eyes darting around. "You shouldn't be here. What if they see you..?"
"Em, it's seven-thirty on a Thursday. I assure you that all the students from the five-to-seven lecture went straight home. No one saw me coming this way." I promise her, my hands laying lightly on her waist. "And all the teachers know you're dating a student. I can assure you, they're all extremely jealous of you."
She laughs, and the tension shatters; she moves into my touch, her bag sliding to the ground, and she takes my face in her hands for a kiss. It's the first time this week we're ending on similar times; the rest of the week, I've been taking the train home. If anything is happening this weekend, it's that discussion about cars, because any train after four in the afternoon is a complete nightmare.
"It's good to see you." Emma says finally, her hands having slid down to my neck. "Want to grab a bite to eat? I'm starving." Her smile makes place for a frown. "Or do you want to get home? I bet you'll have to get up early tomorrow..."
"As luck would have it," I smile, kissing the tip of her nose before I move towards the driver's side of the car. "I only have an online lecture tomorrow. So let's start the weekend early, hm?"