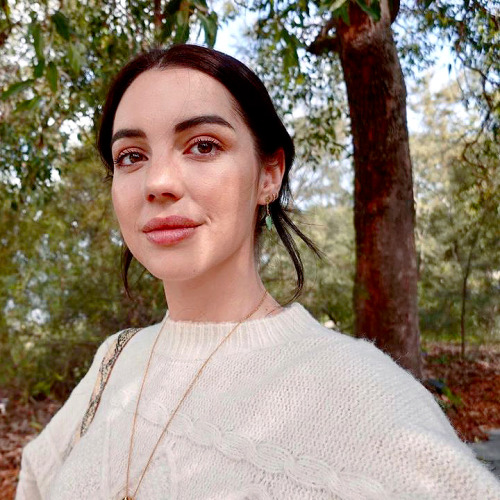 "Fine," I smile softly, my hands on top of my laptop I've just closed. "A little shaken up, but nothing I can't handle."
He smiles, too, though I'm not sure if I've reassured him, or if he's just doing it to make me feel better. It's almost as if his entire body is tense from holding back a touch or an embrace, something we both constantly do whenever we're around each other on campus.
"That kid is a dick," he pushes a hand through his hair, sighing.
"It comes with the profession," I shrug, seeing Lucien's eyes widen a little.
"Is that so?" He's placed one hand close to mine, not quite touching yet much closer than a student should be to his professor, but also easy to discard as him just leaning or pointing something out.
"Oh, yeah, most lawyers are total dicks," I smirk. "Most that I know of, at least. Like my previous boss - total dick. Huge, even."
If we were in the comfort of our own home, this would have earned me a teasing push or a smack on my butt, and I'm sure Lucien is biting back whatever comment it is he is thinking of as he bites his lip.
"You really think you're funny, don't you?" It's a little louder than a whisper, as if the walls have ears - and in places like these, they probably do.
"Oh, hilarious," I grin, putting my laptop into my back and swinging it over my shoulder. "I have to go, they scheduled another lecture all the way across campus in twenty minutes. It's like they're punishing me for being the youngest and most fit professor in the field."
Lucien chuckles, putting both of his hands in his pockets as a preliminary measure not to grab my hand as I walk by, probably.
"I'm sure that's it," he teases, "or maybe because you're dating a student."
"I'm living with one, even," I roll my eyes, shaking my head as I hold back a chuckle. "Speaking of which... Are we driving back together, or should I take the train?"
He shrugs. "I'm studying with Piper this afternoon, plenty of assignments due in the next few weeks. I could make sure I'm ready around the same time you are."
Piper. The bright, friendly-faced girl Lucien has been spending a lot of time with lately, and who raised her hand like she was heaven sent, drawing attention away from the case that was presented and replacing it with her own. I've heard a few things from her, here and there, and she seems bright.
"Let's keep in touch, yeah? Don't feel like you have to hurry on my behalf," out of habit, I almost lean in to give him a quick kiss, but I catch myself just in time and shake my head. "I'll just text you when I'm done, and we'll see. Don't want Piper Kent to start getting suspicious - she seems smart."
"She won't," Lucien shrugs. "She's smart, but she just thinks I'm mysterious and absent minded most of the time."
"Seems like she has the right idea," I hold back every urge to touch him, moving a hand through my hair. "If you'll excuse me, I have to go. Study hard, yeah?"

The rest of my day is uneventful to say the least. No more mentions of my case, nor does anyone seem to have found out about me and Lucien - the only things I really worry about, currently.
The first text I send Lucien doesn't get a reply, which probably means he's too busy studying to check his phone. I run into a few colleagues on my way out, all of them seemingly having important questions for me, but even after having spoken to them for half an hour, there's no word from Lucien.
I consider sending him an e-mail, knowing he's on his laptop, but if Piper or any other student even glances at his screen and sees my name pop up, they'd get suspicious.
It's starting to get dark out, one of the cons of this time of year, and the wind is almost icy cold, not making it very tempting for me to walk to the station right now and wait for a train.
I decide to call him, my impatience getting the best of me.
It only rings three times before he picks up, not saying his name - which, I realise, is because calling himself Remí feels unnatural, especially when talking to me.
"Hey," I smile, wrapping my scarf tightly around my neck. "You didn't reply to my text. Still hard at work?"
"Just wrapping up," he answers, his voice hardly louder than the ones in the background. Around this time of day, the library slowly gets more and more empty as people go home. "My brain is totally fried."
"I realise you can't say you'll meet me at the car without anyone around you getting curious about who Remí Reyes could be meeting at his car at... six thirty," I pull the pack of cigarettes out of my pocket and fumble with the lighter as I press my phone in between my shoulder and my ear. "So just say yes if you will, or no if you need more time and you need me to take the train."
"Yes," he says in no time, to my relief. "Ten minutes."
"Good, I'll start walking and meet you there, then. I'll drive, so you can give your fried brain a little break. I love you," I smile, lighting my cigarette and inhaling for the first time in over ten hours.
"I love you, too," his voice sounds on the other end of the line before the connection ends.