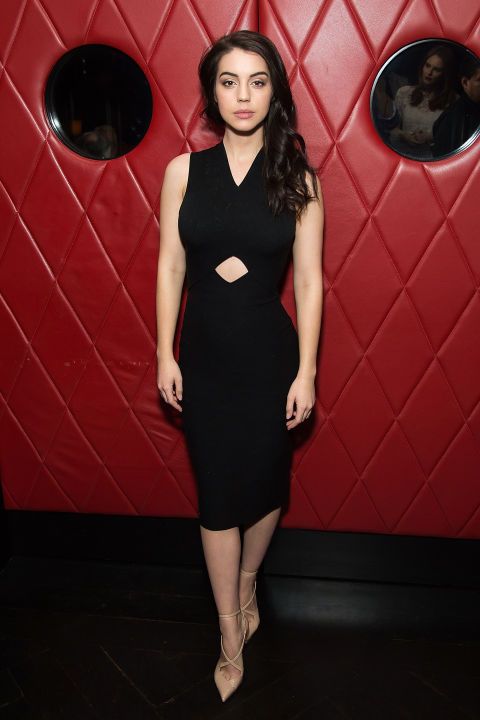 In the whirlwind that is exam season, we don't see much of one another. We try to have dinner every night, but with our schedules so vastly different, it's more like every other night.
I supervise some of the exams, resulting in me being on campus before eight in the morning or until nine at night, when the last students leave. I get carried away in grading tests, trying to make sure I don't fall behind and I can enjoy the end of exam season with Lucien.
Some nights, I don't come home until late, having caught the last train or having driven home, my eyes heavy and plummeting down on the couch out of exhaustion. Other days, I'm home early, waiting for Lucien to return only hours later. It's a stressful time for the both of us, and though we try our very best to spend quality time together, we don't always manage. If we're lucky, we get in one episode of Friends before either of us falls asleep or decides it's time for bed, where we then cuddle for half an hour until it's truly time to go to sleep, our alarms waking us up horribly early each morning.
"I know I'm technically not supposed to say," I mumble with my mouth full of toast and jam, pouring my second cup of coffee since I woke up about twenty minutes ago. Lucien is at the dining table in his bathrobe, his laptop already open in front of him, prepping for his last exam this afternoon. He looks up, an eyebrow raised. "But you shouldn't worry about your grade for Civil Procedure. I may not have gotten to grade yours, but I was told you passed with flying colours..."
He smiles, moving a hand over his face, the stubble fully having returned. "Does that mean I won't have to come to your lectures anymore?"
"That's what you got out of that?" I chuckle. "Yes, it means you no longer have to come to the lectures. Don't act like they were such a pain, du Castellon."
"It's quite hard, paying attention when your girlfriend teaches," he shrugs. "What time are you home tonight, again?"
"I have an exam to supervise at nine," I check my phone, telling me it's currently seven fourty-nine. "Then I'm going to grade my ass off for four hours, and then I have another exam until six. So... around eight, probably, knowing myself. And then tomorrow morning I have to be on campus at eight again.. Might even make a twelve hour work day. I keep on forgetting how much I hate exam weeks, and they always come back to bite me as soon as I do."
"I'll make sure to have dinner ready, then," he smiles, his gaze flicking from my face to his laptop, conflicted as to where to pay the most attention to.
"I'm sorry I won't be able to drive you home," I sigh, pressing a kiss to the top of his head as I place my hands on both of his shoulders, scanning the screen. There's plenty of summaries opened, some of them obviously his, others borrowed from classmates such as Piper. Those two have been spending a lot of time together prepping for exams, and though the jealous feeling I experienced in the library hasn't come back, it still irks me a little.
The few times I've seen them together, whether it was running into them in the hallway or seeing him walk her to her car, a weird feeling wouldn't leave me alone. The looks she gave him, whether or not he saw them, or how close she got to him without him even flinching... Something seemed off, though I keep on blaming my own stress for it. Luckily, that stress is soon to be gone. "Or celebrate with you, today or tomorrow."
"Like I've told you, Em," he presses a kiss to the back of my hand. "It's okay. Work's hectic, I understand, and I'll be tired for most of it either way. We'll celebrate the end of this hell period on Friday, I'm fine waiting for it."
"Hell? Don't you think you're being a little dramatic, Lucien du Castellon?" I chuckle, ruffling his hair as I do so.
"Well, I haven't had a decent night's sleep in two weeks, I haven't seen my friends for just as long, my brain is about to explode from all of the information I've had to save there," he groans, "and to make matters worse, we haven't made love ever since Halloween.. I know hell when I see it, and this sure feels a lot like hell."
"Well, you can make up for that lack of sleep tomorrow," I smile, "and I promise you, come Friday, you won't have to complain about a lack of sex anymore, baby. I'll let you ravage me all weekend long, whenever, wherever you want."
With a sound that's a combination of a groan and a laugh, Lucien reacts to my statement.
"I've got to go," I wipe the crumbs off of my mouth with the back of my hand, taking my hands off of Lucien's shoulders to do so. "See you tonight, okay?"
"You can't just leave after saying something like that, Em...," Lucien groans, making me smile.
"Believe me, my love," I smile. "There's nothing I'd rather do right now than let you fuck my brains out, but I simply can't. You're going to have to wait until Friday. Now...," I stick both of my thumbs up at him. "Good luck, break a leg, champ!"
He yells something at me whilst I'm already down the hall, but the closing of the door drowns it out.