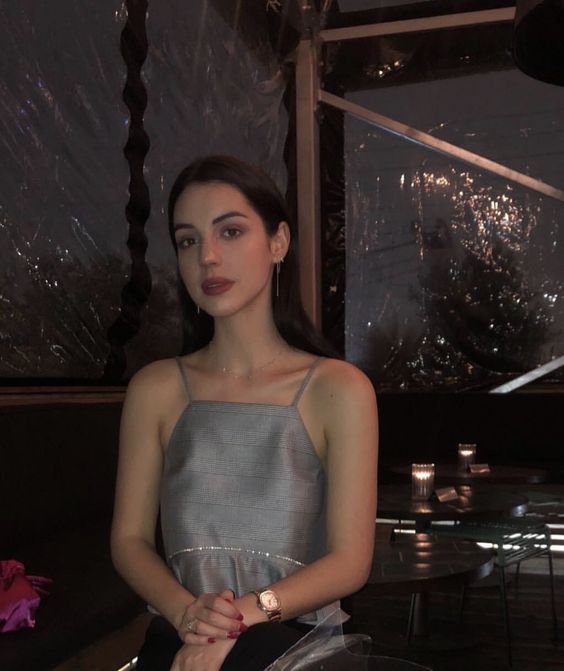 The dinner with Piper seems to have sparked something in the both of us, and it hasn't been good. It hasn't been awful, either, but it just seems we're both a little off. Small things that would usually be laughed about now often end with us bickering, and neither of us seems to realise we're doing it until we're far into arguing about something stupid.
After getting back into our usual rythym, which is mostly lectures and travelling to and from university, it seems we slowly let go of some of our annoyances, too, though mine still appear from time to time. When his phone dings an unidentified ringtone and he replies almost immediately. When I see him in lectures next to Piper, or when she laughs at something he says a little too loudly when I see them pass me in the hallway.
Today is a thursday, which makes it my last day of work of the week, and without Lucien knowing I've cancelled all of my appointments for today. We weren't supposed to travel to university together anyway, my appointments and meetings starting hours after his first lecture, so it didn't cause any suspicion when we said goodbye this morning. He gently kissed me, told me he'd be home around six, and we'd figure out what to do for dinner.
It may not be a special day, but it's the start of another long weekend together, and one we should enjoy. The amount of little arguements we've had has piled up, and if we don't break the cycle right now, we're going to be fighting like this until far past Christmas.
Which is exactly why, as soon as the door fell closed, I started the plan I've been working on for days now.
After washing our bedding, I cleaned the house and put away the nice bottles of wine I ordered that arrived just as I was loading the dryer. The house is nice and clean, and there's fresh flowers both in the dining room and the living room.
The bath I draw after smells like lavender and stays hot for the entire hour I stay in it, thanks to the hot water I keep on adding.
My hair, finally out of its usual bun after three days of looking like strict university professor, gets a luxurious wash with the shampoo Lucien always compliments the scent of, I shave every inch of my body and even manage to apply a nice but subtle layer of fake tan.
I've made reservations for seven thirty at our favourite restaurant in the city, and underneath one of Lucien's favourite dresses I'm wearing a new set of lingerie.
My nails are lacquered a beautiful shade of red, and I'm wearing the perfume I only wear on special occasions.
I'm done way before six, which is when Lucien is supposed to come home - his last class ending at half past four, assuming he'll need some time to chat and get to his car before driving home.
I scroll my phone on the couch, clicking through every instagram story filled with uneventful stuff made to look like you should've been there. Even Piper's passes by, showcasing two cups of coffee marked with smiley faces about three hours ago.
Frank is dead asleep on the chair as the sun has now set. I light a few candles and turn on a nice light. In a few weeks, we'll be getting a christmas tree, but for now this will do.
The house smells clean and vaguely like the lemon cake I baked as a late night snack for tonight, for way after we come home from dinner, as a little treat after leaving the bedroom - or living room, for that matter, depending on where we end up.
Kenna texts me smiley faces, asking me if Lucien has come home yet. Six o'clock exactly, and no sign of Lucien. Probably stuck in traffic. or stopping for some last minute groceries on the way home.
I reply that no, he isn't home yet, but he'll be here any minute.
Fifteen minutes later and I'm listening attentively, waiting for the sound of his key in the door. No keys, no footsteps in the hallway, no cheerful hello.
At six thirty I text him. In an hour we're supposed to be in the centre, having dinner, and Lucien still is nowhere to be seen.
Hey, you're late. Everything okay?
I feel it might ruin the surprise, but him being late is a very rare occurance, which worries me.
Every sound in the hallway startles me, but there's no sign of Lucien. At six fourty-five, I send another text.
You're worrying me a little. Call me when you get this?
Not a single reply, my texts not even showing up as delivered anymore, just as sent. My mind races, from his car being upside down in a ditch to his phone having been stolen.
At seven, I call him, leading me immediately to voicemail. It doesn't even ring, which means his phone is off.
Before I can truly panic, I try and think logically, like past stressful situations have taught me. His phone could have just died, and he could be on his way home. This is not like him at all, though, he would have let me know his phone was about to die, he would have made sure I didn't worry.
Yet now all I do is worry, until a certain thought creeps into my mind.
What if he's not somewhere in a ditch, what if he just didn't feel like coming home to probably another arguement? What if he's out there, doing god knows what, with friends - or worse, with Piper, who can't stop staring at him like he's heaven sent and will flirt with him right in front of me?