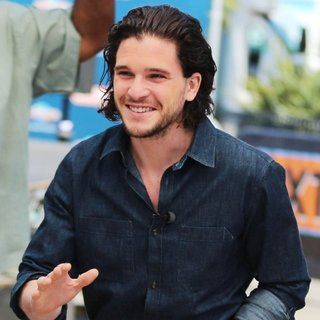 "I can't believe this happened." I stare down at the wreckage that was once my phone. During the last lecture, I knocked over my coffee and the contents of the nearly-full cup spilled out exactly where the precious piece of machinery was laying. Piper graciously sacrificed her scarf so I could clean up the mess and to dry up my phone as best I could. Near the end of the lecture, it seemed to have dried up enough to turn back on, only the screen wouldn't respond to any of my touches and half of it was nothing but bars of coloured pixels. Absolutely done for.
"Didn't you say you were up for an update anyway?" Piper says cheerfully. "This is the perfect excuse!"
"I guess... I just hope the memory card wasn't damaged. Not everything was on the cloud." I mutter, thinking of many of the pictures I have with Emma that might now be lost forever. I haven't made a back-up in months.
"No way of knowing until you bring it to some repair shop, but before we're off campus all of those will be closed. Take your loss for now, boo, and let's get ouf of here."
I follow her out of the auditorium, stubbornly trying to get the phone to work, but it really seems to have played its last song.
"So are you coming?" Piper asks as she tags along to my car. It's parked on the much closer student lot, since Emma didn't come with me this morning. When Piper sees my hesitation, she immediately cuts in: "A restaurant has only one opening night! And especially one like that, we can't miss. You, as an influencer, should know that."
"I know, I know. It's just... It's Thursday, I've got tomorrow off again, which hasn't happened in forever, and Emma and I like to start our weekend together."
Piper isn't impressed; she crosses her arms over her chest, and raises a single brow at me. "You're not telling me that party-animal Lucien du Castellon is swapping in this opening event for a quiet night on the couch with reruns of old shows and greasy pizza? Your weekend plans are always the same, boo, and they can wait until tomorrow."
"That's not..." I start, but I cut myself off. Seeing the look in Piper's eyes, I know that argueing isn't going to get me anywhere anyway. And maybe she's right. What difference would it make to just do it tomorrow? We'd still have all day together, and with Emma having appointments all day and me having long lectures, we'd probably both crash on the couch anyway.
"Come on, boo." Piper presses on. "You haven't been out of the house in weeks, except for school and the occassional cup of coffee that I literally had to drag you out for. It'll be good for you!"
Maybe it's her infectious energy, or that I'm too tired to really put up a fight, combined with the fact that's not wrong - I haven't been out since Halloween, and December is mere days away.
"Can I at least borrow your phone to call Emma, so I can tell her where I am?" I gesture to my pocket, which is serving as a morgue for my phone. Piper waves it away, and smiles brightly.
"I'll call her! I have her number from when you wanted to send along that picture, remember? But we have to go now, or we're going to be late. I'll call her on the way there and explain. You drive behind me, okay? I know the address."

I feel that if I eat another crumb of food, I might explode. It's already past nine, and I really should be getting home, but I'm in no state to drive. Luckily Piper isn't either, so we go for a short walk in the neighbourhood of the restaurant. Out of habit I offer her a cigarette, like I would Emma, but she refuses with a laugh.
"No, thank you. I like how they look on you, but they're not for me."
"Excuse me... How they look on me?" I smirk. She ducks away in her scarf so that half her face is hidden - or rather, my scarf, because she sacrificed hers for my phone and even though I'm freezing, it was the least I could do to give her mine in exchange.
"You know!" She says bashfully. "It accentuates your brooding, gives you a troubled scholar kind of look..." She pops up again, and she's grinning. "It's kind of hot."
"You're delusional." I chuckle. "As my friend, you're supposed to tell me it's bad to smoke and try to convince me to stop. And then I'm annoyingly casual about it, and brush of your concerns, so you tell me the story of your uncle's cousin's brother-in-law who got lung cancer, and that finally convinces me to stop."
Piper looks at me with wide eyes, and then laughs. "I know that's a battle I'll lose, so I won't even start it. And like I said... It's pretty fucking hot." Her eyes glide over my body and she bites her lower lip. Immediately, Emma's constant concerns of Piper flirting with me come back to me, and I might have believed her if it wasn't for Piper immediately laughing, shaking her head.
"Maybe one day I'll convince you."
I roll my eyes with a smile, and just as we get back to our cars, a light snow starts falling from the sky. I groan in misery. Piper looks concerned.
"Why would you willingly spend the winter in Scotland, if you hate the cold and the wet so much?"
I smile weakly at her. "Love does crazy things to a person, Pips. Emma makes it all worth it."
I'd expected her to smile, maybe to say 'awww', but instead she just frowns. "It just seems that you're offering up an awful lot - leaving your home country and all - and Emma... isn't."
Immediately I shake my head. "It's not like that at all. I know it sounds bad, but I promise you that it isn't."
"It just strikes me as odd, is all." She shrugs, but then quickly replaces her worry with another bright smile. "See you Monday?"
"Absolutely. Looking forward to that eight-thirty lecture."
She hugs me, her entire body squishing tightly against mine, and I shift so that I can accomodate her for her usual kiss on the cheek - but clearly she didn't expect me to, because she moves quicker than I'm used to and the kiss lands on the very corner of my mouth.
"Oh, sorry!" She says quickly, with yet another laugh. "Lucky the place is deserted, or people might get ideas... Now, get into that car of yours, boo! No matter how pretty you look with the little snowflakes in your hair, you're about to freeze to death."