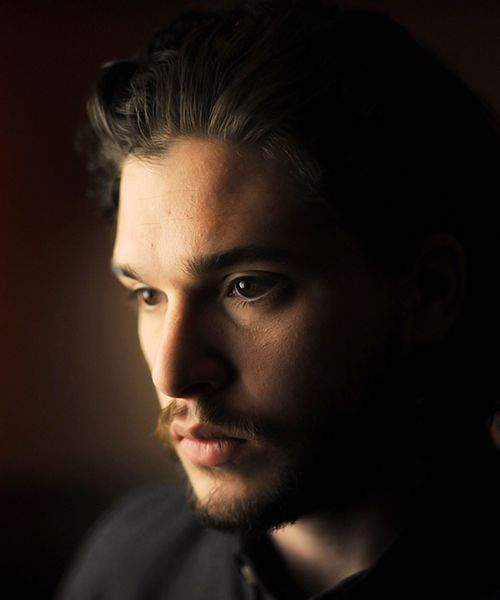 It started out light-hearted enough; just a movie night upon Piper's request, because she told me she'd been feeling lonely with these dark and cold nights. I made sure to run it by Emma first and while she agreed, it was quite obvious that she didn't really want me to go. We've been toeing around the subject of Piper, and I'm getting more and more frustrated with the whole thing, but don't want to bring it up again. It's not going to get anywhere, so we just avoid it. So off I went, because I wanted to be there for my friend.
Beforehand we'd already decided to watch the two Wreck-it Ralph movies; the first one was one of Piper's favourites, but she'd never seen the second one.
The trouble started with the second movie. I quickly noticed Piper becoming more withdrawn and quiet, hiding half her face behind a blanket, and her eyes glistened with held back tears. When I paused the movie and asked if she was alright, she broke down crying.
In a reflex, like I would have done with Emma, with Eschieve, or Beth, or even Kenna, I pulled her into me and hold her close, trying to soothe her. Between sobs she told me a story about an old friendship that ended much like the friendship portrayed in the movie was struggling now, and that it just hit a little too close to home. It took a while, but eventually she calmed down. Her head fell against my chest, exhausted from the crying, and she just stayed there. She clearly needed the affection, so I didn't fight it. We started another movie, deciding that the other one jus t had too much emotion attached, and the mood picked up quickly after that. A picture was snapped, and posted online despite my reservations about that - Piper insisted that it'd be fine, because she had so few followers anyway.
I had texted Emma not to wait up, because I'd be home later than anticipated and I would hate for her to fight to stay awake. She texts me back to have fun, which is very out of character regarding anything around Piper, but I don't have the energy to question it. When I get home, she is asleep.

"Morning," I kiss her cheek from behind, and it gets me a small smile.
"Hey," She says, just like last night. "Slept well?"
"Like a baby." I nod, hitting the button on the coffee machine. Frank circles my legs, knowing that he might finally get breakfast. "Any plans for the day?"
She shakes her head, leaning against the counter. "No, I think I'd just like to stay in. It's been a long couple of weeks, I could use the time at home."
She doesn't meet my eye as she says it, and I frown, but don't press. "Sure thing. I thought we could do some Christmas shopping tomorrow."
She nods slowly, seemingly not entirely with her head in the conversation. The toaster pops up with her breakfast, and she heads towards the dining table. When she's out of sight, I roll my eyes to myself. It continues like that the entire morning; Emma acting stand-off-ish, despite my attempts to connect with her in some type of way. It's not difficult to deduct where this behaviour is coming from, because I notice her throwing me sideways glances every time my phone dings Piper's ringtone, despite her best efforts not to let me see.
"Alright, just spit it out." I say eventually; we're on the couch together, watching bake-off episode from another country. I have muted it, and Emma looks at me with expectant, if not slighty confused eyes. "You've been weird all morning, and we both know why. Just get it out of your system, and then we can get it over with, because this silent-treatment is worse than anything that might come up in a fight."
Her brow furrows, and she visibly hesitates. Then she shifts, so that she's actually facing me, and doesn't meet my eye when she says: "If... if you feel the need to explore your friendship further and kiss her or sleep with her, Id be okay with that as long as you tell me. Because I want to be with you - even if you do want that, as long as I know."
The words take a moment to sink in. And even when they do, they don't make sense. All they do, is release a rush of anger in me. "Excuse me?"
Emma's cheeks flush pink. "I saw the picture of you two last night, how close you were. And I know that you were like... that, with Liliana. So if that's what you need, to make this relationship work..."
She has the audacity to sound hurt about it. I can only stare at her, while she's staring down on her hands. My head is spinning, trying to figure out if I want to scream at her or just walk out right now. This silent-treatment is worse than anything that might come up in a fight. How quickly I got proven wrong. The more I mule over the words in my head, the more my heart breaks.
"So not only," I start, my voice strained. "do you refuse to believe me when I say there's nothing between me and Piper, now you are suggesting I sleep with her? And then you make it seem like it's some big sacrifice from your side!" I let out a hollow laugh, feeling the anger slip into my veins. "How many fucking times do I have to tell you that there's nothing going on?! And even if- even if there was something more coming from Piper, how dare you even fucking suggest that that's what I want?!" I've stood up now, pacing the living room. "Where the hell is this coming from?! When have I ever given you reason to doubt my loyalty to you?!" I'm yelling, though I barely notice. Frank's gone to hide in the guestroom, as always when things start heating up between me and Emma. "I keep telling you there's nothing, and you keep acting like I'm betraying your trust by hanging out with her and refusing to see what you say you see, but have you ever stopped to consider what it feels like? It's not just her you distrust, you distrust me!" Another hollow laugh, my voice shaking with anger now. "You're acting like you're catering to me, like you know what I want, because you're such an expert on the life of Lucien and all that he wants and needs, but what the fuck, Emma?!"