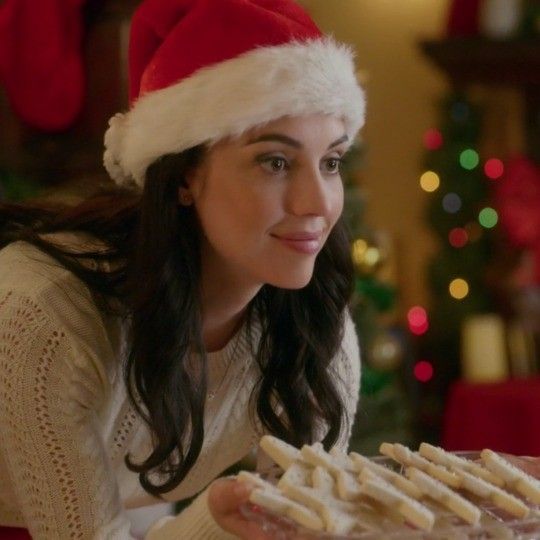 The rest of our night is filled by watching shitty Christmas movies, sprawled out on the couch, the fireplace roaring and Frank happily purring in Eschieve's lap. Eschieve demanded we'd do face masks, so my skin feels soft like a baby's butt and smells like strawberries by the end of the night, and even Lucien got roped into the whole beauty routine, small pieces of peel off mask still in his facial hair. It leaves me with a nice task to do for part of the second movie we watch, small smiles making place for grunts when I accidentally pull on his hair for the hundreth time in a row.
"Can I bring him into my room?" Eschieve asks as I blow out the candles, Frank following her like her shadow.
"You can, I don't know if you should... He's a big fan of waking you up early by clawing at your face."
She chuckles. "I don't mind. It's Christmas anyway, laying in bed is a waste of time."
I could correct her and say it's not actually Christmas yet, but I just smile. In the kitchen, I hear Lucien place our glasses into the dishwasher, humming a Christmas song.
"Any wishes for breakfast tomorrow?" I smile when her eyes sparkle. "You're our guest. We're both glad you're here, so we'd better make sure that's mutual."
With the black and white cat now in her arms, calm as a baby, she smiles. I could swear I see her swallow some tears, but I don't bring it up.
Christmas is an emotional time, especially when you're not used to celebrating it with family. She deserves her emotions just as much as the next person, and she doesn't have to talk about them if she doesn't want to.
"Could we go out for brunch? Beth mentioned this one place that does great breakfast that isn't just a full English," she pretends to gag, causing me to shake my head as I laugh.
"I'll make the reservation online immediately," the light in the kitchen turns off, and out comes Lucien, his eyes a little tired but the same smile on his face that has been there all day. "Do you need anything else? Extra pillows, blankets, hot water bottle?"
She shakes her head. "I'll be okay, I think. Frank and I are going to get some well deserved beauty sleep." Lucien kisses her on the top of her head, a brotherly and loving act, and ruffles Frank's head. "Good night, see you tomorrow."
After a quick shower, we're both in bed. The room smells faintly like the apple and cinnamon candle that's burning on my nightstand, and I find my way into Lucien's arms as he's reading one of the many books that's been on his nightstand for forever.
"Happy?" I ask him, placing my head on his chest.
"Very," he smiles, kissing my forehead. "It's nice, having Eschieve here. It's almost like it's never been different."
"She really is a part of our family, huh?" Lucien hisses quietly as I place my cold feet against his legs, tensing up. "I'm slightly worried she'll take the cat once she leaves, though."
He chuckles. "I'll make sure she doesn't."

The next morning, it's barely light out when I hear our bedroom door creak open. My eyes flutter open to see if it's Lucien, getting out of bed for some reason, but he's still next to me.
As I rub the sleep from my eyes and sit up, I'm faced with Eschieve peering her head around the door. "Morning," she smiles softly, followed by a black and white cat agressively meowing as he jumps onto our bed.
Lucien groans, stretching his arms out as he wakes up. "What time is it?" his voice still sounds hoarse and half asleep it's hard for him to control the accent, which is why early in the morning he sounds the most French.
"Seven fifteen," Eschieve has now stepped into our bedroom, dressed in a large white shirt and some bright red pajama shorts. "Frank woke me up and I couldn't figure out how to work the radiator, so I was really cold. Your room is very cosy, though..." she glares over at our radiators.
Still waking up, it's hard for me to fathom exactly what is happening, but in no time, not only has Frank joined us in the bed, so has Eschieve. She squeezes herself in between us, making her way under the sheets.
"Oh," she snickers awkwardly when she's faced with the sheer reality - she has just gotten into bed with Lucien in just his underwear, and me in just a pair of his boxershorts. "Should I have checked?"
"I'll put a shirt on," I shrug, ready to turn on my side and get out of bed, but she smiles.
"No, no, don't worry. I can get out..."
I pick up the shirt I abandoned somewhere last night and put it on in a swift movement before Eschieve can even make her way out of our bed.
"So how'd you sleep?" I check with her, chugging the glass of water next to the bed to swallow my birth control, a ritual for each and every morning.
"Alright," she shrugs, and from the look on Lucien's face she has just done the same thing I did last night - planted her feet somewhere on his hot skin. "Frank's nice to share a bed with, if you disregard the snoring and the early wake."
I bite back a comment I could make about her brother and how he'll snore when he sleeps on his back, only stopping when I physically push him onto his side.
"So what are we doing today?" she exitedly asks, petting Frank. "Besides brunch, and heading into town. I still need to get Emilia and Felix gifts, so I need your help. I'm not too good with babies."